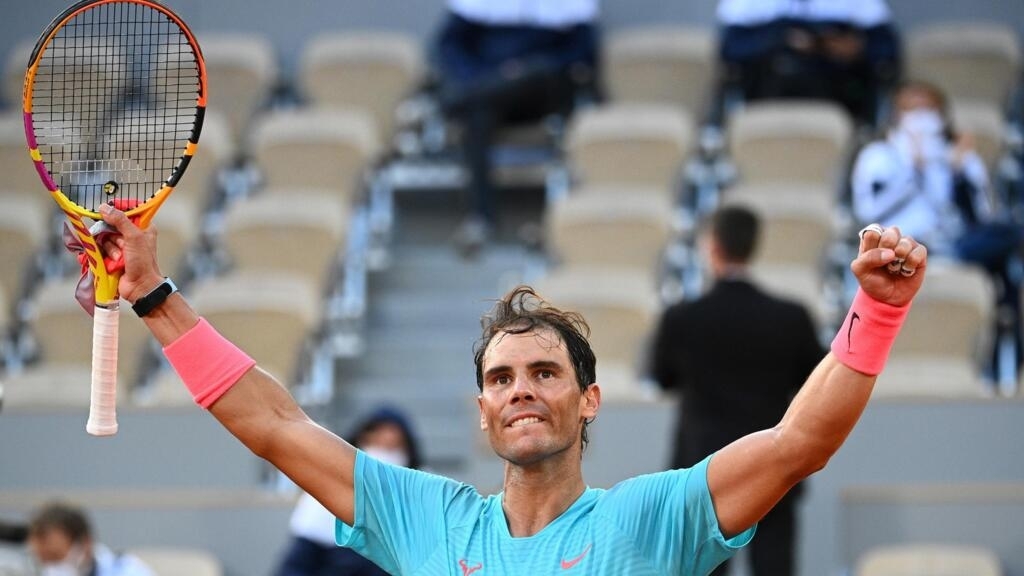 Rafael Nadal beat Argentinian Diego Schwartzman on Friday in three sets to advance to his 13th Roland-Garros final. The Spanish player is only one step away from matching Roger Federer’s Grand Slam trophy record.

The world number 2 Rafael Nadal is only one victory away from a historic thirteenth coronation at Roland Garros after his qualification, Friday, October 9, for the final at the expense of the Argentinian Diego Schwartzman (14e), in three sets, 6-3, 6-3, 7-6 (7/0).

At 34, Rafael Nadal is also only a success to equal the record of twenty Grand Slam trophies held by Roger Federer. In the final, the Spaniard will face the world number 1, Novak Djokovic, or the young Greek Stefanos Tsitsipas (6e).

“For me, it’s incredible to play the final at Roland Garros once again,” he said.

Against Schwartzman, the only player to beat him on ocher in 2020, in Rome in the quarter-finals, the first set stretched for just over an hour. The first game alone lasted thirteen minutes. But, despite the resistance of the little Argentinian (1.68 m), Nadal early widened the gap (2-0, then 3-1).

Schwartzman, for the first time in his career in the last four in a Grand Slam, at 28, has generally committed too many unforced errors (48) to really push the Mallorcan to his limits.

However, he shoved it further in the third set, by “breaking” twice, to return to 3-2, then 4-3, and going so far as to get three break points to lead 6-5. But Nadal bravely dismissed them, and concluded with an impeccable decisive game to win in just over three hours.

So much so that he climbed to the final without having let slip a single set for the fifth time in his career.

Schwartzman is “better every time”

“It was a very difficult game, especially in these conditions,” said the Spaniard, even if, quite exceptionally since the start of the Paris fortnight, this first semi-final was played under the sun.

“In the third set I made a few mistakes and he played well,” he added. “I played a lot against him (ten times before today, Nadal was leading 9-1). He’s better every time. Two days ago, he had a great game against Dominic (Thiem, beaten in five sets after more than five hours of play). Today it worked for me and I’m very happy, “he added.

Rafael Nadal thus reaches his 28e Grand Slam final. In total, he records his 99e victory at Roland Garros. He only lost it twice, in 2009, in the round of 16 against Sweden’s Robin Söderling, and in 2015, in the quarter-finals against Djokovic. He forfeited before his third round in 2016.

Nadal will therefore play his thirteenth final on Parisian clay on Sunday. No other player has reached more than six. The Spaniard triumphed at Roland Garros between 2005 and 2008, 2010 and 2014, and since 2017.

To prevent the US election from degenerating, Facebook will ban political ads

The Rugby Championship - Rugby Supremacy in the Southern Hemisphere

the specter of intercommunity violence resurfaces

a “civilian or military” transitional president will be put in place, says junta