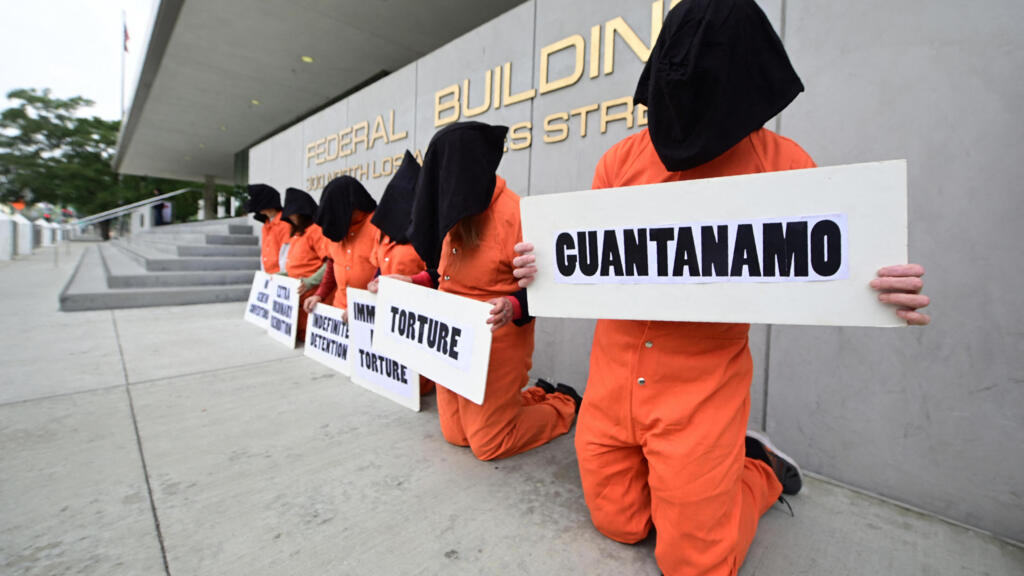 The release this week of three prisoners arrested between 2001 and 2003 revives the question of the closure of the Guantanamo prison where 40 people are still being held. The White House is in favor, but the obstacles remain to put an end to this symbol of the abuses of the fight against terrorism.

He is the dean of Guantanamo prisoners. A White House commission approved Monday, May 17, the release of Saifulllah Paracha, 73, suffering from serious heart problems, as well as that of two other detainees.

Suspected by the American authorities of having participated in the financing of Al-Qaeda and of having supported two members of Osama bin Laden’s organization, this Pakistani businessman has always said he did not know he was dealing with terrorists.

Trapped by the FBI during a trip to Bangkok in 2003, he was arrested and then tortured in a secret prison. Transferred to Guantanamo, he was never charged, like most of his fellow detainees.

As the United States prepares its withdrawal from afghanistan for the 20th anniversary of the 9/11 attacks, Guantanamo now houses only 40 prisoners.

Of this total, 9 are now awaiting transfer, 12 are being prosecuted for war crimes, including Khalid Sheikh Mohammed, the alleged mastermind of the 9/11 attacks. In addition, 19 are considered too dangerous to be imprisoned in another country, as recalled by Carol Rosenberg, a leading specialist in the case for the New York Times.

Stalled under Donald Trump’s tenure, the debate around the closure of Guantanamo seems to have revived in the United States since the election of Joe biden.

In April, 24 senators, mostly Democrats, sent a letter to the president in which they describe Guantanamo as “a symbol of injustice and human rights violations” and call for its closure as quickly as possible.

The argument is also financial. Maintaining the Guantanamo camp, located in southeastern Cuba, costs $ 445 million a year, much more than a high-security prison in the United States, says ACLU, the leading human rights association. civil rights. According to an investigation by American public radio, NPR, the military detention center is said to have cost US taxpayers more than $ 6 billion.

The White House has repeatedly indicated that it is in favor of this closure. But so far, the new president of the United States has not provided details on how to succeed. where Barack Obama failed.

Joe Biden was vice president when Obama ordered the closure of Guantanamo in January 2009. The former White House tenant then wanted the prisoners to be tried in civilian courts. But the highly unpopular decision was blocked in Congress by Republicans.

While Barack Obama did not succeed in shutting down Guantanamo, he drastically reduced the number of people in jail since when he took office, 242 people were held there. During his two terms of office, dozens of detainees were transferred to third countries after validation by the Presidency’s Revision Committee (PRB).

These releases were interrupted under the presidency of Donald Trump during which a single Saudi prisoner was transferred to his country of origin in May 2018.

To put an end to Guantanamo

According to lawyer Shayana Kadidal, of the Center for Constitutional Rights who defends several detainees, Joe Biden could let the PRB do it to empty Guantanamo. Questioned by the AFP, the lawyer welcomes a “change of attitude” of the commission which would be more attentive to the most difficult cases such as these detainees suffering from physical and psychiatric problems and having been tortured by the CIA.

“I think we can expect serious decisions from the Biden administration”, analyzes the British investigative journalist and specialist in Guantanamo, Andy Worthington, joined by France 24. “The American authorities recognize today that this prison is no longer used for nothing and that it is no longer possible to hold people forever without charge or trial. ”

We still have to find countries to welcome the released prisoners. For this, Barack Obama had created an emissary post to negotiate these repatriations, but it was abolished by Donald Trump.

Today, human rights groups and parts of the American political class are urging Joe Biden to revive this key position.

Another difficulty, since 2010, the United States has stopped returning prisoners to the Yemen whereas a large part of the prisoners at Guantanamo are from there. US officials fear that the government will be unable to monitor these men and prevent them from joining the ranks of the local branch of Al Qaeda.

Finally, the fate of the 12 prisoners still in the military justice system remains to be resolved. Six of them, including Khalid Sheikh Mohammed, face the death penalty. But their complex cases are advancing very slowly. They are still awaiting trial by a military commission, which has issued only two convictions in two decades.

According to Andy Worthington, the prospect of seeing them tried in civilian courts is unlikely as authorities fear revelations about the torture suffered by prisoners. “Even under Obama, it was never discussed.”

“Yet I think these detainees, if tried in a federal court, would be sentenced. It would not be a glorious day for American justice but it would perhaps be the only solution to get out of this situation ”, he explains. “On the other hand, I know the CIA wouldn’t mind if there was never a trial and these men stayed in Guantanamo for the rest of their lives.”

A total of 779 men have passed through Guantanamo since 2002, from 19 countries, including more than half from Yemen, but also from Afghanistan, Saudi Arabia, Egypt, Pakistan, China and Russia.

In Paris, a new museum of contemporary art welcomes the collection of François Pinault

after the Affair of the Century, a complaint to put the executive before its “responsibilities”