2020 on the podium for the hottest years on record 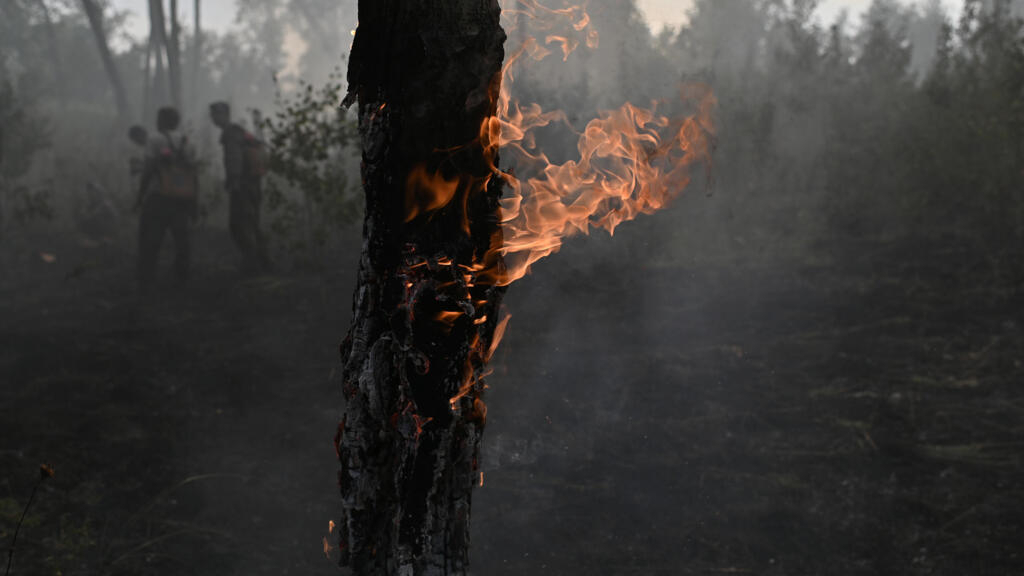 According to the UN, 2020 is expected to be among the three hottest years on record, with 2016 and 2019. The most remarkable heat was observed this year in the Siberian Arctic, where temperatures were more than 5% higher. ° C on average.

The year 2020 is shaping up to be one of the three hottest never recorded, and there is a risk that the rise in mercury exceeds 1.5 ° C, a threshold set in stone in the Paris Agreement, by 2024, alert the UN Wednesday, December 2.

“The ecological balance of the planet is upset” and “humanity is waging war on nature, it is suicidal”, denounced the secretary general of the UN, Antonio Guterres, demanding that the summit of December 12 for Marking the fifth anniversary of the Paris Climate Agreement will spark a real movement.

New Zealand did not wait, proclaiming a state of “climate emergency” on Wednesday. The country, whose coasts are threatened by warming, is following a movement launched on May 1, 2019 by the British Parliament, followed by Ireland.

“Making peace with nature” must “be the top priority for everyone, everywhere”, launched the head of the UN, welcoming the first commitments towards carbon neutrality emitted by China, the European Union, Japan or South Korea.

Reduce the production of fossil fuels

According to the World Meteorological Organization’s (WMO) provisional annual report on the state of the world’s climate, the past decade will be the hottest on record, as will the six years since 2015.

According to provisional data, 2020 is the second warmest year, after 2016 and before 2019, with a global average temperature between January and October about 1.2 ° C higher than that of the reference period 1850-1900 .

The difference between these three years is however small and the exact classification could change once the data are available for the whole year, specifies the WMO.

“Years of record heat generally coincided with a strong El Niño episode, as was the case in 2016. La Niña tends to cool global temperatures, but the anomaly that appeared this year was not enough to curb warming. “, said WMO Secretary General Petteri Taalas.

The natural weather phenomenon La Niña is the reverse of the El Niño phenomenon and corresponds to the cooling of surface waters in the central and eastern equatorial Pacific.

And according to the WMO, there is at least a one in five chance that the global average temperature will temporarily exceed 1.5 ° C by 2024.

In the Paris Agreement, signed in December 2015, 195 countries pledged to limit the rise in temperature “to well below 2 ° C” compared to the pre-industrial era and to “continue efforts to limit increasing the temperature to 1.5 ° C “, in order to avoid dramatic and irreversible consequences.

“It took about a century for our greenhouse gases to warm the planet by 1 ° C, we are on track to add 1 ° C more in the next 30 years alone,” observed Neville Nicholls, professor at the ‘Monash University in Australia.

According to a United Nations Environment Program (UNEP) report published on Wednesday, the world must reduce fossil fuel production by 6% per year by 2030 to hope to limit warming to + 1.5 ° C. But the forecast is for an increase.

Extreme heat, fires, floods, increasing acidity of the oceans, a record hurricane season in the Atlantic … all signs that climate change has continued its inexorable progression this year.

The most remarkable heat was observed this year in North Asia, especially in the Siberian arctic, where temperatures were more than 5 ° C above average.

At the end of June, 38 ° C was recorded in Verkhoyansk in Siberia, which is provisionally the highest temperature observed north of the Arctic Circle.

The fire season, which ravaged large areas of Australia, Siberia, the west coast of the United States and South America, was the most active in the past 18 years.

And “the floods in parts of Africa and Southeast Asia have led to massive population displacements and compromised the food security of millions of people,” observed Petteri Taalas.

As for the bad news, the Arctic sea ice reached its annual minimum in September, ranked second among the least extensive in 42 years of satellite observations.