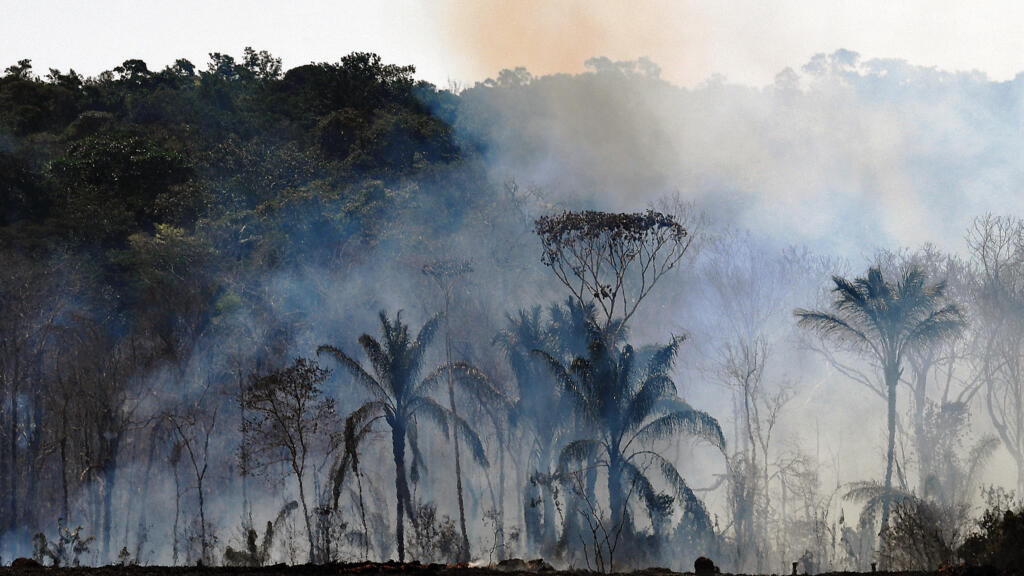 According to official data from the Brazilian government, the destruction of the Amazon has reached a new record for one year, unheard of for the past 12 years. Brazilian environmentalists see red and point the finger at the policy of Jair Bolsonaro.

Amazonia still burning. In 2020, more than 11,000 km² of the world’s largest rainforest went up in smoke, up 9.5% from last year, according to data from the Brazilian National Space Research Institute (INPE ). An area equivalent to that of a country like Qatar or Montenegro.

This sad record is much higher than the previous one which dates back to 2018, a year before the coming to power of Jair Bolsonaro. At the time, 7,536 km² had been deforested.

In other words, Brazil will not achieve its own target of reducing deforestation to around 3,900 km², in accordance with the 2009 climate change law. The text does not specify whether sanctions are applicable in the event of no respect for the law, but prosecution could be brought by the government.

“The efforts are starting to bear fruit”

Faced with this worrying increase, environmentalists have stepped up to the plate by pointing the finger at the responsibility of the government. For their part, federal officials are delighted by these figures which, according to them, reflect government progress in the fight against deforestation. In 2019, the increase in deforestation amounted to 34%.

“The efforts we are making are starting to bear fruit,” said Vice-President Hamilton Mourao during a press conference at the INPE headquarters, in the city of Sao Jose dos Campos, in the state of from Sao Paulo, Monday, November 30.

Since the start of his tenure, Jair Bolsonaro has weakened the Ibama environment agency and called for further development of agricultural trade and mining in the Amazon region. Measures which, according to him, should enable the region to emerge from poverty.

“The State unable to take care of our forests”

But for conservationists, the local population was purely motivated to clear the rainforest. “The figures show that Bolsonaro’s plan has worked, which means that the Brazilian state and protection agencies are unable to take care of our forests and fight crime in the Amazon,” lamented the Observatory of the climat, a Brazilian NGO, in a report.

To protect the Amazon, President Bolsonaro’s main response has been to send military personnel to the region to fight deforestation and forest fires. Their mission, which began in 2019, is due to end in April 2021.

But Vice President Hamilton Mourao assured that new measures would be taken after the end of the military operation, without giving more details. The government is subject to tight budget constraints, he said nonetheless.

The worrying situation is causing a strong reaction on the international scene. European leaders like French President Emmanuel Macron have strongly criticized Brazil, arguing that it is not doing enough to protect the forest.

At the same time, the election of Joe Biden in the United States suggests that the United States will in the coming months step up pressure on the Brazilian government to act on this hot issue. Joe Biden raised the possibility of financial aid to Brazil to support efforts to fight deforestation, and of economic consequences if no progress is made. These words have reacted Jair Bolsonaro, who sees it as a threat against the sovereignty of Brazil.