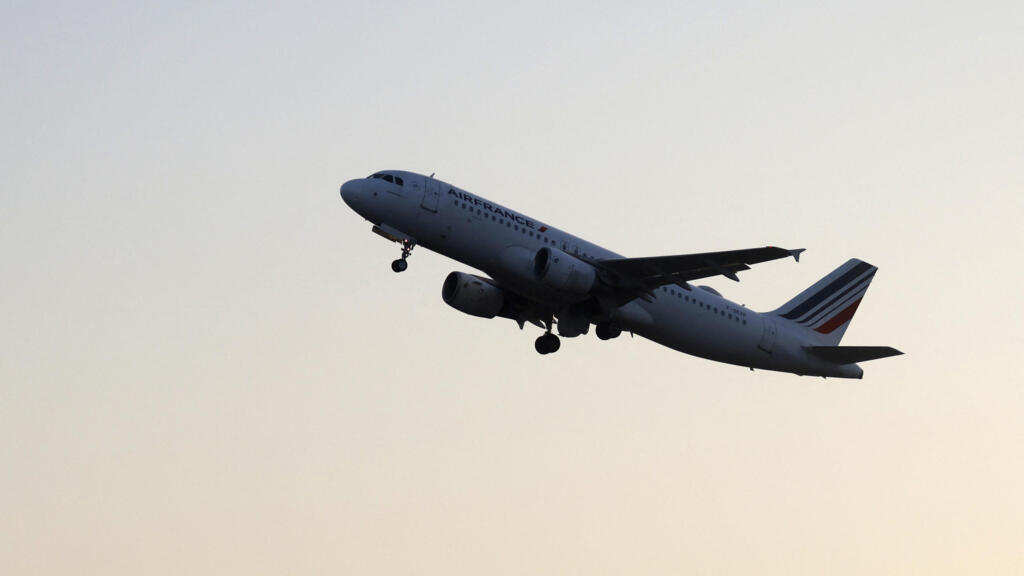 Air France and Total made the company’s first long-haul flight on Tuesday using cooking oil fuel. From January 1, 2022, airlines will have to use at least 1% of this biofuel, the deployment of which remains hampered by low production and an uncompetitive price compared to kerosene produced from petroleum.

It is a symbolic step on the road to carbon-free air transport. Air France carries out, on Tuesday, May 18, the first long-haul flight in its history with sustainable fuel produced from cooking oils by the giant Total.

These biofuels, called “SAF” (from the English Sustainable Aviation Fuel, or fuels durable d’aviation, in French) are currently produced in the biorefinery of Mède, in the Bouches-du-Rhône, and on the site of Oudalle, in Seine-Maritime, the premise of a French sector for the aviation sector.

Made from circular economy waste such as animal fats and used cooking oils, they can be mixed at 50% with kerosene.

From January 1, 2022, airlines will have to use at least 1% of this biofuel, then 5% in 2030, according to the roadmap established by the government.

In the meantime, the electric or hydrogen aircraft, civil aviation, singled out for its environmental impact, is exploring the path of biofuels to reduce its greenhouse gases in the short term.

In recent years, the aeronautics industry has indeed increased the number of experiments. In 2014, the KLM company, for example, made the longest commercial flight with 20% used frying oil in the tank. From 2014 to 2016, Air France experimented with a weekly Toulouse-Orly flight using biofuel. In addition, since June 2020, all of its flights departing from San Francisco in the United States have been using biofuel produced with waste oils and fats.

The sector has set itself the target of reducing its CO2 emissions by 50% by 2050 compared to their 2005 level.

However, the use of these biofuels remains confidential. There are currently three types of biofuels: those based on vegetable or recycled oils, those based on urban or agricultural waste, and those based on the fermentation of sugar, corn or beet. In all cases, their cost is 4 to 5 times higher than traditional fuels.

Another obstacle to their deployment, the very low global production, explains Pierre Georges, journalist specializing in the aviation sector, contacted by France 24. “For many years, only one factory in the world manufactured it in San Francisco, Total has just launched. , but this remains very low production “. In 2019, these biofuels represented less than 0.1% of the 360 ​​billion liters of fuel used by commercial aviation, as France Info reminds us. A drop of water in an ocean of kerosene.

“Global production of biokerosene is expected to represent only 1 to 3 billion liters by 2025, or around 1% of global aviation fuel demand, according to forecasts by the International Energy Agency” , according to The Observatory for the security of energy flows and materials (OSFME).

The ecological impact of these biofuels is also far from neutral. “In reality, of the entire tank, only one part contains biofuel, the rest is kerosene. It therefore remains polluting,” explains Pierre Georges. There are also logistical problems: once manufactured, this new generation fuel must then be transported to airports.

Finally, another difficulty arises in the case of agrofuels, produced from organic materials. To make them, you have to increase the area of ​​agricultural land and destroy forest areas. “Agrofuels as we know them have the potential to cause the displacement of food crops and thus increase greenhouse gas emissions”, recalls the Climate Action Network, in a report published in 2019 on the ecological impact of the aviation sector.

>> Covid-19: what consequences for the aviation sector?

While the end of kerosene from petroleum is not for tomorrow, other solutions are available to the aviation sector to reduce its emissions, which before the pandemic represented between 2 and 3% of CO2 emissions in the world.

Improving jet engine efficiency, aircraft aerodynamics and even the use of composite materials can significantly reduce the amount of fuel used.

“Biofuel is often perceived as ‘greenwashing’ by associations for the defense of the environment. What is much more effective are fleet renewals”, analyzes Pierre Georges. In fact, each new generation of aircraft consumes around 25% less fuel and these renewals have accelerated considerably during the Covid-19 pandemic“.

Gone are the sky giants like the Airbus A380 or the Boeing 747, make way for smaller planes like the A350 and the A220 “which carry fewer passengers but consume much less kerosene”.

It remains to be seen whether these technological developments will keep pace with the growth in the number of passengers, which was steadily rising before the Covid-19 pandemic. As it stands, technological innovations will not be enough to offset the increase in traffic, assert environmental protection associations. According to the United Nations-dependent International Civil Aviation Organization (ICAO), emissions from air transport could triple by 2050.

African economies: a summit to emerge from the crisis and finance development

the opponent Cellou Dalein Diallo launches into the race

In Algeria, the anti-covid-19 vaccination campaign begins in Blida