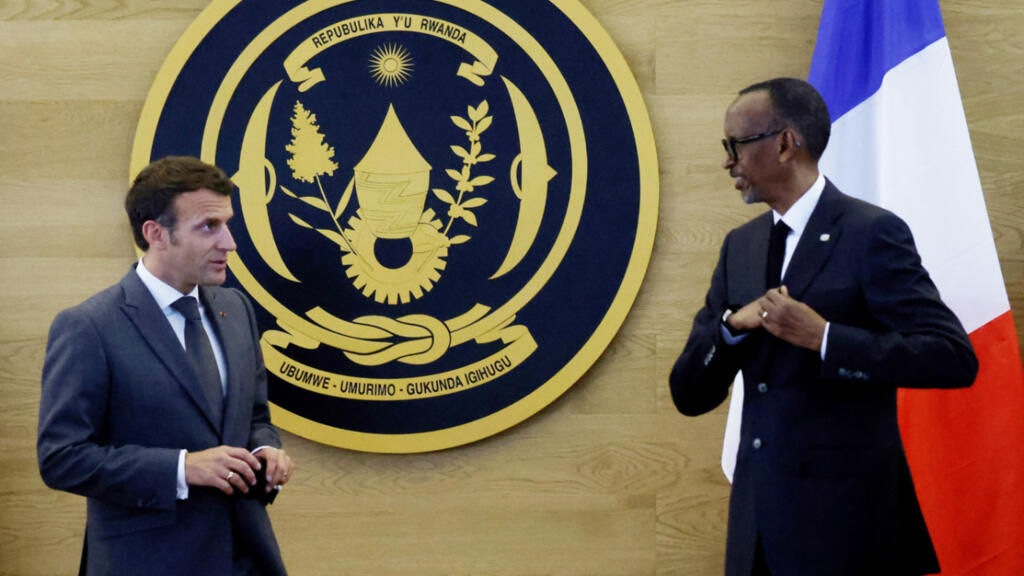 In Kigali, Emmanuel Macron insisted on Thursday on France’s “overwhelming responsibility” for the genocide in Rwanda, without making the long-awaited apologies. For the political scientist Michel Galy, this speech has “a taste of incomplete”, even if it marks the end of a form of institutional denial.

On an official visit to Kigali, ten days after receiving his Rwandan counterpart in Paris, the French President, Emmanuel Macron, held, Thursday, May 27, a highly symbolic speech during which he recognized the “overwhelming responsibility” of France in the genocide in Rwanda.

“France is not an accomplice, but it has a role,” he said, then evoking the duty to “recognize the share of suffering inflicted on the Rwandan people by making silence for too long prevail over the examination of truth.”

After 27 years of “bitter distance” between Paris and Kigali, the words of Emmanuel Macron were greeted by the Rwandan President, Paul Kagame, as having “more value than an apology.” An apology eagerly awaited by the associations of genocide survivors, who regret that the term was not used by the French Head of State, as it was, for example, on the part of Belgian leaders.

For Michel Galy, political scientist specializing in sub-Saharan Africa, contacted by France 24, if the term “apologies” would indeed have marked the culmination of this recognition process, the visit of Emmanuel Macron and the speech delivered in Kigali undoubtedly mark the end of a denial, essential for the normalization of Franco-Rwandan relations.

France 24: During a press conference, Emmanuel Macron felt that it was not his responsibility to issue a formal apology on behalf of France. Why is the choice of words so important ?

Michel galy : The term “apology” may sound formal and can only seem like a word, but it would mark the culmination of a long historical process of recognition of France’s role in the genocide in Rwanda.

An evolution has taken place through the various reports of French historians and rwandan, and in this recognition, not of complicity but of “heavy responsibilities” of France, as the Duclert report recently noted.

We are therefore progressing little by little, through the different declarations, the different political speeches, towards a Franco-Rwandan rapprochement, without – as everyone expected – Emmanuel Macron using the term “apologies”. A term that is particularly difficult to pass in the French army.

Emmanuel Macron nevertheless insisted on the “overwhelming responsibility” of France. Can we speak of a historic turning point ?

This recognition is sealed. It would surprise me if subsequent presidents backtrack from this recognition of “heavy responsibility.” In addition, at the institutional level, this marks a major turning point since there will be an exchange of ambassadors and resumption of cooperation.

But still, it leaves a taste of unfinished business because the term “apology” was not used. A term that was formulated for the Jewish genocides and Armenian. This is one of the very contemporary issues of memory.

It is, however, arguably the end of denial. A denial that is still expressed, either by senior officers who are no longer active, or by certain far-right historians who refuse to recognize any negative role of the French army and of France in the genocide.

It is likely that the terms and acts were weighed down to the millimeter by an agreement between the French and Rwandan governments before Emmanuel Macron’s trip.

The French President’s visit to Kigali marks an appeasement in Franco-Rwandan relations. How can their normalization manifest ?

So far, paradoxically, the events which have contributed to advancing this process could perhaps be sought in France in the judicialization of the genocide in Rwanda. A number of actors have been arrested in France, tried and sentenced to very heavy prison terms. But the recognition by French justice of the genocide and those responsible was very late.

The process initiated very recently with the recent visit of Paul Kagame to France and the appointment of the former Minister of Foreign Affairs of Rwanda at the head of La Francophonie – a paradoxical event given that Paul Kagame and his regime anglicized Rwanda – will be able to continue. This will be done through an exchange of ambassadors and a resumption of economic cooperation, especially as the Rwandan president has lost support in the Anglo-Saxon world, mainly in Britain and the United States.

This process could also have an effect on judicial cooperation. If it escalated, it would manifest itself in a multitude of future proceedings against Rwandan or Franco-Rwandan nationals who had taken refuge in France. The associations have identified a number of them and it could be that there is a boost, international justice in Arusha and the gacaca courts (village community courts, Editor’s note) having, for their part, finished judging the genocidaires. .

In France, the justice system has acted so far in a still very partial way. Actors of the genocide took refuge in France under false or real identities, starting with Agathe Habyarimana, the wife of the Rwandan president killed in 1994, who was part of the organizers of the genocide and who lives happy days, near Paris, with a very ambiguous legal status, without ever having been tried.

Covid-19: “We must avoid any nationalism in the distribution of the vaccine”, says Melinda Gates

Green light from the Supreme Court, the Copa America will finally take place in Brazil

what to expect for the start of the school year?