a PSG-Lyon with multiple stakes for the last final 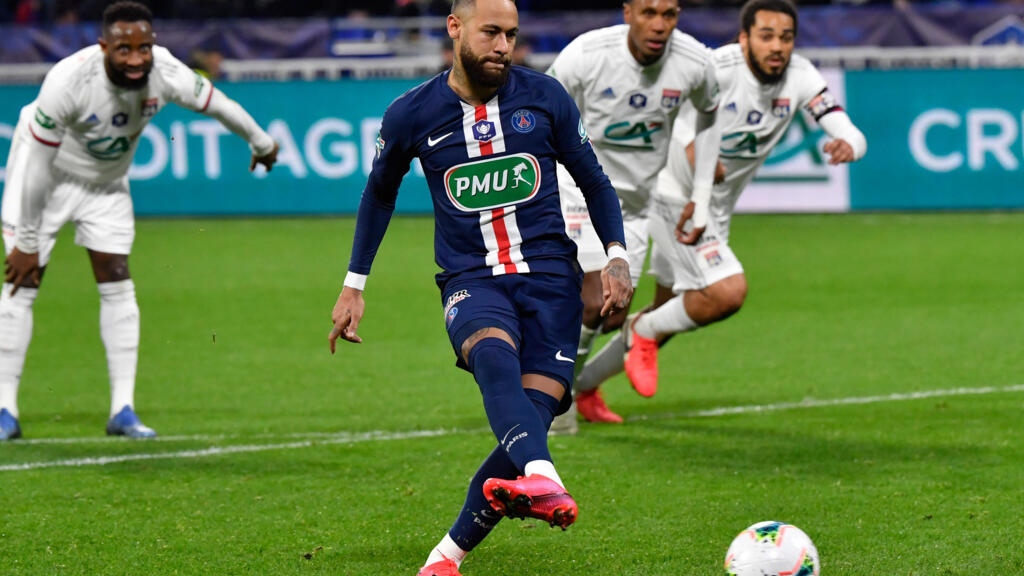 Before the return of the Champions League, the last two French representatives in the competition face each other in the final of the last League Cup in history on Friday at the Stade de France.

A match of the “last” … Last League Cup in history, last French official match of the strange 2019/20 season truncated by the Covid-19 pandemic, last opportunity for Parisian coach Thomas Tuchel to win the only French trophy missing from his record and last chance to afford a ticket to Europe in Lyon … The stakes are not lacking for the 26e and last final of the Coupe de la Ligue which will oppose PSG in Lyon on Friday July 31 at the Stade de France.

Tuchel wants to silence the critics

With less than fifteen days of its Champions League quarter-final, August 12 against Atalanta Bergamo, Paris has the opportunity to end its domestic season with a Grand Slam. After winning the Champions Trophy, the Championship and the Coupe de France, all that is needed is a trophy to reconnect with its national omnipotence.

The minimum expected to come full circle, 25 years after winning the first edition in 1995, and to forget a disappointing 2018/19 season, where he had to give way the two national cups. A counter-performance which had earned Thomas Tuchel unflattering comparisons with his predecessor Unai Emery, author of a “quadruplet” in his first season on the Paris bench.

The Coupe de la Ligue final on Friday against Lyon “is a great challenge: we are playing a Champions League match”, warned the PSG coach. “We have already had a decisive, complicated match (last Friday against Saint-Etienne in the Coupe de France final). We won it (1-0). It gives a lot of confidence, a good atmosphere. Lyon is a team Champions League, it is necessary to prepare well. “

Lyon wants to be European next season

Seventh at the time of the anticipated end of Ligue 1, Jean-Michel Aulas’ club must beat PSG on Friday, or win the C1 in August, in order to avoid a first season without a European Cup since 1997. A cataclysm symbolic and financial that President Jean-Michel Aulas wants to avoid at all costs!

A victory against PSG would allow OL to play in the second qualifying round of the 2020-2021 Europa League. Conversely, if the Parisians win, it is the Stade de Reims, sixth in the Championship, which will ensure the sesame.

But by seizing the Cup, Lyon also has the opportunity to put an end to eight years of famine, as coach Rudy Garcia recalled in a press conference:

🎙 The coach @RudiGarcia before #PSGOL : “It’s a great opportunity to win a trophy. We have to eat to the full in this final. We want to bring the trophy back to Lyon. We have a very high level team.”

Preparation for the Champions League

To achieve the feat, Rudi Garcia will be able to count on the returns of Memphis Depay and Jeff Reine-Adelaide … who should never have played this final, initially scheduled for April 4. The interruption caused by the Covid-19 pandemic, which turned the calendar of the season upside down, gave them time to recover from a serious knee injury that occurred in December, to come back fit in the “money-time” of the season and efficiently prepare the 8e return of C1 against Juventus Turin on August 7.

In Paris, the return of the C1, the club’s major objective, is in everyone’s mind, as midfielder Marco Verrati recognizes:

“Thinking about it is one thing, preparing it is another thing. Of course (Atalanta) is on everyone’s mind, it’s a very important game, we all know that. But we do not prepare it. (..) We are in the final, we will do everything to win it. We have four finals until the Champions League “, explains the Italian referring to the special format in the form of “Finale Four” which will conclude the 2019/2020 Champions League.

Paris will however be deprived of one of its trump cards, the French prodigy Kylian Mbappé, injured ankle in the end of French Cup. Without his man in form, at the origin of the victorious goal in the Coupe de France last Friday, the oiled tandem with Neymar and the association of the “Fantastic Four”, aligned since the resumption, must be put on hold.

For Tuchel, even if he has an almost complete group, there are not many alternatives to learn how to win without Mbappé: either he keeps his system of four attackers by replacing his world champion position for position; or he changes his pattern, adding a midfielder instead of a center forward in a 4-3-3.

A “plan B” heralding the strategy to come in the Champions League, while Angel Di Maria will be suspended against Atalanta Bergamo?

“Without Kylian, it has a very big influence, it’s clear. We want to find the solution. We will find it I hope”, explained Thomas Tuchel, citing the names of Pablo Sarabia and Eric Maxim Choupo-Moting as possible replacements in a 4-4-2 system. “It is not possible to prepare Atalanta because it is a team which plays in a very special way. What we can prepare is our spirit, our mentality. We want to show our hunger to win.”