a wild party of 2,500 people worries the authorities 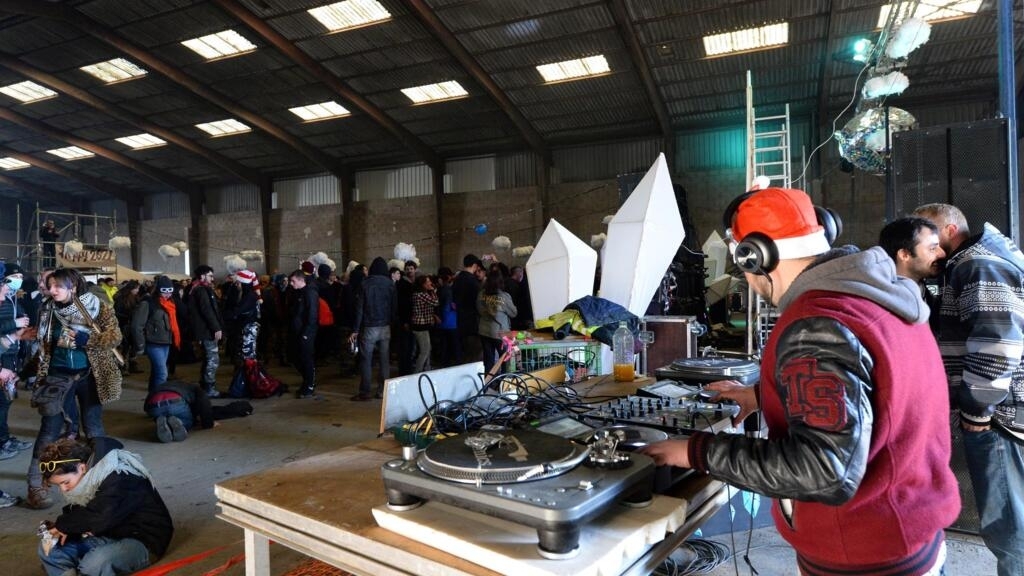 Nearly 2,500 people had met in the south of Rennes to celebrate the New Year during a wild party that the authorities could not prevent.

Ignoring the police and the curfew, some 2,500 “chirps”, sometimes from foreigners, have had a blast on techno since the evening of December 31st during an illegal party south of Rennes. in the morning.

“There was no intervention of the police”, underlines the prefecture, while specifying that the gendarmes, who control the axes to reach the places where were Thursday morning approximately 2,500 people, proceed to control and ticketing operations. The prefecture mentioned an “interruption of the sound” without ruling out the possibility of a resumption of music.

Interior Minister Gérald Darmanin convened Friday evening in Beauvau a meeting on the rave with the prefect and members of the cabinet. “I am working with them this night to restore a normal situation while allowing the maximum physical integrity of all,” he wrote on his Twitter account.

“The gendarmerie checks around the site are continuing. Systematic verbalization of all people leaving the scene, more than 200 PV already recorded “, indicated the gendarmerie on social networks.

The deputy of Ille-et-Vilaine Florian Bachelier (LREM) estimated on his Twitter account that “this gathering of Zadistas” shamed “our country, our caregivers mobilized for months, our dead. May the judicial authority make them understand quickly and radically the meaning of the word responsibility. The State must restore public order immediately “.

This gathering of Zadistas shames our country, our caregivers mobilized for months, our dead.
May the judicial authority make them understand quickly and radically the meaning of the word responsibility.
The state must restore law and order immediately. https://t.co/c2bp5qrDmP

“There is a great hostility, a great violence in front of us which made that the device put in place has evolved and we expect to be in number, to have enough mobile forces to set up a device which is complex , sensitive, in front of these 2,500 delinquents present on the scene “, had underlined the spokesperson for the Ministry of the Interior Camille Chaize on BFM TV.

Thursday evening, the gendarmes had tried “to prevent this installation and faced the violent hostility of many chirkers”, explained the prefecture of Ille-et-Vilaine.

During these clashes “a vehicle of the gendarmerie was set on fire, three other degraded persons and the soldiers wiped bottles and stones, causing slight injuries”, the same source specifies.

Isabelle, a local resident in her sixties living in a house near the hangars “disused for a few months”, explains that the arrival of the revelers Thursday evening was “spectacular”.

In the midst of the Covid-19 epidemic, “we try to do the right thing and when we see what is in front … where is the respect?” She asks.

According to the prefecture, the number of “chirps” was estimated Friday morning at 2,500 “from different departments and abroad”.

Rescuers are on site to distribute gel and masks “to limit the risk of the virus spreading within the rally” which was banned by prefectural decree.

The prefecture specifies that the prosecution has opened an investigation for “unlawful organization of a festive gathering of a musical nature”, “willful violence on persons holding public authority”, “degradation of the property of others in a meeting” or ” covert work “,” unlawful keeping of a drinking establishment “and” infringements of the legislation on narcotic drugs and in particular the facilitation of use “.

At the end of the morning, some revelers left the premises under a radiant sun, noted an AFP journalist. Among them, five Finistériens in their twenties, dressed in black and beanies on their heads.

According to them there are “two hangars” and therefore “two different atmospheres” for this “well organized” party with in particular electric blankets available to fight against the cold.

At this party, which they learned about “by word of mouth”, “there were even foreigners, Spaniards and Italians”.

A little further on, “Jo”, one of the participants from Alsace, explained that he joined a meeting point on Thursday at 7:30 pm in the parking lot of a shopping center. Then the convoy headed for Lieuron where the police tried to prevent them from passing.

During the day, the party to the sound of techno music at full volume continued to resonate in these industrial hangars, many “chirps” dancing next to each other on muddy ground, often without masks, sometimes with bottles. alcohol in hand.