After a year under the sign of the coronavirus, the planet celebrates the transition to 2021 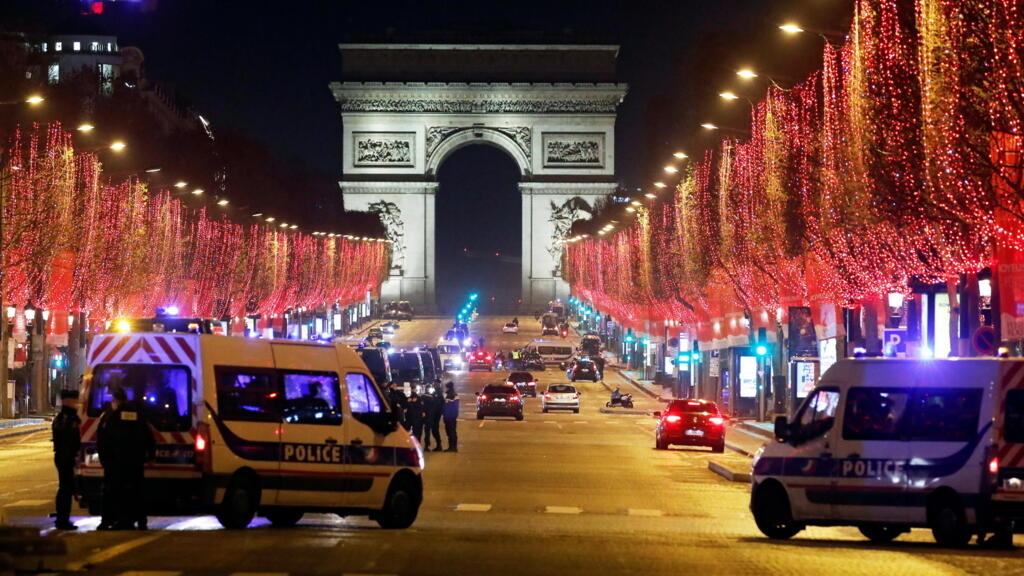 The year 2020 was marked by the deadly coronavirus pandemic. On the night of Thursday to Friday, the world celebrated the arrival of 2021, hoping for a happier year.

The world enters 2021 on Friday under the influence of the coronavirus pandemic which has forced billions of people to celebrate the New Year in privacy and at home.

The new epidemic waves are forcing a majority of residents to follow the celebrations virtually, from their sofa, after months of restrictions or even confinement due to Covid-19, which has killed at least 1.7 million people worldwide.

The small archipelago of Kiribati and the Samoa Islands in the Pacific were at 10 am GMT the first to switch in 2021. New Zealand – where only a few restrictions remain, making this country one of the few the planet where locals can celebrate the transition to 2021 without a screen interposed – followed an hour later, with large crowds gathered in Auckland to witness a fireworks display.

In Sydney, Australia’s largest city, the famous New Year’s Eve fireworks display was fired at 1 p.m. GMT over the Bay, but with a near total absence of spectators after the appearance of a recent outbreak of contamination in the north of the city which totals some 150 cases. “Everyone is waiting for 2021 as a new start,” summed up Karen Roberts, among the few spectators admitted to a bar near the famous Sydney Opera House.

Paris, on the other hand, presented the astonishing image of its empty Champs-Élysées, when hundreds of thousands of people usually crowd there on the last evening of the year. Under the trees adorned with red garlands, about twenty police officers stopped the rare vehicles to check the derogatory certificates of the drivers and to issue fines to the offenders.

To celebrate the transition to 2021, Paris has chosen virtual reality, pushing distancing to the limit: a concert 2.0 by Jean-Michel Jarre was given in the heart of Notre-Dame de Paris cathedral in synthetic images.

France was experiencing a “New Year’s Eve” under curfew, exceptionally supervised by 100,000 police and gendarmes: all travel between 8 p.m. and 6 a.m. – except for professional reasons – was prohibited, any violation of the curfew punishable by a strong fine and clandestine parties liable to be repressed. In several departments in the north and west, the sale and consumption of alcohol on the public highway was also prohibited.

Restrictions which did not prevent the death of a 25-year-old man on the night of Thursday to Friday, “his head torn off” by a firework mortar in Alsace.

Rome without fireworks or firecrackers

It was from their living room that the Romans had to attend the festivities organized at Circus Maximus, the oldest stadium in the city. Two hours of shows were on the program as well as an illumination of the most emblematic sites of the Italian capital. But the municipality had banned fireworks and firecrackers which usually resound everywhere. Italy is under confinement until January 7 with a curfew from 10 p.m.

In hard-hit London, celebrations were muted, as the government urged people to stay home to avoid spreading the virus, with the slogan “Act like you have it”.

American singer Patti Smith, 74, gave a livestream concert in tribute to caregivers in the UK’s public healthcare system who died from Covid-19. But its giant screen live broadcast at Piccadilly Circus was canceled at the last minute due to a pandemic, and its fans had to settle for YouTube.

At the same time, the UK entered a new era at 11 p.m. (local time and GMT), exiting the European single market and the customs union. Only a few dozen revelers showed up in Parliament Square in London to listen to the Big Ben chime.

In Edinburgh, the streets of the cobbled historic district of the Royal Mile were closed and silent as the snow fell. “It’s pretty sad that it’s not the same as it used to be,” commented student Finn Galloway, regretting the street party.

In New York City, where Times Square usually overflows with euphoric people under a shower of confetti, the Manhattan neighborhood was cordoned off and revelers encouraged to follow the televised countdown from home, with American singer Gloria Gaynor performing at 77. his famous disco title “I will survive” (“I will survive”).

After losing her job in marketing, New Yorker Annika Downs, 27, told AFP that 2020 was the year for her “you lose all your markers.”

The United States is the country in the world most bereaved by the pandemic and in his wishes, Mayor Bill de Blasio referred to 2020 as “arguably the hardest year in New York’s history”. “In January, we are going to vaccinate a million New Yorkers,” he promised.

Thousands of people in Wuhan

The gigantic city of Wuhan, China, where the virus first appeared in late 2019, has seen thousands of people gather to celebrate the New Year.

In Hong Kong, despite the restrictions, a few revelers have ventured to the Victoria Harbor waterfront to take selfies.

And in Tokyo, where residents face the prospect of imposing a state of emergency after a record 1,300 new infections a day, the Japanese were lining up, face down or shielded, to offer their New Year’s prayers. Year.

In Russia, President Vladimir Putin admitted in his New Year’s speech that a second wave of infections was hitting the nation. “Unfortunately, the epidemic has not yet been completely stopped. The fight against the epidemic does not stop for a minute,” he said.

Shortly before, a dozen people had, as every year, swam in the icy waters of Lake Baikal in Siberia, braving extreme temperatures ranging between -26 and -35 ° C.

Party without a mask in Brazil

In Dubai, thousands of people were expected to witness a fireworks and laser show at Burj Khalifa, the tallest tower in the world. All people had to wear a mask or register using a QR code.

In Beirut, the authorities also relaxed the measures. The curfew was pushed back to 3 a.m. Bars, restaurants and nightclubs have reopened and have big New Years parties.

In Brazil, the second most bereaved country in the world, circulate on social networks, circulate videos of people partying without masks, and television has broadcast images of police officers closing bars crowded with customers.