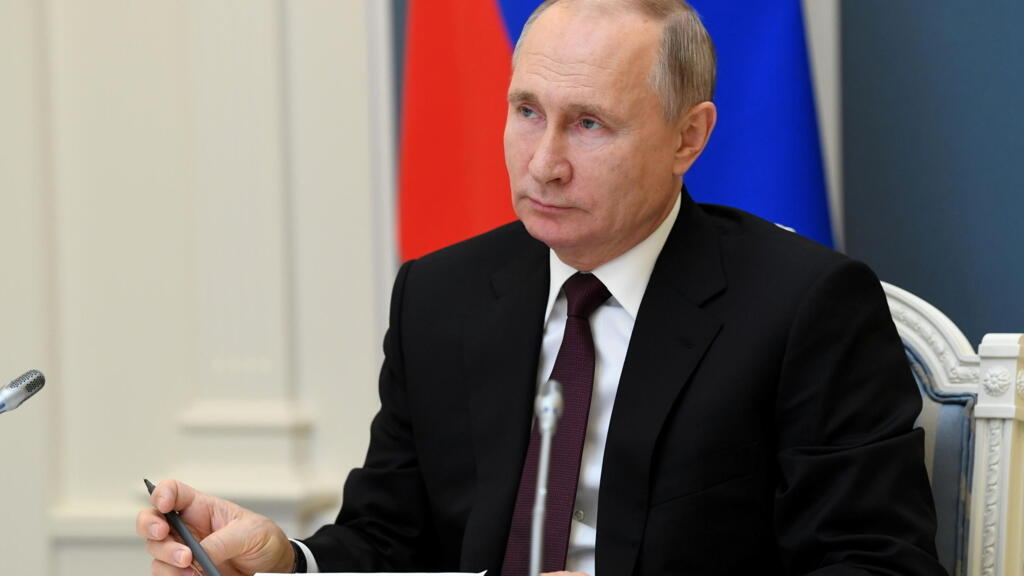 Moscow on Tuesday announced counter-sanctions targeting EU countries in the Alexei Navalny poisoning case. The authorities also qualified as “delirium” the revelations of the Russian opponent who says he trapped an FSB agent who took part in his assassination attempt.

Russian diplomacy said “it has expanded the list of representatives of EU member countries banned from entering the territory of the Russian Federation”, without publishing names.

The Ministry of Foreign Affairs thus reacts to sanctions adopted in October by the Europeans against six Russian personalities, including Alexandre Bortnikov, the head of the secret services (FSB), “under the pretext of their alleged participation in the incident involving Citizen Navalny”.

These counter-sanctions were announced to representatives of the embassies of France, Germany and Sweden, countries whose laboratories have identified a military neurotoxicant of the Novichok type in the opponent’s body, then hospitalized in Berlin after his suspected poisoning in Siberia on August 20.

Germany judged Moscow’s measures against it “unjustified”, without specifying them either. She still claims, according to a German diplomatic source, that Moscow shed “light on the use of a toxic agent of military type against a Russian citizen on Russian territory”.

Russia accuses Berlin, but also Paris and Stockholm and the Organization for the Prohibition of Chemical Weapons of not handing over their files implicating the Novichok.

She ensures thatAlexei Navalny had no poison in his body during his hospitalization in Siberia, and that due to lack of cooperation from the Europeans, no investigation can be opened in Russia.

Chance of timing or not, the Russian reaction to European sanctions comes the day after Alexei Navalny broadcast a video of a phone call in which he leads, under a false identity, a certain Konstantin Koudriavtsev, presented as an expert on chemical weapons of the FSB, to recount certain circumstances of the assassination attempt.

Thinking of speaking to an intelligence official, the individual said he had participated in the destruction of evidence and that Alexeï Navalny had been poisoned by a substance spread on the opponent’s “panty pocket”.

“The patient is clearly suffering from a delirium of persecution and (…) certain symptoms of megalomania,” replied Kremlin spokesman Dmitry Peskov, also deeming the reference to underwear to be “Freudian”.

More sober, the FSB had denounced Monday evening a “falsification” and a “provocation” probably orchestrated with the help of foreign services.

Alexey Navalny’s organization, the Anti-Corruption Fund, told AFP that it had filed a complaint against Konstantin Koudriavtsev with the powerful Russian Investigative Committee.

After the publication on December 14 of a first investigation by the English site Bellingcat, in collaboration with Alexeï Navalny and European media, Vladimir Putin admitted Thursday that the opponent was under surveillance, but stressed that he would be dead if one had wanted to kill him.

“A trap worthy of Hercule Poirot”

Critics of the Kremlin laughed at the apparent humiliation of the FSB, the heir to the KGB which represents the elite of the security services and which Vladimir Putin led in the 1990s.

In the columns of Novaïa Gazeta, the editorialist Youlia Latinina describes the blow struck by Navalny as “a trap worthy of Hercule Poirot”.

On social media, memes and jokes denigrating the FSB were on the increase, while the opponent’s video was viewed 13.5 million times in 24 hours.

“Basic intelligence rule: (…) never simply accept a call from someone you don’t know. Apparently, that can’t be learned at the FSB school”, mocks Wolfgang on Twitter Ischinger, head of the Munich Security Conference, a former German ambassador specializing in West-Russia tensions.

Bellingcat specializes in investigations unmasking suspected Russian agents by analyzing databases that have been leaked or sold on the internet.

Before the Navalny affair, this site had published the names of the Russian military intelligence men responsible, according to it, for the poisoning in England in Novichok of a former double agent, Sergei Skripal.