already qualified for the “Final-4”, the Blues bite Sweden 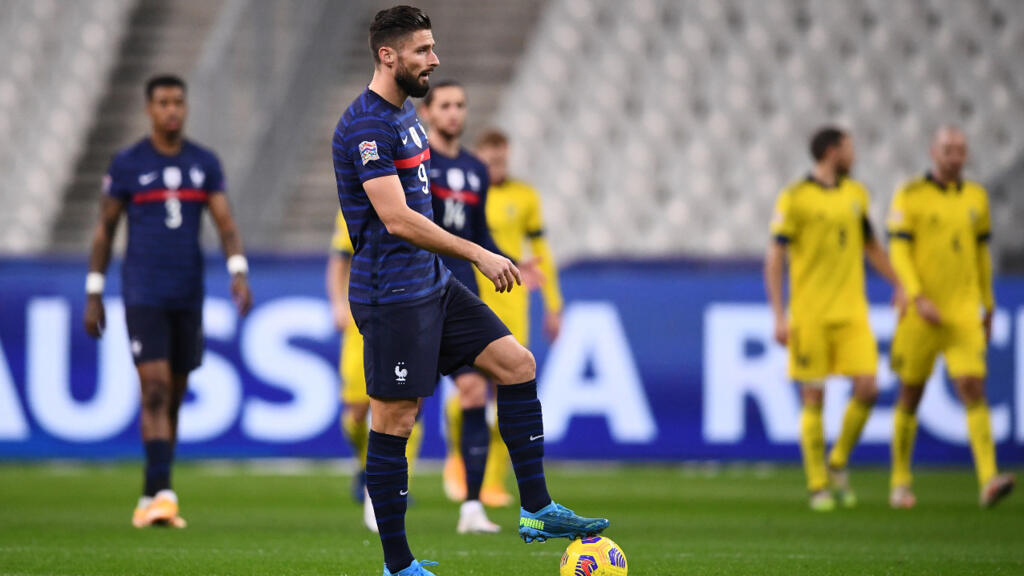 Thanks in particular to a double from Olivier Giroud, the Blues dominated Sweden in the closing match of the group stage of the League of Nations on Tuesday. First in their group, the French will play in the final phase of the competition in October 2021.

The french team, already qualified for the final phase of the League of Nations, dominated Sweden 4-2, Tuesday November 17 at the Stade de France, for his last match of the year 2020, prelude to a four-month international break.

Led very quickly to score (4e), the Blues of Didier Deschamps then made the difference thanks to a double from Olivier Giroud (16e, 59e), a goal from defender Benjamin Pavard (36e) and a final one from the incoming Kingsley Coman (90e+5).

With his brace, Olivier Giroud, a Chelsea substitute, became the only tricolor top scorer at the Stade de France with 22 units, two more than the former record holder, Thierry Henry.

The former Arsenal striker honored his status as a tireless worker and active top scorer for the Blues, scoring his 43 on Tuesdaye and 44e goals on the night of his 105e selection.

Very present at the start of the duels and the defensive withdrawal, the imposing mover of the opposing surfaces has put the Blues back in working order, by his all-terrain pressing, after the opening of the early score of the Swedes (5e, 1-0), launching and concluding the equalizer counterattack (16e, 1-1) so characteristic of its self-sacrifice and efficiency.

He recovers a ball from the French half, makes a relay with Antoine Griezmann, slows down his frantic run when he sees Marcus Thuram fix the defense to the left and takes the back pass of the neo-international with a dry strike from the left between the post and the keeper (16e).

If he does not convert two crosses from Moussa Sissoko (12e, 53e), his third header is the right one, at the hour of play, on a service from the incoming Kylian Mbappé taken by diving (59e, 3-1).

We will have to wait until October 2021 to see him again with Didier Deschamps’ men to play in the “Final-4” of the UEFA friendly competition.