announcement effect or desire for change? 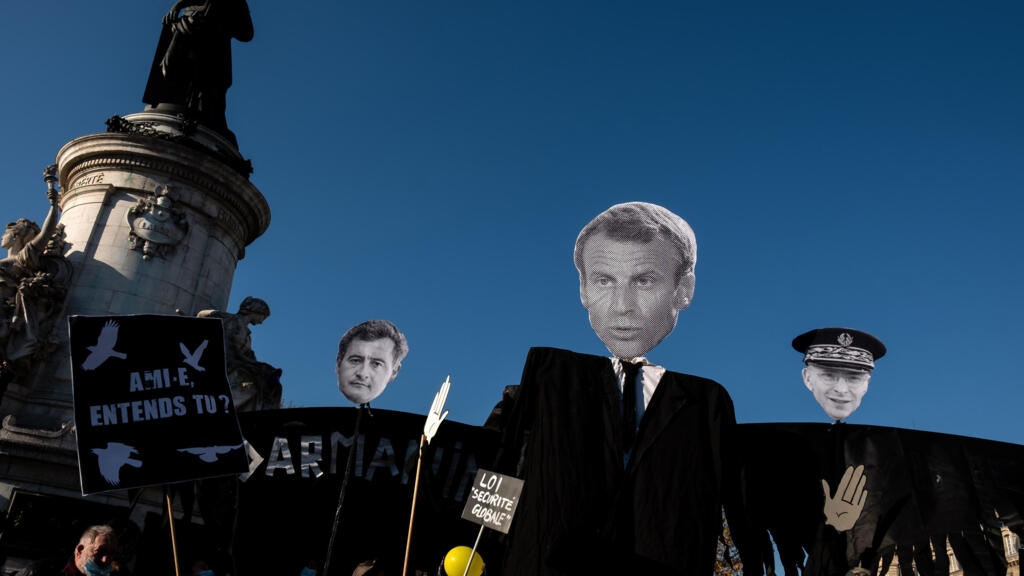 The President of the Republic announced Tuesday the holding in January of a “Beauvau of security” intended to “improve the conditions of exercise” of the police force and “to consolidate” their links with the French. But the news raises many questions.

Caught between two fires, Emmanuel Macron relies on what is becoming a habit in his five-year term: the organization of a major consultation. After the Grenelle on Food, the Grand National Debate, the Grenelle against domestic violence, the Citizen’s Convention for the Climate and the Ségur for Health, here is the Beauvau for Security.

Accused by many associations and groups of citizens of turning a blind eye to police violence, criticized for four days by the unions of the police for having spoken of this violence and facial checks during his interview with the online media Brut, the President of the Republic has opted for a solution capable, according to him, of demining an explosive situation and of reconciling the French with their police.

This “Beauvau of security” will bring together representatives of the police, elected officials and citizens. “I will intervene personally”, indicates Emmanuel Macron, in a letter dated Monday, December 7 and consulted by AFP, which answers the general secretary of the majority union Unit-SGP-FO, Yves Lefebvre. The latter had written the same day to the Head of State to inform him of the “anger” aroused among the police by his remarks on Friday on Brut.

>> To read: Police violence, secularism … what to remember from the interview with Emmanuel Macron on Brut

“There is an urgent need to act. Both to consolidate the bond of trust between the French and the police. But also to give the police and gendarmes the means to match their commitment and the expectations of our fellow citizens. “, writes the President of the Republic in this letter.

The Head of State mentions seven “projects” to be opened: the training of police officers, their supervision, the material conditions for carrying out their missions, the question of video capture of interventions, the mission of inspections, staff and the link between the police and the population.

It will be “the first stone of the great law of programming of the internal security which the police force deserves for a long time”, underlined in a tweet the Minister of the Interior, Gérald Darmanin, who will receive the police unions on December 18.

The Beauvau of security announced by the President of the Republic is the first stone of the great programming law of internal security that the police have long deserved.

The major issue of the identity of participants

The announcement is surprising. The Interior Ministry indeed published on November 16 its “white paper on internal security”, the result of several months of work bringing together security experts, elected officials, prefects, field agents, researchers and academics, private security actors and citizens. A 332-page document for 200 measures aimed in particular at “guaranteeing the effectiveness of the action of the internal security forces” and “recreating the conditions of confidence between the population and the security forces”.

“There is a redundant aspect with the work carried out on the white paper, but also with the consultation carried out in 2017 before the launch of the daily security police”, notes Mathieu Zagrodzki, researcher associated with Cesdip at the University of Versailles Saint-Quentin and police specialist, contacted by France 24. “So there is the fear of an announcement effect, but the difference this time is the public character and a little solemn of the thing . “

>> To read: Police violence: an inevitable reform for the IGPN control body

Emmanuel Macron having promised to participate in the meetings, they will benefit from a media spotlight. Will this allow constructive dialogue? Not sure, judging by the reactions of the main law enforcement unions.

If Unity-SGP-FO welcomed “the rapid response of the president”, Alliance (majority union among the peacekeepers) and Synergie Officiers were “circumspect”, considering that this type of meeting would not “allow” to settle the issues. problems”. Alliance has also warned that it will not “respond to the invitation” presidential and all announced the maintenance of the call to stop identity checks.

“The success of this event will depend in particular on the participants, continues Mathieu Zagrodzki. dialogue.”

“A habit of making announcements that lead to nothing”

Another question lies in the themes that will be put on the table. The white paper of the police had carefully left aside sensitive subjects such as police violence, the growing distrust of the population towards the institution, accusations of systemic racism or even IGPN independence, the font of the fonts. Will these subjects be tackled head-on this time?

“I hope for good news but Emmanuel Macron is used to making promises and announcements that lead to nothing”, explains to France 24 Alexandre Langlois, secretary general of the police union Vigi, having recently announced his departure from the police after the Michel Zecler affair. “I recall that in January 2020 he had already asked the Minister of the Interior at the time, Christophe Castaner, for proposals to improve the ethics of the police, he adds. Then he asked the government in the spring to step up on ethics. But we are still waiting, so I’m quite skeptical. “

Finally, what follow-up to the Beauvau of security? “Organizing a meeting is easy, but bringing about concrete reforms is more difficult,” Judge Mathieu Zagrodzki. “We can take good resolutions but if that does not apply, it is useless,” says Alexandre Langlois, who does not believe in a change in mentalities with the current officials.

Especially since between the aftermath of the health and economic crisis and the campaign for the next presidential election, there will be little time left to put on the political agenda the major programming law for internal security, promised by Gérald Darmanin for 2022.