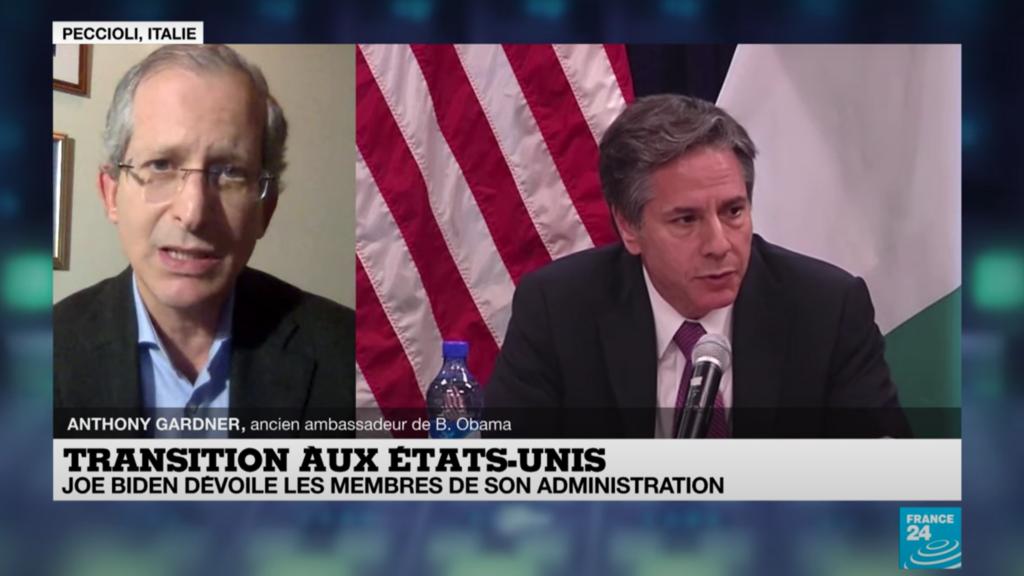 Questioned on the antenna of France 24, Anthony Gardner, former ambassador of Barack Obama to the European Union, defended the nomination of Antony Blinken to the post of American secretary of state. According to him, the man has both “the necessary experience” and the “composure” required for such a position.

President-elect Joe Biden announced Monday, November 23, the appointment of crucial Secretary of State Antony Blinken, who will be responsible for conducting American diplomacy from January 20. This seasoned diplomat trained in France has not stopped criticizing in recent years the damage caused by Donald Trump’s diplomacy.

Interviewed by France 24, Anthony Gardner, former ambassador of Barack Obama to the European Union (from 2014 to 2017) who was able to work on several occasions with Antony Blinken, defends a “perfect man” cut out for this key position.

> To read also: Antony Blinken, a francophone to take over the reins of American diplomacy

“He has the necessary experience, but more importantly, he has the essential characteristics to manage a bureaucracy. He knows Europe perfectly so I am delighted that he takes this post”, explains on air the former ambassador and author of the book “Stars with Stripes” on European and transatlantic relations.

Anthony Gardner also pointed out that he saw the politician mired “several times in difficult situations”, especially in the aftermath of the Russian invasion of Crimea in 2014. “He had to manage a difficult process, but he did not. never lost his temper and works just as well with his colleagues as with other nations, ”he stressed.