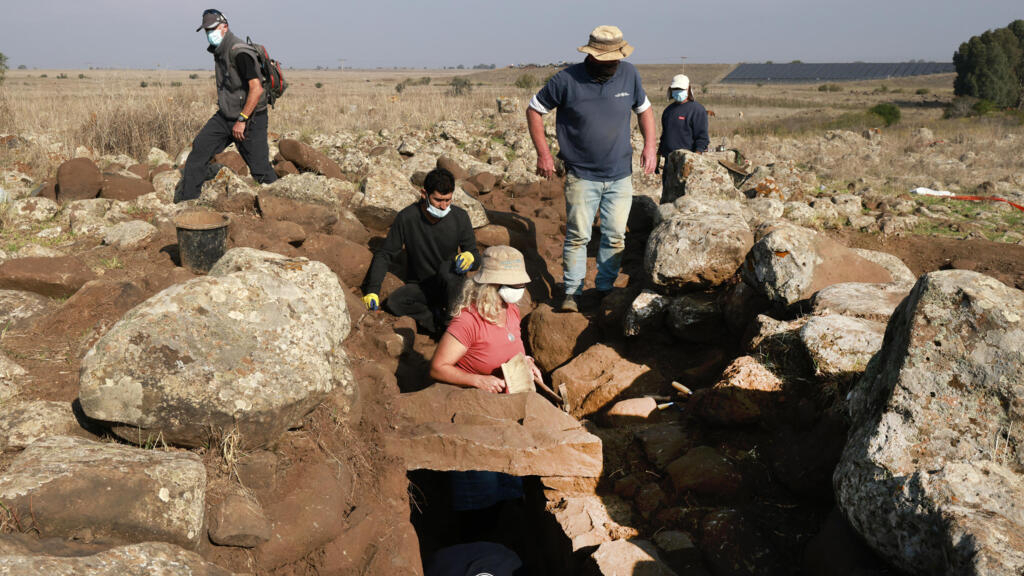 Israeli excavations unearthed, on Wednesday, the remains of a fortress dating back about 3,000 years in the occupied Golan Heights. Archaeologists see it as a “new piece to the puzzle” that allows them to decipher the extent of the kingdom of former King David.

A “new piece to the puzzle” to decipher the history of the Golan. Israeli archaeologists lifted the veil Wednesday, November 11, on a fortress dating back about 3,000 years, discovered on the occupied Golan Heights, and which would have been erected by allies of former King David.

This basalt stone fortress was unearthed near the Jewish settlement of Hispin, on the part of the Syrian Golan Heights occupied by Israel since 1967, as part of excavations carried out before the construction on site of a new residential area. According to Barak Tzin, who led the excavations for the Israel Antiquities Authority, the structure, part of which was presented to the press on Wednesday, stretches over around 1,000 square meters.

At the site, archaeologists also found a stone carved with horned figures stretching out their arms, and the statuette of a woman holding a musical instrument that appears to be a drum. This discovery is similar to artefacts found at another site, that of Bethsaida, “linked to the capital of the kingdom of Geshur”, established near Lake Tiberias, on what is now the Golan Heights, in the time of King David, Biblical figure considered to be one of the founders of the ancient Israelite state.

It is the “first” fortress of this period discovered on the Golan Heights, according to Israeli Antiquities and a “new piece to the puzzle” allowing to decipher the relations between the kingdom of King David and its local allies of Geshur.

>> To read: When an archeology exhibition crystallizes the Israeli-Palestinian tensions

“We are only beginning to rediscover the Golan,” said Barak Tzin on the spot, according to whom future research will perhaps provide a representation of the borders of the kingdom of Geshur. “We believe (that this kingdom) extended as far as Syria,” he added.

Archaeological research remains a sensitive subject in Israel and in the Palestinian Territories where the results of work are sometimes used by associations or political parties to base their claims on places of memory or disputed lands.