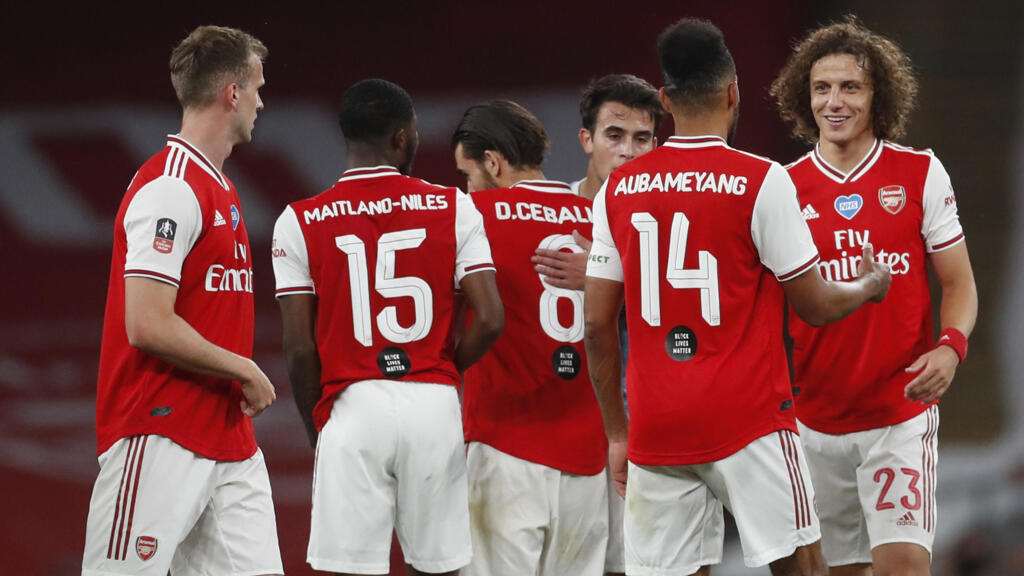 The last day of La Liga saw Granada qualify for the Champions League under the nose and beard of Getafe and Valencia. Across the Channel, Arsenal and Chelsea have respectively disposed of Manchester City and Manchester United and will therefore face each other in the FA Cup final in a London derby.

• Premier League : the race for Europe is clarified

Tottenham returned to the Premier League by winning Sunday July 19 against Leicester in the shock of the 37th day of the Premier League (3-0). In the standings, the Spurs move to 6th place, ahead of Wolverhampton, thus recovering a qualifying place for the Europa League. For its part, Leicester remains 4th, but leaves the opportunity to Manchester United and Chelsea to take the lead in the race for the Champions League. So it’s a little final for the 4e place that emerges for the Foxes of Leicester against the Red Devils Mancuniens on the last day, July 26.

In addition to this shortened championship day, it was also cup weekend in England. Arsenal brought down Manchester City on Saturday (2-0) while the Chelsea Blues fearlessly dominated Manchester United (3-1) on Sunday. The two winners will meet in the FA Cup final on 1er August at Wembley.

• Liga : Granada in Europe, Barcelona end with a victory of honor

Curtain on La Liga 2020. Sacred champion last week, Real Madrid were content with a draw against Leganés (2-2) who found themselves relegated, just like Espanyol Barcelona and Mallorca. Celta Vigo finished 17th after their draw at Espanyol Barcelona (0-0) and will still be in the top flight next year. For its part, Granada can celebrate. The Andalusian club won the last European ticket by dominating Athletic Bilbao (4-0). In the standings, Diego Martinez’s team passed Getafe and Valencia, respectively defeated at Levante (1-0) and Sevilla FC (1-0).

FC Barcelona ended its 2020 financial year on a good note by currying Alavés (0-5). Lionel Messi offered himself a brace to consolidate his status as the top scorer in La Liga (25 goals, 20 assists). He is now the only footballer in history to have won the title of top scorer in the Spanish league seven times, wiping out legendary former Athletic Bilbao striker Telmo Zarra and his six trophies.

• Serie A : Inter fail to put pressure on Juve

Inter Milan could put real pressure on Juventus at the top of Serie A, but Antonio Conte’s players were content with a 2-2 draw on AS Roma’s lawn on Sunday in the 34th day. The point of the draw leaves Inter at a respectable distance from Juve: five points that can become six or eight on Monday night, which would bring the Turinese closer to an official coronation for the ninth time in a row.

Today’s results mean that Juventus, Inter and Atalanta Bergamo (3rd) are already qualified for the next Champions League. Lazio, meanwhile, is almost there and, behind, Roma retains 5th place, which sends directly to the group stages of the Europa League. The Romans are two points ahead of Naples (6th), who waited until the last minute to beat Udinese 2-1, and AC Milan (7th).

At the bottom of the table, Brescia (19th) beat Spal (2-1), which officially condemns the Ferrara city team to a return to Serie B after three seasons in the top flight.

• And elsewhere ? The Basaksehir Istanbul champion of Turkey for the first time

Turkish club Basaksehir won their first Turkish league title after Sunday’s defeat of runner-up Trabzonspor, an unprecedented coronation that confirms its status as the fourth “Istanbul giant”. After the defeat of Trabzonspor against Konyaspor (3-4), the teammates of the former French international Gaël Clichy thus have a four-point lead with one day from the end of the championship and can therefore no longer be caught.

Basaksehir thus becomes the sixth club from Turkey to win the Turkish league, joining Galatasaray, Fenerbahçe, Besiktas, Trabzonspor and Bursaspor. The club had been involved in the title race for the past three seasons, but had collapsed each time in the final days.

Basaksehir’s victory could help him gain some of the respectability it lacks, with the team regularly criticized for its low number of supporters and its leaders’ closeness to political power.