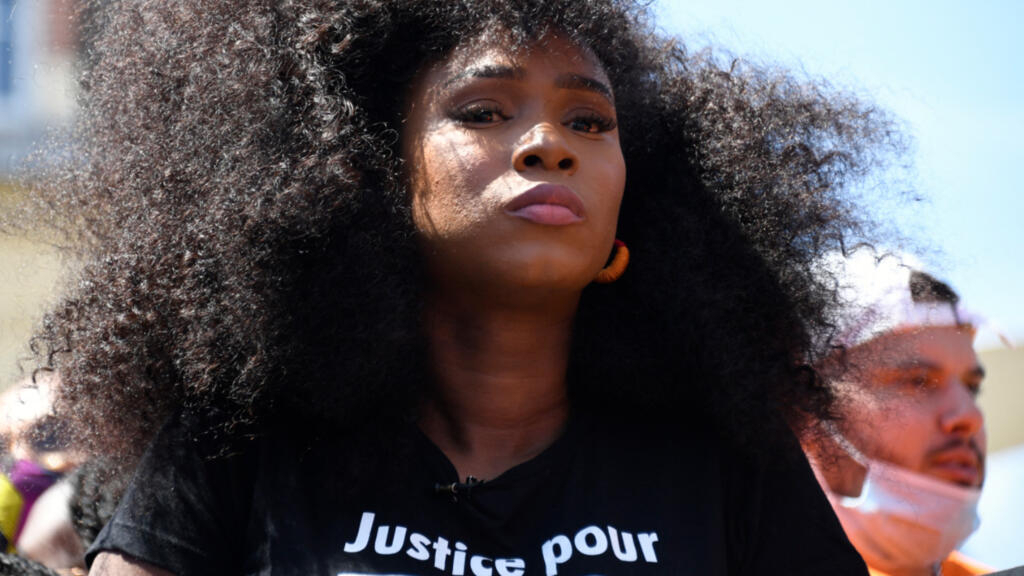 Having become a leading figure in the fight against racism and police violence in France since the death, in 2016, of her brother Adama, Assa Traoré is appearing before the Paris court for defamation against the gendarmes she accuses of be responsible for his death. A new ordeal for the one who made “the truth for Adama” the fight of her life.

“I’m just a sister who lost her brother and asks for justice.” Emblematic figure in the fight against police violence since the death of his brother, Adama, in 2016, Assa Traoré appeared since Thursday, May 6 before the Paris court for defamation.

“It is a platform that I fully assume, at 1000%”, she defended herself, right at the bar, defending every word of the platform which earned her to be attacked by the gendarmes she accuses to be responsible for the death of his younger brother.

In July 2019, on the third anniversary of Adama’s death, she published a column entitled “J’accuse” on the Facebook account of the collective “La Vérité pour Adama”, in an assumed reference to Émile Zola. There were mentioned the names of the gendarmes whom she accuses in an anaphora “of having killed (her) brother Adama Traoré by crushing him with the weight of their bodies”, “of not having rescued” and ” for refusing to demean (him) by asserting that he was faking while he was dying “.

Forensic scientists, prosecutors, investigating judges … A whole range of people involved in the investigation are also pinned down in its text. “I would rewrite it and extend it with the names of the people who will continue to hinder the manifestation of the truth in the death of my brother,” Assa Traoré maintained at the helm.

“The truth for Adama”, a quest to which she devotes her life today, a movement of which she is the figurehead, and a broader fight, against police violence and racism, around which she has been able to mobilize, unite, in France and well beyond.

“Guardian of the year”. It is with these words that the famous American weekly Time honored last December the action of the French anti-racist activist, devoting a large portrait to Assa Traoré in its traditional end-of-year issue, dedicated to personalities who have marked the news. of the last twelve months.

“Time does me an honor, a consecration for the fight that we have been waging since the death of my little brother”, she had reacted to AFP a few months after having gathered, in June 2020, tens of thousands of people in Paris, Lyon, Marseille, Lille, or even Bordeaux, in the wake of the George Floyd affair in the United States.

“When we see that France has reduced our fight to insults and accusations, we need a consecration to come from abroad”, added this figure of anti-racism, who also received the BET Global Good award, prize awarded by an American television channel to African-American and minority personalities.

>> To read: George Floyd: a case of racism, “but also of violence and politics”

36-year-old Assa Traoré grew up in a family of 17 children from four different mothers. Her father, a site manager of Malian origin, has, according to her, contributed to making the Traoré family a tight-knit family. A family in which Assa Traoré takes on the role of head since 1999, the year of her father’s death, taking care of her brothers and sisters.

And then, on July 19, 2016, everything changed. Specialized educator in Sarcelles (Val-d’Oise), Assa Traoré is on a business trip to Croatia when the news hits her. His brother, Adama, 24, has just died in the Persan barracks, almost two hours after his arrest in his town of Beaumont-sur-Oise (Val-d’Oise), at the end of a chase, on a hot day.

After several days of demonstrations at the initiative of the family to request transparency on the circumstances of the arrest, Assa, chosen by the Traoré as spokesperson, takes the head of the Truth and Justice Committee for Adama, which mobilizes to recognize the responsibility of gendarmes in the death of his brother, and more generally against police violence. “It is also a bit of a mother who lost her son,” said her older brother, Lassana Traoré, reminding AFP of the role played by Assa in the siblings.

Over the years, the Adama committee has acquired a capacity for mobilization and a significant notoriety, the leitmotif of which remains the fight for the truth about the death of Adama Traoré, marked out for more than four years by medical expertise and counter-expertise. A legal procedure marked by many twists and turns which cannot bend the charismatic big sister who has become the standard bearer of the fight against racism in France.

“This July 19, 2016, Adama Traoré goes out in the street and we kill him, we shoot him. Why? I do not know. But the death of my brother will not remain a news item. Not Adama Traoré, not my little brother . And the fight, we will lead it. ” In an interview with Time, Assa Traoré talks about Adama committees around the world and four years of work against “all forms of injustice” and discrimination.

Indeed, since 2016, the latter has multiplied demonstrations, speeches and interviews, supported by a solid committee of twenty relatives and many activists. Having become a full-time activist herself, Assa Traoré, mother of three children aged 6, 8 and 12, has never resumed her work as a specialized educator and is dedicated to the fight waged on behalf of her little brother.

“With my brother’s name, I will change everything I can change,” she told AFP last June. So much so that today, the first name of Adama dresses the signs and appears on the t-shirts of demonstrators pounding the pavement for causes all more diverse than the others.

In 2018, Assa Traoré led a demonstration against the policy of Emmanuel Macron, then marched alongside the yellow vests. Last summer, she mobilized alongside caregivers, and the Adama committee later co-organized a march, in Beaumont-sur-Oise, with Alternatiba, a citizens’ movement committed to the fight for the climate. Assa Traoré’s goal: to chant the name of his brother “wherever there is injustice, inequality and repression”, she explained to the World, preferring to speak of “alliances”, rather than “convergence”. This has been held several times alongside Sofia Chouviat, daughter of Cédric Chouviat, who died in January 2020 following a violent arrest by the police in Paris.

“Sofia Chouviat should continue to live her life but her father is dead and she is forced to demand the justice that the government does not want to give her” Assa Traoré alongside one of Cédric Chouviat’s daughters, who died of asphyxiation there is a an, during his arrest ⬇️ pic.twitter.com/igQEgyWHZc

Often compared to Angela Davis (former member of the Black Panther Party, academic and activist for the defense of the rights of black Americans), Assa Traoré, whose legal fight, which has become a political fight, attracts fierce criticism from the far right, can nevertheless count on the support and admiration of many media personalities, intellectuals and political figures of the left. “You are a chance for France”, declared to him in particular the former Minister of the Seals, Christiane Taubira, last June. in the Daily show.

In 2019, Assa Traoré co-authored “Le combat d’Adama”, a work written with the philosopher and sociologist Geoffroy de Lagasnerie, who, to AFP, said he was seduced by his “completely new way of speaking about society , racism, social class “.

But his methods are not to everyone’s taste, and Assa Traoré, convicted in civil proceedings by the Paris Court of Appeal last February for infringing the presumption of innocence of the gendarmes, must now defend himself from having ” thrown to food “the name of the gendarmes whom she accuses of being responsible for the death of her brother, in the words of the lawyer of two of them.

“I have never seen a victim’s sister end up in court because she gave the names of the people who killed her brother”, blasted Thursday at the bar, Samir Elyes Boulaadj, figure of the Movement of immigration and suburbs (MIB).

Assa Traoré, she keeps the same line. “If my brother had not crossed paths with these gendarmes, he would not have died. If justice had done all the investigations, I would not have been here today.”

In Colombia, the government says it wants to "listen to all sectors" of society

Parliament strengthens the protection of minors victims of sexual violence

we answer questions from French students!

With Tencent, Donald Trump chose a Chinese Goliath as his opponent