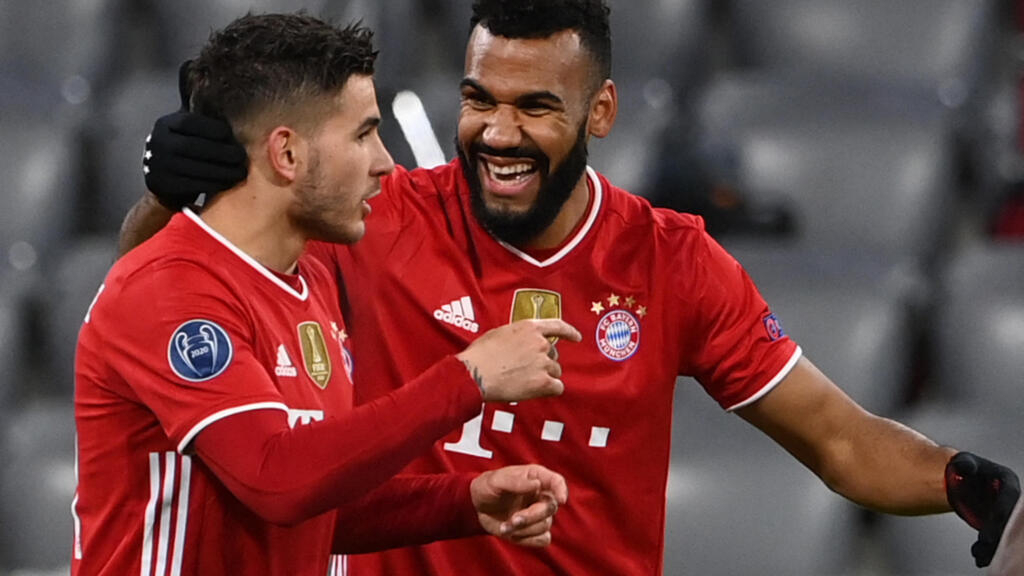 Bayern won 2-1 against Lazio Rome in the Champions League round of 16 second leg. The Bavarians therefore qualify for the quarter-finals of the competition for the ninth time in 10 years.

Robert Lewandowski opened the scoring on penalty in the 33rd minute of a long soporific game, where the Germans managed their lead, after their 4-1 victory in the first leg in Rome.

For more than 70 minutes, the two goalkeepers did not have much to do to warm up under the few snowflakes that fell on the huge Allianz Arena empty of spectators.

But the entry at the end of the game of the Bayern substitutes – anxious to show themselves – gave the game a little rhythm. Eric Maxim Choupo-Moting, Lewandowski’s lining, scored a beautiful goal in the 73rd minute, well launched in depth by David Alaba (2-0). Marco Parolo reduced the gap in the last minutes (2-1, 82nd).

Despite his three-goal lead after the first match, Munich coach Hansi Flick had taken no chances. In the absence of his goalkeeper Manuel Neuer (cooling, replaced by the young Alexander Nübel) and Kingsley Coman (muscle pain), he had aligned his best possible team, with his stars Joshua Kimmich, Robert Lewandowski or Thomas Müller in particular.

Opposite, Simone Inzaghi had on the other hand visibly the gaze already fixed on the rest of the season: the captain and scorer Ciro Immobile was not on the pitch at kickoff, left to rest on the bench.

Unbeaten for two years in the Champions League

Bayern therefore did the job. Without genius or passion, but with its usual weapons: discipline, combativeness, and always an enormous pressure on the adversary.

We must now go back more than two years, to March 13, 2019 to be exact, to find traces of the Bavarians’ last setback in the Champions League. They were beaten at home 3-1 in the round of 16 by Liverpool, future winner of the event. Since then Lewandowski and his teammates have taken 18 wins and a draw.

As often at the beginning of winter, the “Rekordmeister” experienced a small slump in December / January, allowing the suspense to continue a little in the Bundesliga. But Hansi Flick’s men, who currently lead their championship with four points ahead of Leipzig, have since resumed their stride: five wins in their last five games and, in the Champions League, an average of three goals per game. this season (24 goals in 8 matches).

No sign, on the lawn, of internal tensions at the club, and of the quarrel now quasi-public between the sporting director Hasan Salihamidzic and the coach Hansi Flick, the second reproaching in particular to the first a misguided recruitment in the offseason.

In the quarter-finals, the opposition is likely to be more solid, and Bayern will undoubtedly have to tighten a few more bolts. The goal “for the honor” of Parolo at the end of the match, which could seem anecdotal, is indeed the symptom of the only weakness of the “Rekordmeister” this season: incredibly powerful offensively, the European champions do not manage to keep their cage blank: they have conceded at least one goal in 12 of their 15 games since the beginning of January.

Deaths at the polls? Suspicion of postal votes in the US presidential election