Behind Joe Biden’s victory, a Democratic Party divided on his line 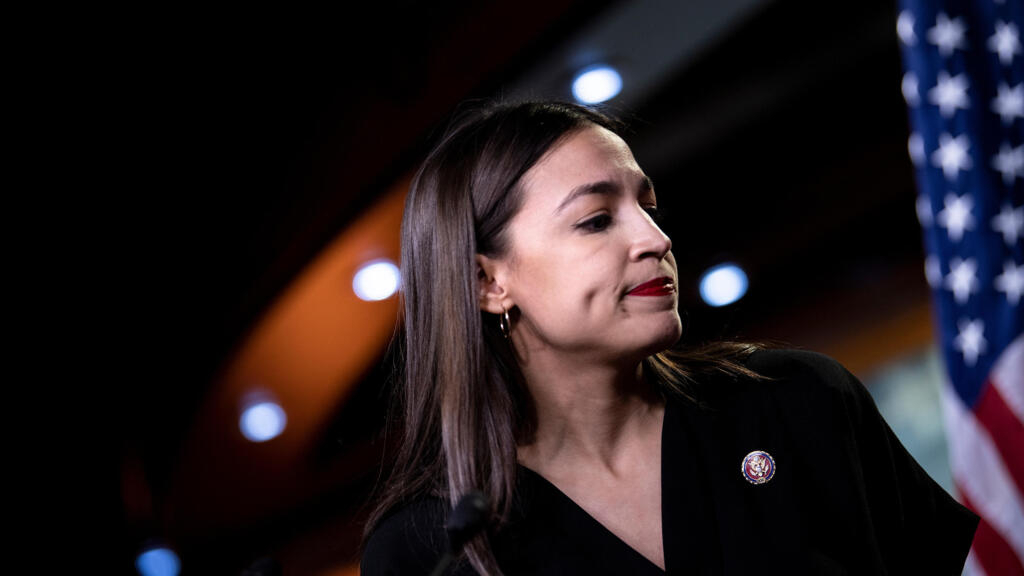 While Democrats rejoice after Joe Biden’s victory in the US presidential election on November 3, they have made no secret of their disappointment with their results in Congress, where they hoped to become a majority. The right wing and left wing accuse each other and already divide on the line to adopt.

Democrats were hoping for a blue wave to consolidate their hold on the House of Representatives and take control of the Senate. But the evening of November 3 quickly showered their expectations: with perfect equality between Democratic and Republican senators and two special elections to come in Georgia, the Senate is unlikely to tip over, while the Grand Old Party (GOP) has succeeded. to recover certain seats in the House of Representatives, weakening the Democratic majority there.

The charges were quick to be launched. For many Democratic officials, the culprits are all found: elected officials supporting the strongest ideas on the left, like New York Representative Alexandria Ocasio-Cortez, have caused the party to lose many votes.

In a conference call two days after the election, elected Democrats emptied their bags: Florida Rep. Debbie Mucarsel-Powell and Texas Rep. Marc Veasy, among others, complained, according to CNN, attacks by Republican candidates passing them off as “socialist” candidates. The first was beaten by its Republican opponent, the second managed to save its seat.

But the most scathing attack came from former Republican primary candidate and former Ohio Governor John Kasich. A fierce opponent of Donald Trump, the latter has chosen to support John Biden in the presidential election and is now expected to be appointed to the cabinet of the future president.

“Democrats must make it clear to the far left that they almost cost him his election,” he said on Saturday, November 7, on CNN, pointing to proposals such as health insurance for all .

AOC steps up against the moderate wing of the Democratic Party

On the contrary, members of the left wing of the Democratic Party respond that it was they who helped mobilize the party’s electoral base to elect Joe Biden and save the furniture in Congress.

“All Democrats elected in a constituency that can swing to the right who supported the Medicare For All bill have been reelected or are about to be reelected. Absolutely all,” the wing’s leader replied on Twitter. Left Democratic in the House of Representatives, Alexandria Ocasio-Cortez, who supported Bernie Sanders in the primaries.

Every single swing-seat House Democrat who endorsed #MedicareForAll won re-election or is on track to win re-election.

“AOC,” as the media call it, warns President-elect Joe Biden. “The transition period will indicate whether the administration (of Joe Biden) takes a more open approach (to the ideas of the left wing) or if it closes. (…) The appointments made during the transition send a message. They say who, according to the administration, is responsible for the victory, “she said in an interview published in the New York Times.

>> To read: Joe Biden could face a “green divide” in his own camp

The last two years had already shown a difficult cohabitation in the House of Representatives. Rather than working together, the proponents within the Democratic Party of a moderate line supported by the president of the lower house, Nancy Pelosi, and the left wing led by Alexandria Ocasio-Cortez most often looked at each other like a dog. of earthenware. With a tight majority, will Democrats learn to work hand in hand?

Joe Biden on “systemic racism” in the United States

For the moment, the former vice-president of Barack Obama has not yet commented on the line he intended to adopt once he takes up residence in the White House. However, he launched a rallying message during his speech after the announcement of his victory, sending signals to his left wing when he spoke of “systemic racism” in the justice system and in American society.

He had also made the effort to include in his program a number of proposals emanating from Bernie Sanders, in particular for its climate plan which calls for the carbon neutrality of the United States by 2050 or the promise to increase to 15 dollars an hour the minimum wage – as it has just been voted in Florida.

>> To see: Joe Biden wants to revive the economy through infrastructure and a “green deal”

The former Democratic primary contender, defeated by Hillary Clinton in 2016 and Joe Biden in 2020, did not fail to point out that this minimum wage issue could be the key to a double Democratic victory in Georgia during the two senatorials that will be played in January in this state.

If Democrats take back the Senate, we will increase the minimum wage from a starvation wage of $ 7.25 an hour to a living wage of at least $ 15 an hour.

“47% of workers in Georgia earn less than $ 15 an hour and 71% of voters in Georgia support increasing the federal minimum wage. If Democrats take over the Senate, we will raise the minimum wage, lowering it from a pittance of $ 7.25 an hour to a living wage of at least $ 15 an hour, “he tweeted Monday evening.