Behind the controversies, the right-wing strategy of Gérald Darmanin 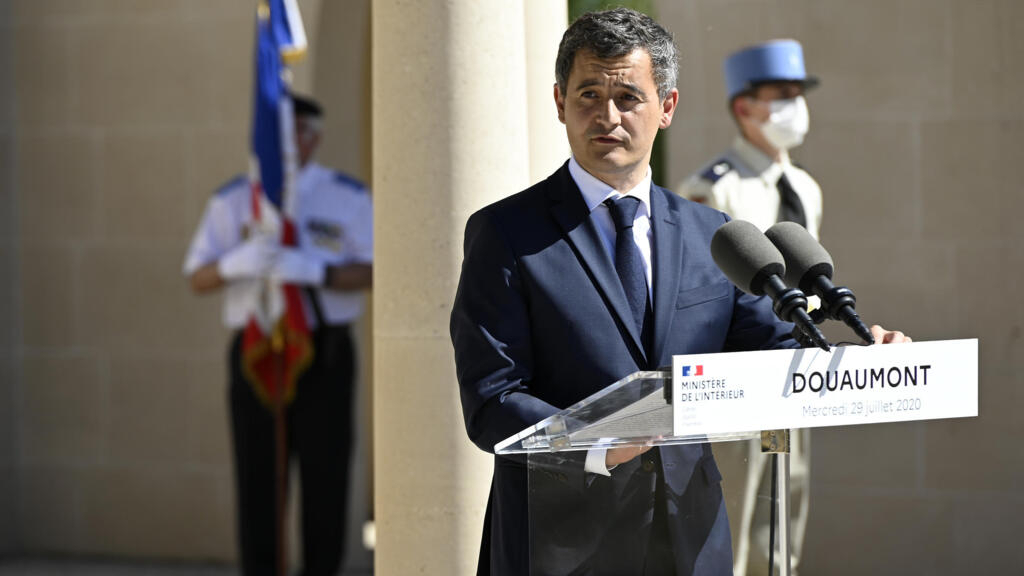 Accused of rape, the new Minister of the Interior is playing the hyperactivity card, multiplying trips and shock formulas. A divisive strategy, but assumed to seduce the right-wing electorate.

Gérald Darmanin, pyromaniac firefighter? Pressured by feminists who put forward an accusation for rape implicating him and contesting his legitimacy, Gérald Darmanin has apparently chosen to respond to the controversy by lighting other fires.

Since his appointment by Emmanuel Macron on July 6, the new Minister of the Interior has had to deal with the actions of feminists. These had set the tone from the handover of power with Christophe Castaner when they tried to disrupt the ceremony with cries of “Darmanin rapist”.

Under investigation for rape, Gérald Darmanin admits having had a sexual relationship with the complainant, but affirms that she was consented. He said he was the victim, on July 16, of a “manhunt” and appealed to the presumption of innocence to justify his retention as Minister of the Interior.

>> To read and to see on France24: Reshuffle: demonstrations everywhere in France against the “culture of rape En Marche”

In the meantime, the minister’s movements are regularly disrupted. Gérald Darmanin was thus attacked by feminists in Dijon, on July 10, and by far-left activists and yellow vests in Saint-Étienne-du-Rouvray, on July 26. In the latter town, eleven people were arrested and four taken into police custody, after having insulted the minister as “dirty rapist” just before the start of the tribute to Father Hamel, assassinated by a jihadist in July 2016.

“There are a lot of voices which speak out against the appointment of Gerald Darmanin to the Interior and we find it curious that it does not shock anyone in the government”, is surprised Sophie Barre, in charge of coordination within the collective We All, contacted by France 24.

This feminist collective intends to maintain the pressure during the summer with an online campaign against what it calls “the shame reshuffle”. On the program: forums, petition, standard emails to be sent to the Prime Minister and parliamentarians, as well as the sharing of visuals and press articles on social networks.

For his part, Gerald Darmanin is round back and prefers to multiply trips. Already 21 to his credit, nearly one per day since his appointment. The Minister of the Interior intends to seize the slightest opportunity to appear on the ground and even let it be known that he would not take a vacation this summer. A way for him to talk about something other than rape accusations and to highlight the government’s desire to fight against insecurity.

This hyperactivity is reminiscent of that of his mentor, Nicolas Sarkozy. And like the former president who had spoken of “scum” and “cleaning at Kärcher” when he occupied Place Beauvau, Gérald Darmanin does not hesitate, in turn, to provoke controversy through his statements.

We are witnessing a crisis of authority. We need to stop the exaggeration of a certain part of society and reassert the authority of the state. Don’t let anything go.
👉 Find my interview in @Le Figaro 🗞
https://t.co/SNMkaKsLfO

In an interview with Figaro on July 24, he thus affirms that he wants to stop “the wildness” of a part of French society, drawing on the discourse of the extreme right, and of Marine Le Pen in particular. A choice of vocabulary that caused a stir, even within the majority.

“There are no savages in France, there are only citizens. This semantics takes us away from the promise of reconciliation that we made to the French”, replied LREM deputy Sacha Houlié, Tuesday July 28 , during the hearing of the Minister in the National Assembly before the Law Commission.

“When I hear the word ‘police violence’, I personally suffocate”

The new Minister of the Interior assumes and even took advantage of this hearing to use another shock formula. “When I hear the word ‘police violence’, I personally suffocate,” he said that day. An expression that struck the family of Cédric Chouviat, this delivery man who died in January during an arrest by the police and during which, pinned to the ground, he had shouted “I’m suffocating” seven times before losing consciousness, then succumbing.

“When he says ‘I’m choking’, nobody can believe that he does not know very well the effect that it will produce. So we see there a runaway of his hyperactive communication”, judges the political scientist Bruno Cautrès, in an interview with the HuffPost.

Others, on the contrary, see it as a perfectly controlled strategy of sending as many signals as possible to the right-wing electorate. “Gérald Darmanin comes from the right, he has always focused on these themes. He is in Beauvau to lead a right-wing security policy,” said the former “walker” and now deputy of the Ecology Democracy Solidarity group Aurélien Stained, in an interview with Mediapart.

Emmanuel Macron has been hunting in the right-wing lands since his election in 2017. The latest reshuffle, with the appointment as Prime Minister of Jean Castex, former Deputy Secretary General of the Elysee under Nicolas Sarkozy, has accentuated this strategy a little more: Gérald Darmanin is now the face of a strong security policy.

The future bill on “separatism”, which should be presented in the fall, goes in this direction by associating, as Nicolas Sarkozy had already done, security, immigration and religion. Judging France “sick of its communitarianism [et] of a political Islam which wants to overthrow the values ​​of the Republic “, Gérald Darmanin justified, on July 17 in The voice of the North, the creation of this law to “avoid civil war”.