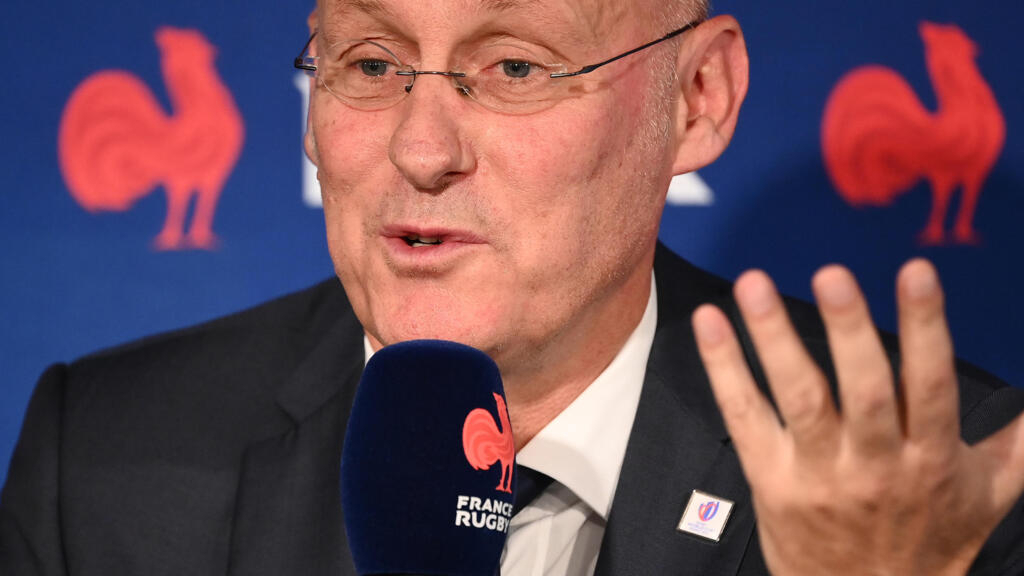 At the end of a stormy campaign and against the background of a judicial investigation, the outgoing president, Bernard Laporte, was re-elected on Saturday as president of the French Rugby Federation (FFR), narrowly beating his opponent Florian Grill.

“I will be the president of all the clubs”. Bernard Laporte was re-elected president of the French Rugby Federation (FFR) on Saturday, October 3, in Marcoussis, Essonne, just ahead of his opponent Florian Grill.

At the end of a stormy campaign, marked by exchanges of courtesies and the custody of Bernard Laporte in a patronage survey, his list collected 51.47% of the votes of the elective general assembly, ahead of that of opposition led by the president of the regional league of Ile-de-France (48.53%).

The list led by the former coach and former Secretary of State for Sports won 29 of the 40 seats on the new board. And Laporte was appointed president of the FFR.

“To be elected on promises is one thing, to be reelected on a balance sheet is another,” said the former Toulon and Stade Français coach after his victory. “The clubs were not fooled. Democracy has spoken. I will be the president of all the clubs.”

In the Grill clan, disappointment was in order. “It’s very tight, we were told 80% – 20%. An appeal? It’s too early to talk about it but given the proximity of the scores, the question could logically arise,” said the defeated opponent.

This success of Laporte came to crown his strategy as close as possible to the clubs during the health crisis then economic: at the end of March, the president of the FFR thus announced an aid of 35 million euros to “relieve” the some 1,900 member associations.

In 2016, when he beat outgoing president Pierre Camou (2008-2016) and former secretary general Alain Doucet (2001-2016), Laporte left early, beating the pavement more than a year before the vote. This time, he waited until July. “With what we went through, we had to be up to the task, at the clubs. With the recovery plan, it was a lot, a lot of work, a lot a lot, of videoconferences”, he had explained at the time of the announcement of his candidacy.

In total, his campaign lasted 40 days for 28 meetings. Sufficient to convince the majority of voters. All in a heavy atmosphere with media attacks from both camps: Laporte felt that his opponent was “cowardly” and “kicked a player down” while, in the opposition camp, we spoke of “assault on the back” (Grill), “clan governance” (Benazzi) or “suicidal method” (Lhermet).

The dream of a double world title

The legal setbacks by Bernard Laporte therefore did not encourage the clubs to turn their backs on him. Placed in police custody ten days before the election, he is particularly suspected of having favored the Montpellier club by intervening with the FFR appeal committee to reduce sanctions against the Hérault formation, at the end of June 2017 .

>> To read also: The quarrels of Bernard Laporte, president of the French Federation

Question fight, the former coach of the Blues knows it, he who has always made physical domination, supported by a solid conquest, the cornerstone of the game, pragmatic, of his teams. He thus hoisted the Stade Français from the third division to the title of champion in 1998, before winning everything with RC Toulon: three European Cups (2013, 2014 and 2015) and a Brennus Shield (2015).

His record at the head of the XV of France was marked by two Grand Slams in 2002 and 2004 but also by defeats in the World Cup, in the semi-finals in 2003 and especially 2007, at home. He will therefore be the president of the FFR on the way to the 2023 World Cup in France. Laporte dreams aloud of a double world coronation, first in 2021 with the women’s XV, then two years later, at home, with the men’s XV.

Football: Alphonso Davies, the star of Bayern Munich born in a refugee camp