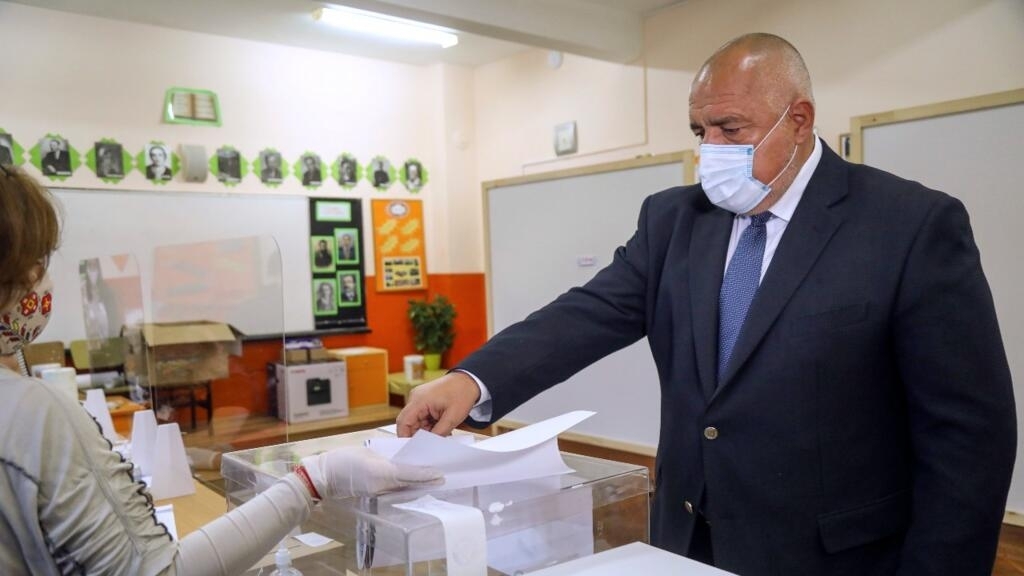 The party of the conservative Prime Minister Boyko Borissov leads the legislative elections Sunday in Bulgaria, but the protest vote collected more votes than expected, a few months after massive demonstrations against corruption.

A difficult situation for the head of government Bulgarian. The party of conservative Prime Minister Boyko Borissov is topped the legislative elections Sunday April 4 in Bulgaria, according to partial exit polls. But the protest vote collected more votes than expected, a few months after massive protests against corruption, complicating negotiations for a government.

The Gerb party, in power since 2009, is credited with around 25% of the vote, according to partial exit polls published at the close of polling stations. While it ranks first, it has lost nine points compared to the previous elections in 2017, weakened by corruption scandals and growing public discontent.

In fact, the new populist party of television host Slavi Trifonov, known for its vehement criticism of the government, is thus neck-to-neck with the Socialists (between 15 and 17%).

Among those who took to the streets last summer, the “Democratic Bulgaria” party (right) did well (9%), while “Get up! Mafia out” (left), is expected to make its debut. Parliament with 5% of the votes.

Thirst for novelty among city dwellers and young people

The anxiety-provoking context in the middle of the third wave of Covid-19, with crowded hospitals and a significant number of people quarantined had raised fears of strong abstention.

“The vote was marked by a mobilization of city voters and young people,” Boriana Dimitrova, director of the Alpha Research institute, commented on television.

Polling stations had also been set up in hospitals and mobile ballot boxes were brought to families in quarantine.

Many voters confided, throughout the day, their thirst for novelty. “I want younger people to join the government to bring about a change,” said Stela Gueorguieva, 78, in the suburbs of Sofia.

In overalls, Krassimir Slavtchev, 43, sent the same message. “Vote and demand responsibility: this is what must be done to stop hearing that Bulgaria is the poorest in Europe,” he assured, while queuing in the rain in the capital.

President Roumen Radev, who had supported the anti-government protests, called for the mobilization of voters. “I voted against the destruction of the rule of law, against arbitrariness and corruption (…) These elections are a step towards a return to normality,” he told reporters on Sunday. .

At the forefront of the demonstrations which had mobilized thousands of Bulgarians, Hristo Ivanov, leader of democratic Bulgaria, had said he hoped “for a more legitimate Parliament to launch a debate on change”.

The Prime Minister, who had refused a few months ago to organize early elections, will have finally succeeded in saving the first place but the negotiations to form a coalition promise to be difficult.

Refusing any contact with the media since the summer, the 61-year-old leader, a former bodyguard who wants to be close to the “people”, had led his campaign on Facebook where he broadcast his visits on a daily basis, driving his 4×4, all over the country, meeting workers and employers.

Finally, it should be noted that the Turkish minority party MDL, the usual kingmaker, should win 10% of the vote, while the VMRO nationalists, who participated in the outgoing government, are losing ground (4.6%).

The final official results will not be known until Thursday, April 8.