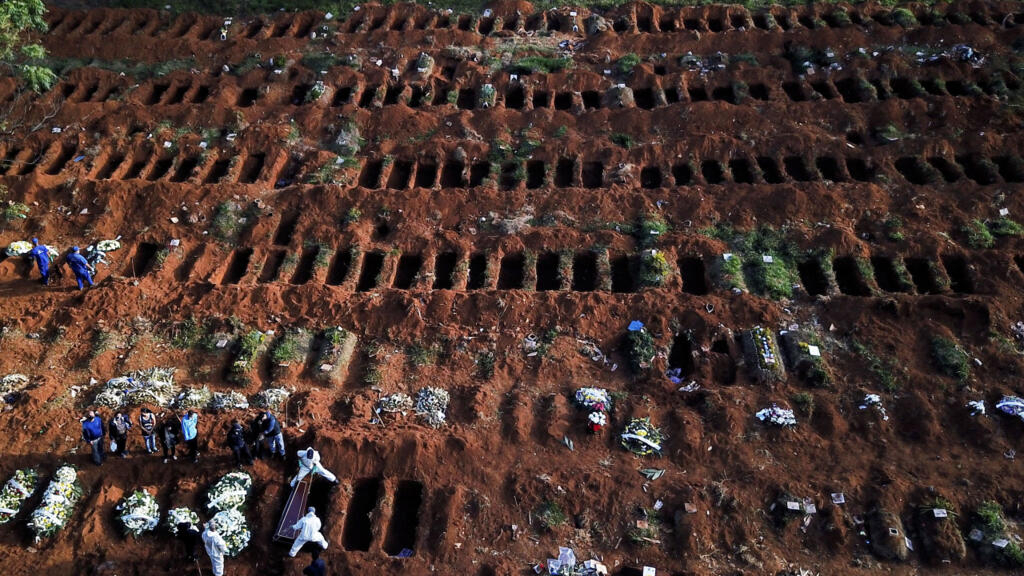 Brazil crossed the threshold of 200,000 deaths linked to the new coronavirus on Thursday and specialists expect the worst at the start of the year, while the chaotic management of the Bolsonaro government is criticized from all sides.

A new level has been crossed. Covid-19 has killed 200,498 out of more than 212 million inhabitants in Brazil, the second heaviest death toll after the United States, according to figures released Thursday, January 7.

But the latest official bulletin from the Ministry of Health shows other worrying data: a record of new contaminations (87,843) and no less than 1,524 new deaths recorded in the last 24 hours, the second highest figure since start of the pandemic.

Hopes that the situation will improve in 2021 in Brazil have been dampened as the vaccination campaign has not yet started, while many countries have already started to immunize their populations, including neighboring Argentina.

“Little flu”, according to Bolsonaro

Not to mention the repeated slippages of far-right President Jair Bolsonaro, who remains in absolute denial, downplaying the severity of a virus that he described as “a small flu”.

Brazil is hit hard by the second wave of contaminations since November, and the gatherings linked to the end of the year celebrations have only worsened the situation. The number of deaths caused by the virus rose 65% in December compared to November and the average daily death continues to rise.

In the country’s largest cities, such as Sao Paulo, Rio de Janeiro or Belo Horizonte, the intensive care bed occupancy rate is over 90%. In Manaus (north), cemeteries are again overwhelmed, with an 80% increase in burials in the past two weeks. In this metropolis nestled in the heart of the Amazon rainforest, we are witnessing the return of nightmarish scenes from April-May, with the installation of makeshift cold rooms outside hospitals to pile up the dead.

Despite the scale of this unprecedented health crisis, President Bolsonaro has defied all scientific evidence, questioning in turn containment, protective masks, and now vaccines. He did not hesitate to assert in a provocative tone that those vaccinated could turn into “bearded women” or “crocodiles” due to the side effects.

No precise date has yet been set for the start of the national vaccination campaign, and the plan presented by the government has been the subject of much criticism, both from specialists and political opponents.

Thursday the Minister of Health Eduardo Pazuello estimated that the kickoff could be given “at best on January 20”, but that it could be postponed “to mid-February or early March”, depending on the deadline. approval of vaccines by the regulatory agency Anvisa.

Beyond the thousands of bereaved families, the health crisis also has terrible social consequences. The government had to end in January the payment of “emergency aid” paid to the 68 million poorest Brazilians, or a third of the population.

This program allowed President Bolsonaro to benefit from a good popularity rating, but at the cost of a public deficit considered unsustainable. “Brazil is bankrupt, I can not do anything”, launched the head of state Tuesday, because of “this virus, amplified by the media”.