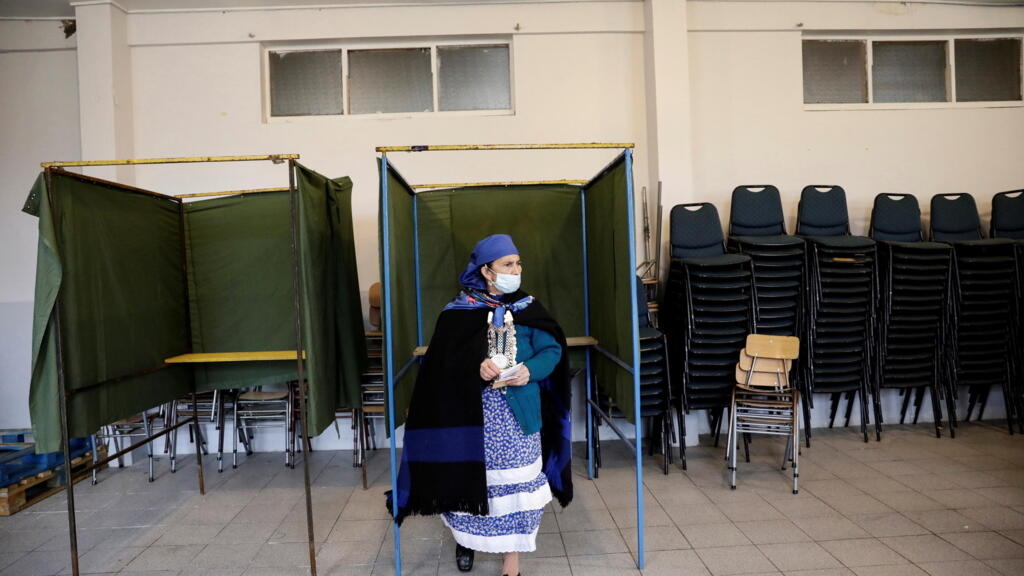 The ballot to appoint the drafters of the new Chilean Constitution favored left-wing candidates and independents, to the detriment of the ruling right, according to the first results published Sunday evening.

Left parties wishing to rewrite in depth the Chilean constitution inherited from the military dictatorship of Augusto Pinochet (1973-1990) were ahead of those of the conservative right on Sunday May 16, but the independent parties came out on top to appoint the drafters of the new fundamental law.

The two lists which bring together candidates ranging from the center-left to the Communist Party, who intend to propose a new model for the country with various guaranteed social rights, such as education, health or housing, collect 33% of the vote, after the counting of 64% of the ballots.

With 21% of the vote, the right in power defending the current system, which would have favored the economic growth of the country, does not have the control of the decisions of the Constituent Assembly which will be composed of 155 members elected on a parity basis, including 17 seats are reserved for the 10 indigenous peoples.

Independent candidates – actors, writers, professors, social workers, lawyers – many of whom had participated in the biggest social uprising in decades, which began in October 2019 to demand a more egalitarian society, supplant traditional parties and win the rest of the votes .

According to Marcelo Mella, a political scientist at the University of Santiago, “most (of the independent candidates) are outsiders, without party membership and critical of traditional parties”.

Despite the absence of polls and difficult election forecasts, no analyst had anticipated such a raid on independent candidates or the dismal outcome of the ruling right, united with the far right on one list, as looming in November presidential election.

The results clearly show “that the electoral strength of independents is much greater than previously thought and this confirms that citizens are fed up with traditional parties,” said Mireya Davila, of the Institute of Public Affairs of the University of Chile. According to her, “the political system is being reconfigured, there is an air of change in Chile, but it is also complex because it will be necessary to negotiate with each of the independents and to deal with each of their positions within the ‘Constituent Assembly”.

Another major lesson from this ballot spread over two days due to the coronavirus epidemic: the disaffection of voters who were only 37% to travel over the two voting days. The participation rate was 20.44% of the 14.9 million registered, at the end of the day Saturday, according to data from the electoral service.

Rewriting the Constitution was one of the demands resulting from the violent social uprising of October 2019. It will replace the one drafted in 1980 under the military regime of Augusto Pinochet.

The change in the current fundamental law, which severely limits state action and promotes private activity in all sectors, including education, health and pensions, is seen as the removal of a key obstacle to profound social reforms in one of the most unequal countries in Latin America.

This electoral process is also the first in the world to elect a Constituent Assembly on a parity basis, with an equal number of men and women. The new Constitution must be drafted within nine months, extendable only once by three additional months. It must be approved or rejected in 2022 by a compulsory vote referendum.

Barça strikes Chelsea and climbs on top of Europe

more than 1,500 intensive care patients, a record since May 27

Diego Maradona: the twilight of a god