China brings back pieces of the moon, a first since 1976 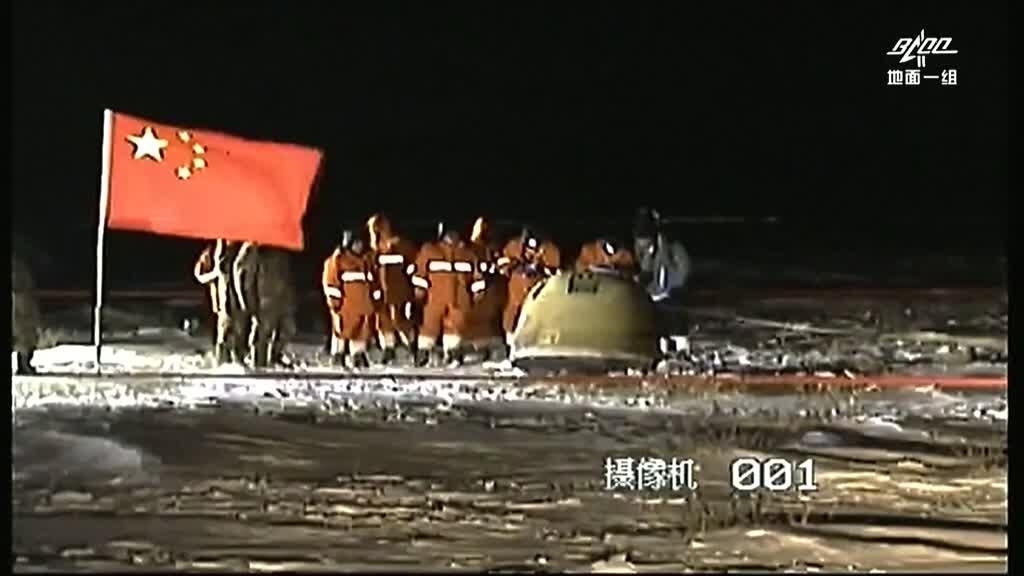 The Chinese space probe Chang’e 5 returned on Thursday without incident, samples of the Moon. This is the first such mission in over forty years.

A “technological feat” in space. China, which had sent a space probe intended to collect samples of lunar rocks, Reported Thursday, December 17 these samples on Earth. The Chang’e 5 return module landed “successfully” overnight in the Inner Mongolia region (north), the Chinese space agency (CNSA) said in a statement.

These samples, after analysis, will provide a better understanding of the lunar history. The mission also helped refine the technologies needed to send Chinese astronauts to the moon – a Beijing goal by 2030.

Public television CCTV broadcast images of the module descending from the night sky using a parachute, before touching down on the snow-covered ground. Trucks and scientists then came to retrieve it and the red flag with five yellow stars was planted near the machine.

With this operation, China becomes only the third country in the world to bring back moon samples, after the United States and the former USSR in the years 1960-1970.

President Xi Jinping sent his “warm congratulations” to the teams in charge of the mission, according to the official China New News Agency. “Your brilliant achievement will remain etched in the memory of our homeland and our people,” said the strongman from Beijing.

It was the first attempt to bring back lunar samples since the successful Soviet Luna 24 mission in 1976.

The United States also collected rocks during the manned Apollo 17 mission (in 1972), but these had been collected directly by the astronauts, which required less remote handling.

“It is a technological feat” which will allow Beijing to be “more confident in its technology,” Chen Lan, analyst for the GoTaikonauts.com site, specializing in the Chinese space program, told AFP. “Such a complex mission is undoubtedly still very difficult to achieve today, even for the United States, Russia and other space powers.”

The Chang’e 5 probe – named after Chang’e, a moon goddess in Chinese mythology – was launched on November 24. It landed on the lunar star on the 1er December near Mons Rümker, in a mountainous area never before explored. The mission consisted of collecting around two kilos of material.

After collecting the samples, the probe’s lander must have automatically ascended into lunar orbit, docked with the orbiter, and then transferred its cargo to the return module. Delicate operations because they are remotely controlled from Earth.

Investments in the Chinese space program

“It had never been done before, by anyone,” said Jonathan McDowell, astronomer at the Harvard-Smithsonian Center for Astrophysics, in the United States. “The fact that everything went off without a hitch is a sign of the maturity of the Chinese space program.”

The samples will allow scientists to learn more about the origins of the Moon, its formation and volcanic activity on its surface.

China is investing billions of euros in its space program, in order to catch up with Europe, Russia and the United States.

It had already struck a big blow in early 2019 by landing a probe and a small remote-controlled robot on the far side of the Moon, a world first.

China sent its first astronaut to space in 2003.

The Asian giant has also just completed in June the constellation of its navigation system Beidou, rival of the American GPS.

This summer, he launched a probe to Mars, where he hopes to evolve a small remote-controlled robot next year. China also plans to assemble a large space station by 2022.