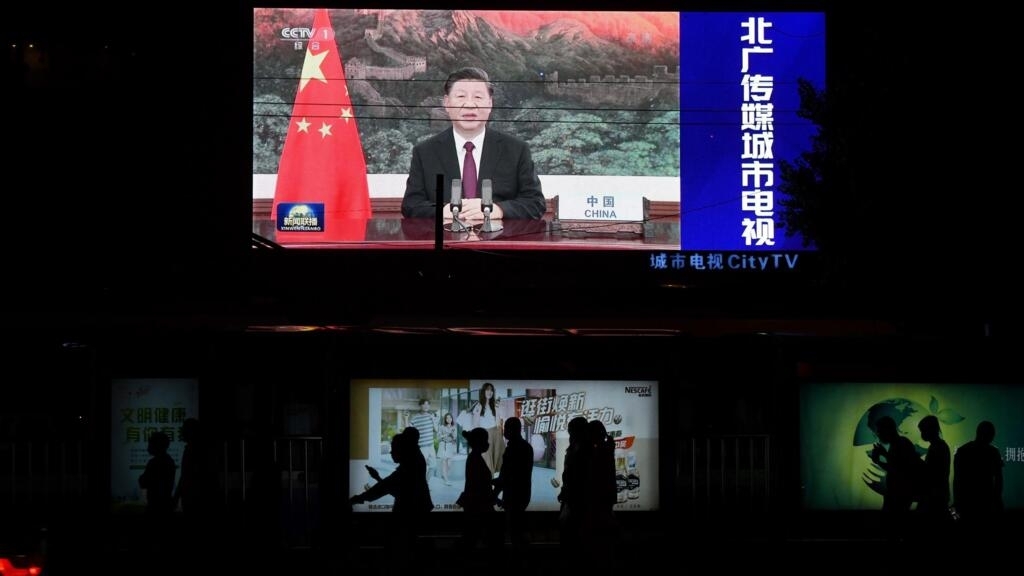 For the first time on Tuesday, China announced a goal of carbon neutrality by 2060. This decision hailed by experts strengthens the Paris climate agreement and accentuates the contrast with the climate skeptic’s attitude of the United States Donald Trump.

Chinese President Xi Jinping made a surprise announcement on Tuesday, September 22, during a speech at theUN General Assembly, which is being held virtually this year. “Our goal is to start lowering CO2 emissions by 2030, and achieve carbon neutrality by 2060,” he said.

Beijing will increase its climate commitments under the Paris climate agreement, he said. These commitments are freely set by each signatory country but they are binding, and they are supposed to be regularly revised upwards. The next round of hikes is seen as crucial to genuinely shifting the global carbon emissions curve and limiting global warming.

“All countries must take decisive action to honor this agreement,” said Xi Jinping, implicitly emphasizing that the United States, the planet’s second-largest emitter, would withdraw from it in November, according to a decision by Donald Trump.

China was already well on the right track to cap its emissions before 2030 (the “peak”, in climate jargon). As for the 2060 target, it is less ambitious than the 2050 date which has been adopted by dozens of small countries and a few large ones, including those of the European Union, but it has been hailed by several experts as a step forward. major to revive the Paris Agreement.

Reducing net carbon emissions to the atmosphere by mid-century to zero is essential to limit global warming to 1.5 ° C, compared to the end of the nineteenth century, concluded climate experts from UN in a benchmark report in 2018.

“This is arguably the closest realistic date for China,” agrees Neil Hirst, a researcher at Imperial College London, of 2060. “It’s a big challenge that will involve shutting down or renovating a large number of relatively modern fossil fuel power plants, ”he points out.

Experts’ disappointment is that China has not brought forward a date for the “peak” of carbon emissions, with the date of 2030 being certain to be met due to the rapid growth of renewable energies in the country.

In his own message to the UN, the US president accused China of “dumping millions and millions of tonnes of plastic and garbage in the oceans” and other environmental violations, and he bragged that US CO2 emissions fell last year.

It is true, but far from sufficient. Donald Trump, by withdrawing his country from the agreement and demolishing several pillars of Barack Obama’s climate plan, has considerably slowed the progress of the United States. This has only been partially offset by a movement of initiatives and regulations at state and city levels.

Chinese Ambassador to the UN, Zhang Jun, replied that the United States had no lesson to teach anyone: “They are the ones who did not ratify the Kyoto Protocol, they who came out of it. ‘Paris agreement. “

The future of the 2015 deal will in part be determined by the US presidential election on November 3. Democratic candidate Joe Biden has pledged to become a signatory again, and achieve carbon neutrality in 2050.

Amazon relies on its users to run its Sidewalk wireless network

The agony of defeat in football

Emmanuel Macron in Lebanon in a spirit of “cooperation and commitment”

teachers and staff of National Education demonstrate Tuesday in France