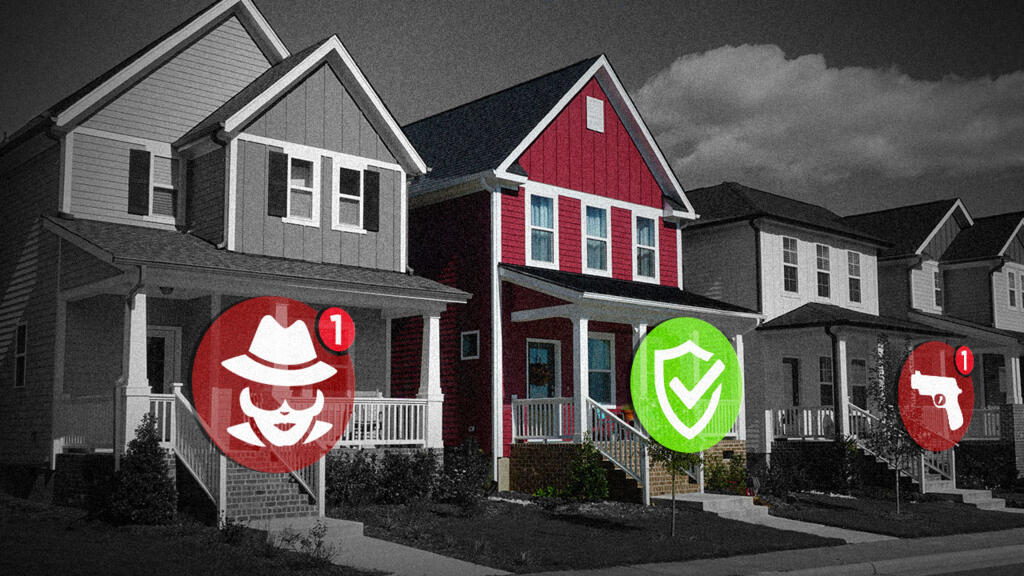 For several days now, the Citizen app has come under heavy criticism for identifying an innocent person. This technology allows its users to report geolocated incidents or infractions and receive alerts when dangers arise.

Ultimately, they are not going to do it. Officials at Citizen – a controversial app for reporting crimes, offenses and other incidents in the neighborhood – on Wednesday, May 26, waived the plan to set up a security “private patrol” service.

Good news for anyone who has been worried about the appearance of these cars in Los Angeles in recent days. “There are few things that make me think more of stepping into a grim dystopian reality than seeing a car with the Citizen logo on it that looks like a police patrol,” could we read on Twitter.

But Citizen’s renunciation does not detract from the fact that this New York-based start-up may have found it acceptable to have a service capable of doing the work of the police instead of the police. “It is worrying about Citizen’s ambitions”, wrote the Vice news site, the first to report this case last Friday.

This is all the more worrying as it is not the only downside to this app which presents itself as a sort of Waze, driving and navigation assistant, of public order. For the past week, she has come under fire from critics following a serious quack in an arson attack in California.

Citizen, which relies on incidents reported by users and announcements made on police radio frequencies, was able to identify a potential suspect. Andrew Frame, the CEO of the company, then offered up to $ 30,000 for his capture. Except that the individual thus designated as the target of a manhunt had nothing to do with it, the police having meanwhile arrested the real culprit.

This seriously damaged the reputation of an application that claims seven million users in fifty major US cities. She raised over $ 100 million with investors and is intended as a tool for a “safer” world. Citizen officials admittedly apologized and assured them that this was an isolated incident. Nevertheless, the episode must have awakened in them the painful memories of the more than chaotic beginnings of this service.

Citizen was born in 2016 as Vigilante (which can be translated as “vigilante” or “vigilante group”). At the time, the creators presented their app as a kind of 911 (the emergency department of the American police) citizen. “Everyone is called upon to participate in the effort to maintain public order,” the launch statement read.

A concept that displeased the police

The application was then very focused on reports made by users. By opening Vigilante on his smartphone, it was thus possible to see on a map all the incidents in the vicinity, whether they were traffic accidents, assaults, fires or even fights. The goal was to allow people to take the “safest way home” or “come to the assistance of people in danger”, explained the company’s officials.

This concept had then greatly displeased the police, who called on the population “to let the professionals take care of security issues”. We can understand their irritation: in the launch video of Vigilante, ordinary citizens save a woman on the verge of being assaulted, thanks to the reports on the application, while the police patrols struggle to arrive at the scene of the tragedy … This promotional clip ended with the message: “Can injustice survive transparency?” In other words, Vigilante promised that if everyone had access to the same information as the police, crime would no longer pay.

Apple didn’t like the idea either, and quickly removed the app from its App Store for “security reasons.” The apple brand did not want to authorize a service that “risked pushing individuals to take justice into their own hands”, points out the New York Times.

What would sound the death knell for this idea? Nay: Vigilante returned a year later under the name Citizen. But this time, no question of letting ordinary people play amateur policemen. The new version of the app generated a continuous stream of location-based incident alerts posted by Citizen employees, whose job it was to listen to and filter radio waves from police and other services, such as firefighters. “Citizen made it possible to evacuate buildings on fire or to find missing persons”, can we now read in the official communication of the start-up.

A fear that can pay off big

In 2020, users are again called upon to report possible public disturbances. Citizen then enacts rules of good conduct which prohibit, in particular, “to report suicides in private residences, to denounce ‘shady individuals’, to name suspects or to provide only vague descriptions”, explained a spokesperson. Citizen told The New York Times.

The app also adds the ability to film live events and comment on them. “By broadcasting from the scene of an incident, by reading updates provided by users, communities have additional sources to feel safe,” explains the start-up.

And some take this task very seriously. A New Yorker, whose username is BoyWonder, has already posted nearly 700 incident videos, reports The New York Times.

Citizen is doing everything to get people to become addicted to the app, Vice found. Internal emails, which the site was able to consult, indicate that employees are pushed to send as many notifications as possible, “even if sometimes they are not the most relevant”, underlines a former employee of the start-up, who has preferred anonymity, interviewed by Vice.

This constant stream of alerts “can cause people to perceive the world around us as far more dangerous than it really is,” says Pamela Rutledge, director of the Media Psychology research center, iInterviewed by CNN.

This is the very principle of the business model of a free app like Citizen. “She can’t make money if people aren’t convinced that there is a constant threat around them and that you have to pay to be better protected,” said the ex-employee interviewed by Vice.

This is the goal of services like the “private patrol” of security which the start-up has tested. She could have been recruited by Citizen users to keep them safe when they come home late from work, the Washington Post said. The application also offers another service for $ 20 per month, called “Protect Agent”, which allows you to have a kind of personalized protection system. An employee can, at the user’s request, connect to the phone remotely to listen through the microphone if a threat arises and urgently notify other Citizen users and the police.

“In a healthy democratic society where everyone is not afraid of their neighbor, this type of service would not work,” said Chris Gilliard, a specialist in electronic surveillance issues at the University of California at Los Angeles, when interviewed by Vice. Citizen’s success confirms, he says, that the United States is no longer there. In such a divided society, the app developers have realized that fear is easy to generate, cheap to maintain, and can pay off big.

France and South Africa in tune on the lifting of patents

the “Oath Keepers”, the paramilitary fringe of the attackers

Ahmad Massoud: “A hasty American withdrawal would lead to civil war” in Afghanistan

a coalition will submit the candidacy of Laurent Gbagbo