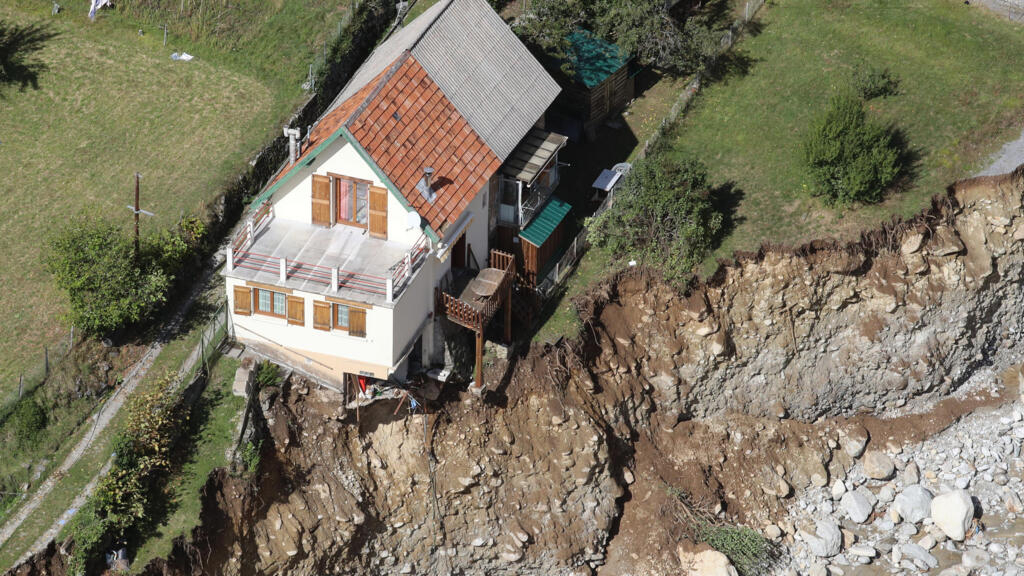 In France as in Italy, many villages were devastated by water and landslides on Saturday. Hundreds of firefighters remained mobilized on either side of the border to provide assistance and search for the missing.

Torrential rains followed by flash floods in the south-east of France and north-west Italy claimed the lives of at least two Italians, including a firefighter, on Saturday 3 October. Twenty-one of the twenty-two people – 18 Italians and four Germans – declared missing by Rome were found near the Tende Pass in France and were being evacuated by helicopter, announced on Saturday evening. , Italian Civil Protection.

Damage is severe on both sides of the border: many villages have been devastated by water and landslides, roads and bridges have been damaged or destroyed, and hundreds of firefighters remain mobilized to provide assistance and search for the missing.

In Italy, a 53-year-old volunteer firefighter died during an intervention in Valle d’Aosta and a man drowned when his car fell into the Sesia River. The Piedmont region spoke of an “extremely critical” situation. According to the president of the Piedmont region, these bad weather have been the most serious since 1994, when the Po and Tarano floods killed 70 people.

In France, in the Alpes-Maritimes, the emergency services reported eight missing some, including two firefighters and two elderly people swept away by the collapse of their house in a river. We also had no news from many other people.

It was not possible to know Saturday evening if some missing were counted both by French relief and Italian relief, who coordinated to conduct the search. French Prime Minister Jean Castex, who came to the scene, expressed his “deep concern about the final balance sheet”.

The French army and hundreds of rescuers are deployed to search for the missing, to bring medical means by helicopter to isolated inhabitants and to evacuate some of them. The Roya valley, straddling France and Italy, was cut off from the world for many hours and localities remained so on Saturday evening, due to gutted roads or the absence of electricity and telephone network.

Rainfall amounts of up to 500 mm

It is in this area that the most affected municipalities on the French side are found, in the hinterland of Nice, as well as in the valleys of Vésubie and Tinée, enclosed in mountainous areas of the Alps. In Italy, in the city of Ventimiglia, where the Roya left its bed, the mayor Gaetano Scullino considered “that a disaster of this kind has not happened since 1958, when the river caused a footbridge to collapse. ‘spanning’.

In Liguria, the rains and the wind also hit the olive growing sector. Farmers report significant damage to olive groves as harvests approach. Rainfall accumulations throughout this episode “generally reached 200 to 350 mm and occasionally up to 500 mm”, unprecedented, according to Météo France.

The storm also affected Switzerland, which reported no casualties but extensive damage (cut roads, floods and landslides). At several weather stations, precipitation records over 100 years old have been broken.

Test of the Motorola razr 5G, the folding smartphone at 1600 euros that relies on style

the army claims victory against the rebels

In Cameroon, an association is mobilized against the pollution of the Wouri River

Heckled, the Blues won 2 goals to 1 against Croatia