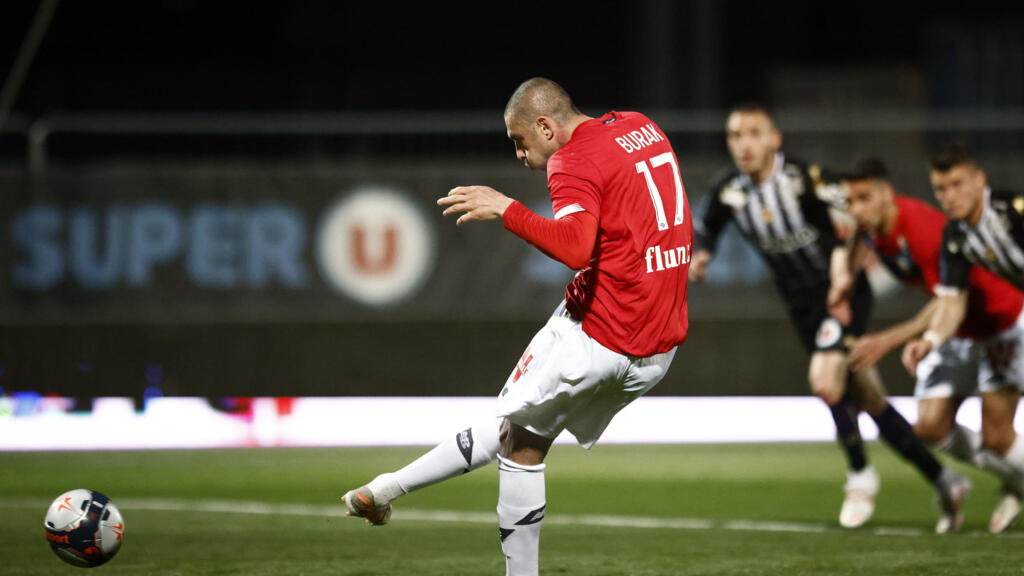 For the fourth time in its history, Losc was crowned French champion on Sunday by beating Angers 2-1. He succeeds Paris SG, which he is ahead of by one point and thus deprives of a tenth title.

Lille, winner at Angers 2-1 on the last day, Sunday 23 May, was crowned French Ligue 1 champion for the fourth time in its history, the first since 2011, ending three years of reign of Paris Saint-Germain.

Goals from Jonathan David (9th) and Burak Yilmaz (45th + 1 s.p.) gave Losc the victory it needed to be champion.

PSG, winner in Brest (2-0), hoped for a misstep from Lille to get back to the top, but his dream never took shape during the “multiplex”.

Le Losc, already titled in 1946, 1954 and 2011, had his destiny in hand and did not waver during the 38th day, winning thanks to goals from Jonathan David and Burak Yilmaz to deprive PSG of a 10th title.

The crazy season which has just ended, turned upside down by the Covid-19 pandemic, behind closed doors, has given birth to a denouement without rebounding for the leading duo.

Lille, who spent half the season in first place, saw their consistency rewarded, ahead of Parisians whose eight defeats constitute a record of the Qatari era that began ten years ago.

The relay transition between the two teams took place on April 3, when the Northerners won at the Parc des Princes (1-0) thanks to David.

The Canadian forward struck again in a crucial game, this time at Raymond-Kopa Stadium, after a deep serve from Renato Sanches.

This rapid opening of the scoring freed the formation of Christophe Galtier, who had regretted the “tension” of his players last weekend, against Saint-Etienne (0-0).

A title that Paris monopolized since 2018

Yilmaz, another strong man in the Lille system, sealed the match before half-time, from the penalty spot. Romain Fulgini reduced the gap at the end of the match (90th + 1), too late to make the “Mastiffs” fail.

The attitude of “Kral” (“king” in Turkish) Burak decided against that of Neymar who, earlier in the evening, failed his attempt against Gaëtan Larsonneur (19th). The failure of the Brazilian, usually imperial in this exercise, embodied the difficult evening that the Parisians spent, caught in the downpour at Francis-Le Blé.

In a dull match, Angel Di Maria avoided the club a bad surprise, by scoring on a corner deviated by Romain Faivre (37th).

After a period of Finistère domination, Kylian Mbappé doubled the counter (71st), the 27th goal in L1 of the striker elected best player of the season.

Certainly, Paris must give up a title it had monopolized since 2018, but it qualified for the group stage of the Champions League, a scenario that was not assured until the last day.

Fourth one point behind Monaco at kickoff, Lyon dreamed a lot of C1. At half-time, OL had their goal, leading against Nice (2-1) thanks to the double from Karl Toko Ekambi (14th, 40th), while ASM clashed with Lens (0-0) .

But fifteen minutes after the return from the locker room, the evening turned into a nightmare, after goals from Hassane Kamara (50th) and William Saliba (57th) who put the Aiglons in the lead (3-2).

Faced with a team that has nothing more to play, Rudi Garcia’s men thwarted in unexpected proportions given their good momentum.

"France is an accomplice of Israel"

Report: A week after the Moria fire, migrants are still living in the hell of the streets