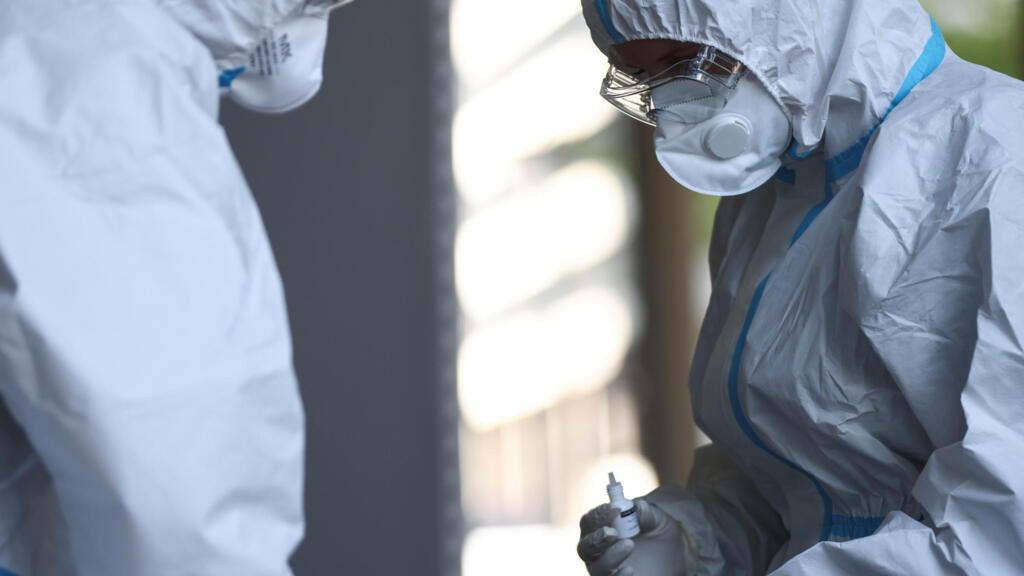 While the million dead mark has been crossed, the development of rapid tests to detect Covid-19 is triggering a global rush: Donald Trump has announced the distribution of 150 million in the United States and the WHO has promised 120 millions to poor countries, provided the funds are found.

Over a million people around the world have died from Covid-19, with an acceleration in the number of additional deaths every day while contaminations are on the rise in several countries. The pandemic has killed at least 1,002,036 people since the end of December, according to an AFP report on Monday at 11 a.m. GMT. The United States, Brazil and India, the three countries most affected by the health crisis in terms of numbers of deaths, together represent nearly 45% of the global toll.

Many public health experts have been campaigning for months for the use of so-called antigenic rapid tests, inexpensive, comparable to pregnancy tests and the result of which is obtained in 15 minutes, against several days for a classic test. While generally less accurate, these rapid tests may be more than sufficient, especially during a peak of contagiousness, when it is crucial to isolate positive cases. They would thus make it possible to multiply the volume of tests in order to better detect the spread of the coronavirus.

In the midst of his re-election campaign, Donald Trump announced Monday that 150 million of these rapid tests would be distributed in the United States, of which 50 million “will be used to protect the most vulnerable communities”. Historically black or Native American teachers, nursing homes and universities will be given priority, he promised. These tests are manufactured by the Abbott laboratory, which received urgent marketing authorization at the end of August and which is currently the only one to offer them in the United States.

At the same time, the World Health Organization – with which the administration of Donald Trump has broken off – and its partners have promised 120 million tests for the poorest countries, on condition, however, that the money is found to acquire them. “We have an agreement, we have a start of funding and now we need the full amount to be able to buy these tests,” WHO Director-General Tedros Adhanom Ghebreyesus said during a virtual press conference .

At a unit cost of $ 5, with a price that should drop as production increases, however, the UN organization would need $ 600 million to finance its pledge, while the Global Fund has it now. already promised 50 million.

These announcements come as the pandemic continues to progress around the world, particularly in Europe where the virus is still circulating at a high rate. The latest countries concerned, the Czech Republic and Slovakia, announced on Monday their intention to declare a state of emergency to deal with the sharp upsurge in cases of contamination.

In the west of the continent, France and Spain are increasing the restrictions in an attempt to slow down this new wave of contaminations. Madrid introduced new restriction zones, while Aix-en-Provence and Marseille in the south of France saw their bars and restaurants close on Sunday evening.

Same atmosphere on the other side of the Atlantic. While New York, already badly affected during the spring, sees the number of contaminations start to rise again, in Canada, Montreal and Quebec go on red “alert” for 28 days with the closure of several sectors of the economy during the period.

Conversely, in Latin America, hard hit by Covid-19, restrictions are gradually lifting: international flights will resume in Colombia and Peru, and almost all of the seven million inhabitants of Santiago du Chile regained their freedom of movement on Monday after months of confinement.

The same is true in Australia, with the end of two months of nighttime curfew in Melbourne thanks to a marked drop in the number of new infections.

Baseball Misconceptions, Correct Hitting Techniques - Have you ever heard of Squish the Bug?

a “concert of casseroles” against anti-Covid measures degenerates into violence

Sputnik V, the Russian vaccine gains (a little) in credibility