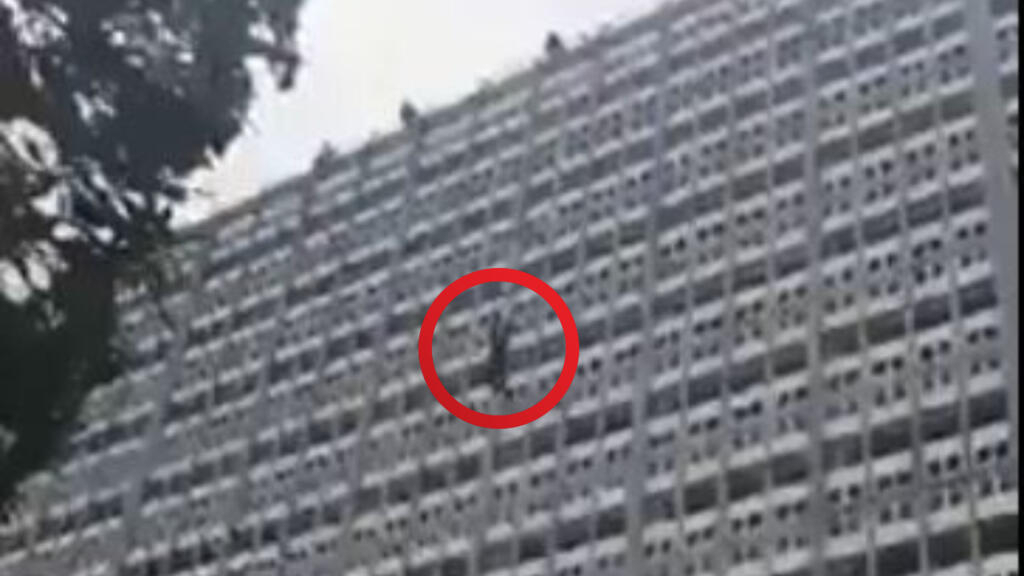 In a desperate attempt to make their voices heard, workers without salaries for six months threw a mannequin on Thursday (December 3rd) from the roof of the El Hana international hotel in Tunis, where they work. Filmed, the scene caused a stir among passers-by who believed in real suicide. To shock public opinion was precisely the aim of the author of this act, who sees this as the only way to draw attention to the situation of employees, he explains.

Due to unpaid bills, the authorities cut the power to the hotel in early November. Since then, the establishment hardly receives any more customers but employees gather there every day to claim six months of unpaid wages, as well as a social cover which their employer must provide them.

Negotiations between the employees, represented by the General Union of Tunisian Workers (UGTT), and the owner, Tunisian businessman Raouf Mhenni, facing financial difficulties, were unsuccessful. And so it was in desperation that they organized this false suicide.

On videos published on Facebook in particular, we hear residents screaming in terror, while others run inside the building to try to rescue what they believe to be a human being and who has just landed. on the roof of the reception, located on the first floor.

In this video, we see an employee picking up the mannequin that had landed on the 1st floor of the building.

Hafid (pseudonym), is the father of a family and employee of the El Hana hotel. It was he who threw the mannequin from the roof. We have chosen to preserve his anonymity.

“I am aware that I have done an illegal act”

I have been working for several years in this hotel and despite my seniority, I receive a modest salary, less than 600 dinars [182 euros, NDLR], without benefiting from social cover. For two months, electricity has been cut in the hotel because a bill of 120,000 dinars [35 000 euros, NDLR] has not been paid.

To protest, the governorate of Tunis and the presidency of the government were asked, in vain.

The 116 hotel employees can no longer meet the needs of their families. For three days, I have been sleeping on a sofa at the hotel: I don’t want to go home without having obtained something to buy my child to eat, when I was very young.

I said to myself that we had to come up with a strong idea for action so that people understand that we can’t take it anymore. I suggested to the UGTT unionists who took part in the sit-in the idea of ​​throwing in a dummy, and they quickly adopted it.

I am aware that this action is not legal, but I thought that it would be likely to cause an electric shock in the public.

Over-indebtedness, mismanagement, the international hotel of El Hanna has come close to bankruptcy on several occasions in recent years. In 2016 in particular, the establishment was placed under the responsibility of a receiver, until January 2017.

The Observers editorial team tried to contact Raouf Mhenni, the owner of the hotel. We will publish his response if it reaches us.

This video has deceived many Internet users. Tunisian Facebook pages (here, but also here or the) relayed it by claiming that it was a real human being who had thrown himself from the top of the building.

“Urgent, an employee of the El Hana International hotel committed suicide”, writes for example a surfer.

If you want to know more about verifying images on social media, feel free to consult the Observers editorial verification guide, here.