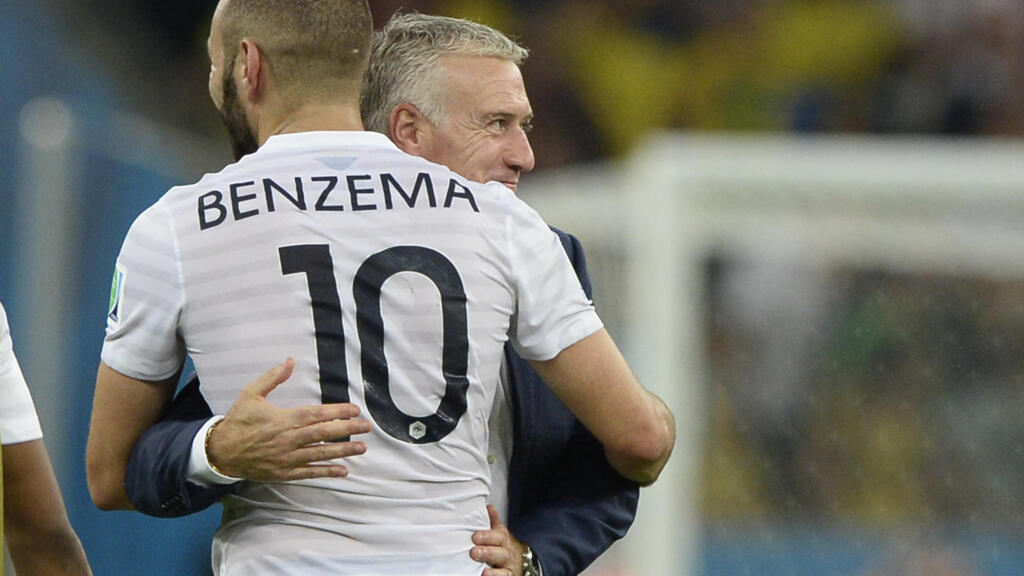 Didier Deschamps delivered on Tuesday the name of the 26 Blues who will play Euro-2021 from June 11 to July 11. Among them, the ghosts Marcus Thuram and especially Karim Benzema, who has not played with the France team since 2015.

Everything is forgotten. The coach Didier Deschamps created a surprise Tuesday, May 18 by calling, among the 26 players called to play Euro football (June 11-July 11), Karim Benzema, excluded from the France team since 2015 and his indictment in the case of the sextape of Mathieu Valbuena.

The Real Madrid center-forward with 81 caps, whose last selection dates back to October 8, 2015, is on the list unveiled on Tuesday, along with Sevilla FC defender Jules Koundé, never called up before, and striker. from Mönchengladbach Marcus Thuram (3 selections).

Suspected of having participated in a blackmail attempt targeting his former teammate with the Blues, Mathieu Valbuena, the player trained in Lyon will be tried by the court of Versailles from October 20 to 22, 2021.

“I have always ignored my personal case”

Before Euro-2016, his sidelining had been justified by “the exemplary nature and the preservation of the group” in a press release co-signed by Didier Deschamps and the president of the French Football Federation, Noël Le Graët.

In reaction, Benzema had accused the coach of having “yielded under the pressure of a racist part of France”, two days before the Breton residence of Deschamps was vandalized, with a tag calling him “racist”.

The boss of the 2018 world champions, strongly affected by this episode, has yet integrated the name of “KB9” in the list announced Tuesday on TF1 and M6, the two broadcasters of the Euro.

“I have always ignored my personal case, the France team does not belong to me, it is above all,” explained Deschamps, claiming to have overcome his reluctance after having “discussed at length” with the forward -center.

The Real Madrid player reacted in a message posted on his Twitter account. “So proud of this return to the France team and of the trust that I am given. Thank you to my family, my friends, my club, to you … and to all those who have always supported me and give strength to everyday life, “wrote Karim Benzema shortly after the announcement.

A novice in the selection

This surprise announcement totally eclipses the 25 other names that Deschamps has put on his list, the final version of which must be transmitted on 1er June at UEFA. Two other players stand out, however: the Mönchengladbach striker Marcus Thuram (3 caps) and the defender Jules Koundé (Sevilla FC), a neophyte called directly for a great competition, a first for a Deschamps yet accustomed to honing his choices upstream. . “It’s not my job to make surprises. Jules Koundé could have been with us in March but I left him at the disposal of the France Espoirs team (for the first phase of the Euro-Espoirs) We have been following him for a long time and he is having a very good season, ”explained Didier Deschamps.

Despite an extremely short playing time at Chelsea, Olivier Giroud is also on the list. At 34, the second top scorer in the history of the Blues (44 goals in 107 matches) will be traveling in the company of Wissam Ben Yedder and Ousmane Dembélé, other attackers summoned by Deschamps.

Already absent from the 2018 World Cup, Anthony Martial, recently injured, is not called. “He would have been there, but he is not even available and it has been two months, he has physical problems,” said the coach.

for carbon neutrality, no new fossil projects, warns the IEA

the French Senate votes on a rewritten text

For its return to school, the government is making security its priority

in a “critical” epidemic situation, France is stepping up controls

In Burma, the junta frees more than 23,000 prisoners