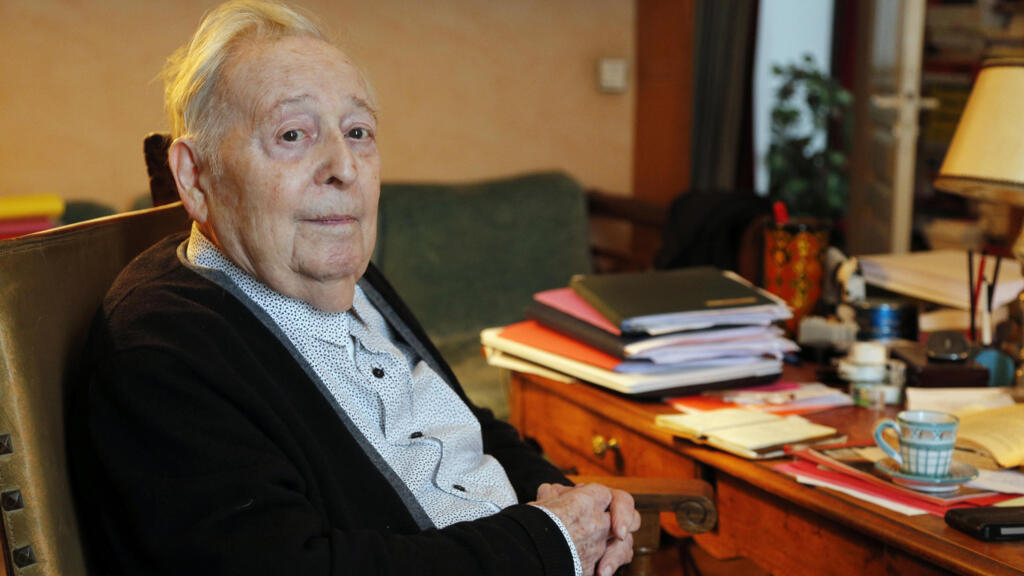 Historian Marc Ferro, a great specialist in the Soviet Union and Russia, but also in the wars of the twentieth century, colonization and cinema, died on the night of Wednesday to Thursday at the age of 96, his family told AFP.

Specialist in the USSR and Russia, but also in the wars of the twentiethe century, colonization and cinema, Marc Ferro has, for twelve years, embodied History on television, with his program “Parallel History” on Arte.

Died on the night of Wednesday 21 to Thursday 22 April, at the age of 96, he had signed his 65 in early 2020e book “The entry into life”, which tells of turning points in the career of personalities such as Chaplin, Kennedy, Trotsky or Gandhi.

This internationally renowned historian has had the distinction of having failed – seven times! – the aggregation, a priori essential university recognition. A failure which did not prevent this pupil of the great historian Fernand Braudel from directing, from the 1970s, the prestigious journal des Annales.

>> To read also: Death of the hero Hubert Faure, one of the last “brave” of the Kieffer commando

Founded in 1929 by Marc Bloch and Lucien Febvre, the Annales school, which had a great influence, sought to present a complete, “total” history, without limiting itself to political, military or diplomatic aspects.

Engaged in the Resistance, he joined the Vercors maquis

From an Italo-Greek father and Ukrainian mother, he was born in Paris on December 24, 1924. At the age of 12, he wrote in 30 pages, written in pen and in a few weeks, the account of a period in the history of France , ranging from the Hundred Years War to Joan of Arc. This is called vocation.

During the war, sent by his family to an unoccupied zone, he studied history in Grenoble. Studies interrupted by the war: engaged in the Resistance, he joined the Vercors maquis to escape the STO [service du travail obligatoire] and participates in the liberation of Lyon. His mother, Jewish, died in Auschwitz in 1943.

Young married man and father, he was assigned to Oran, Algeria, to teach there from 1948 to 1956. He committed to Algerian independence.

In 1960, he returned to Paris where he taught and prepared a doctoral thesis devoted to the Russian Revolution of 1917. He demonstrated how Lenin’s seizure of power was not only the result of a clever coup d’etat, but also its roots in a tidal wave.

Next, Marc Ferro taught at the École Polytechnique, then headed the “Cinema and History” research group at the École des Hautes Etudes en Sciences Sociales (EHESS): he shows in several books that films (and not necessarily films so-called “historical”) greatly assist in analyzing society.

Emeritus research director at EHESS, Marc Ferro innovated at the end of the 1980s by putting the film archives of great moments in contemporary history, such as the period 1939-45 and the Cold War, within the reach of the general public.

It is the adventure of “Parallel history” that he presents on La Sept [ancien nom d’Arte] (from 1989 to 92), then on Arte until 2002. In the light of documents borrowed from all the camps, he analyzes the history and the stories that we tell about it.

>> Read also on France24.com: Declassification of archives over 50 years old: not everything is unlocked for historians

Round face, wearing tortoise-shell glasses, a slightly jerky tone, sometimes abrupt, and a high-pitched voice, Marc Ferro appeared “jovial and scrupulous, a fine specimen of a pipe historian”, notes L’Express. In fact, no one since Alain Decaux had found the right tone to tell the story on television.

This non-communist left-wing man, who said he was the first researcher to gain access, in 1967, to the archives of the Soviet Communist Party, considered that “the historian must preserve, explain, analyze, diagnose. He must never judge”.

He explained in 1995 to the magazine “L’Histoire” that his books on the USSR had been for a long time “covered with a sort of veil, willful ignorance, implicit devaluation on the part of both Communists and former Communists. anti-communists “.

>> See also on France 24: IT’S IN FRANCE – The Paris Commune, a little-known revolution