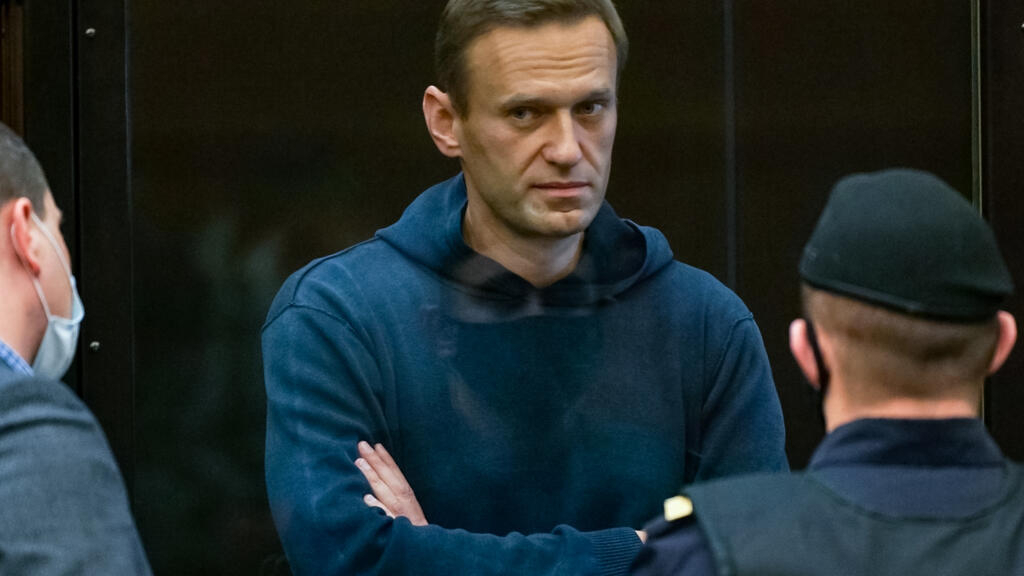 The personal doctor of the 44-year-old Russian opponent, Anastassia Vassilieva, and three other doctors including a cardiologist asked, Saturday, April 17, immediate access to Alexeï Navalny, sick and on hunger strike in his prison, judging that ‘ he could now have cardiac arrest at any time.

Close doctors by Alexeï Navalny, ill and on hunger strike in his prison, demanded Saturday to be able to see him, deeming he could now have cardiac arrest at any time, Joe Biden for his part joining in concerns about the fate of the opponent Russian.

“It is totally unfair, totally unfair”, replied the American president to the journalists who questioned him in the United States on the fate of Alexeï Navalny, referring to the “poisoning and then the hunger strike” of the opponent.

The main Kremlin critic stopped eating on March 31 to protest his poor detention conditions, accusing the prison administration of denying him access to a doctor and medicine after suffering from a double hernia discale according to his lawyers.

44-year-old opponent’s personal doctor Anastassia Vassilieva and three other doctors including a cardiologist have requested immediate access to Alexei Navalny, according to a letter to Russian prison services published on Saturday. on Ms. Vassilieva’s Twitter account.

According to her, the level of potassium concentration in Alexeï Navalny’s blood has reached a “critical” level of 7.1 mmol / L (millimoles per liter), “which means both impaired kidney function and severe heart rhythm problems can occur from one minute to the next ”.

“A patient with such a potassium level should be observed in intensive care, because fatal arrhythmia can develop at any time. Death from cardiac arrest,” cardiologist Iarolav Achikhmine added on Facebook.

The spokesperson for the opponent, Kira Iarmych, for his part quoted on Twitter the doctor Alexandre Poloupane, who had already treated Mr. Navalny, saying that “it is a total indication of hospitalization. If the treatment does not begin not, he will die in the next few days “.

Alexei Navalny barely survived a poisoning that had left him in a coma last year. He accused the Kremlin and the Russian security services of being responsible, which they deny.

Kira Iarmych, who was in the company of the opponent when he became seriously ill after his poisoning last August, said on Facebook to see a parallel with the current situation.

“Alexei is dying. In his condition, it is a matter of days,” she wrote, stressing that few people had had access to the opponent since his incarceration in the Pokrov camp, at 100 km east of Moscow, renowned as one of the toughest in Russia.

Returning in January after five months of convalescence in Germany, the opponent was immediately arrested and sentenced to two and a half years in prison in a former fraud case that he denounces as a policy.

His wife Yulia, who visited him earlier this week in his penal colony, said he now weighed 76 kg, nine kg less since the start of his hunger strike.

The opponent’s relatives announced after his imprisonment that they wanted to organize the “biggest protest in modern Russian history” and called on the Russians to support this project by registering via a website.

On Saturday, 440,000 people had done so, out of the 500,000 required by the opposition to announce the date of the demonstration. Kira Iarmych called on Alexei Navalny’s supporters to continue registering to save his life, because “Putin only reacts to mass demonstrations”.

The Russian prosecution for its part asked on Friday that several organizations linked to Alexeï Navalny be declared “extremists” and therefore banned in Russia.

The National Assembly votes in favor of an ecocide offense

Five years after the Paris Agreement, a virtual summit to step up efforts for the climate

Opening of Roland-Garros 2021: “An impression of renewal”