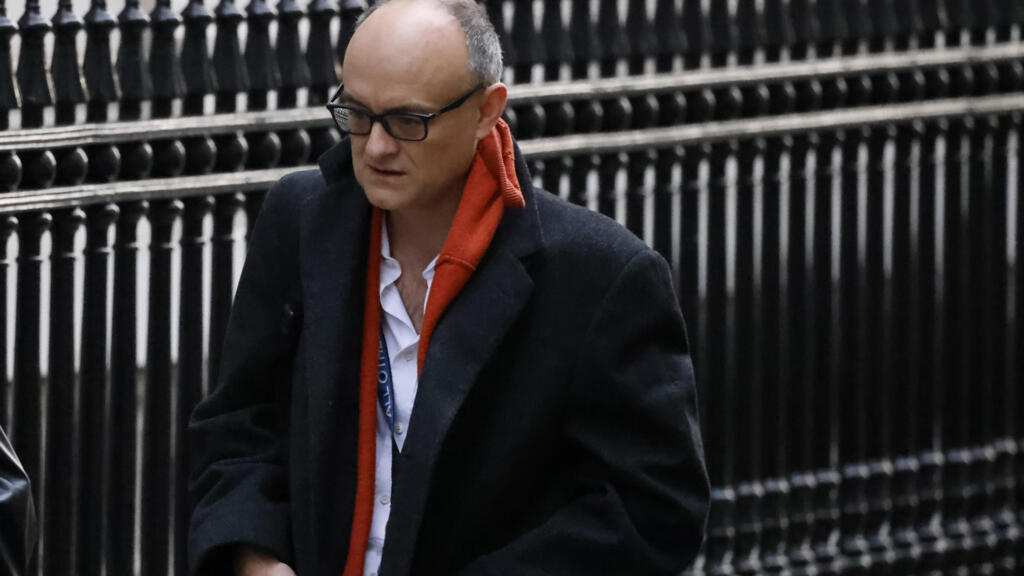 In the grip of internal tensions, the British government announced on Friday the departure of Dominic Cummings, special adviser to Boris Johnson, considered the architect of Brexit.

Boris Johnson’s “brain” on the way. Shaken by internal tensions due to Brexit negotiations and at the management of the Covid-19 crisis, The British government announced on Friday November 13 that Prime Minister Boris Johnson’s closest adviser would step down in mid-December.

Several media, including Reuters, were able to see Dominic cummings leaving 10 Downing Street on Friday night, a box in his hands. According to the BBC and Sky News, the special adviser to Boris Johnson, one of the main architects of Brexit, has already left his post.

The considerable weight he has taken with the Prime Minister, his combative approach and his desire to want to control everything, according to the press, has led to a climate of permanent tension within the executive and the conservatives.

Ä daggers drawn with the administration, because of his desire to reshape the public service, he is suspected of having been at the origin of a series of dismissals of ministerial assistants, accused of not defending with enough vigor the cause of Brexit.

“Advisors come and go,” Transport Minister Grant Shapps commented on Sky News Friday morning. “We will miss him, but we are moving into a different phase,” Brexit and the massive test deployment during the pandemic, which Mr Cummings helped put in place, touching the mark.

Deal or no Deal

These upheavals at the heart of power come as the United Kingdom and the European Union have embarked on a final sprint of negotiations in an attempt to reach a trade deal before the end of the post-Brexit transition period on December 31.

A “no deal” at the end of this period, during which European rules continue to apply, would imply the reinstatement of customs duties and quotas between London and the 27, potentially damaging to economies already weakened by the pandemic .

According to The Times newspaper, Boris Johnson wishes to resume a peaceful dialogue with Conservative MPs and adopt a “less dogmatic” approach to the European Union.

Some also see it as an attempt to moderate his line after the election of new US President Joe Biden, pro-European.

“It is simply false,” responded a spokesman for Boris Johnson. “The position of the government (…) is unchanged”, he continued: he wants an agreement respecting “fully the sovereignty of the United Kingdom”.

For Conservative MP Bernard Jenkin, the departure of Dominic Cummings will restore “the respect, integrity and trust” that “were lacking in recent months” between parliamentarians and the executive.

In the Labor opposition, MP David Lammy said on Twitter that Brexiter will have had “one of the most harmful influences in modern history on the British government”, leaving behind a culture of “intimidation, deception, hypocrisy and excessive pride “.

In May, Boris Johnson had flown to the aid of his adviser during the scandal caused by his trips in full confinement, then prohibited. This case, which had shocked public opinion, had embarrassed the leader, already strongly criticized for his management of the health crisis.