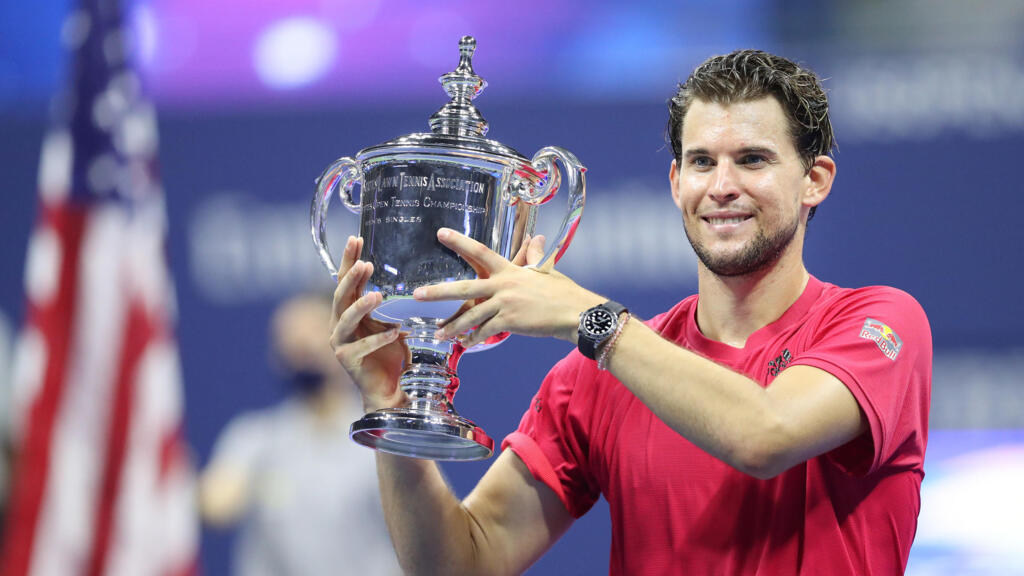 The fourth was the good one for Dominic Thiem: the Austrian, formidable self-sacrificing, won his first Grand Slam tournament at the US Open after a fantastic comeback, after being led by two sets by the German Alexander Zverev, Sunday, September 13, at Flushing Meadows.

He is the first new winner of a Major since Marin Cilic at the 2014 US Open. And he is the first non-Big 3 winner since Stan Wawrinka at Flushing Meadows as well, in 2016. This year, Novak Djokovic was disqualified after a mood gesture in 8es final, while Roger Federer (knee operated) and Rafael Nadal had ignored this tournament played under unprecedented conditions, dictated by the coronavirus, and in particular behind closed doors.

Falling to the ground, his arms crossed after Zverev’s direct foul on his third match point, he struggled to his feet and it was his opponent, also his friend off the courts, who came to meet him for the embrace, favoring fair play over the distance imposed by protocol.

“It’s the first of your many Grand Slam titles, no doubt. It was a tough battle, I wish he had missed a few more shots to be able to lift the trophy, but there you go, I make the speech of the finalist “, then commented on the 7e world, passed so close – several times two points before the match – to experience such a first joy.

Instead, the 23-year-old’s tears rose to the microphone. He had all the trouble to repress them by evoking how much he missed his parents, who usually follow him on the circuit.

“I really wish there were two winners tonight”

“We’ve known each other since 2014, we became friends straight away and our rivalry started in 2016. It’s amazing where all of this has taken us today. I really wish there were two winners tonight. , we both deserved it, ”Thiem paid tribute to him.

After his solid victory in the semi-finals at the expense of Daniil Medvedev, finalist last year, the Austrian slugger appeared as the legitimate favorite of this final. Not to mention that he led 7 wins to 2 against Zverev and remained on three consecutive victories, the last of which was in the semi-finals in Melbourne (3-6, 6-4, 7-6, 7-6).

This 8e success has a historic flavor, as it makes Thiem the first player in seventy years to win a US Open final after falling behind two sets to nothing.

Two sets during which he missed out on his final, appearing stressed by the stakes and the pressure. He faced a player surfing on his feat in the semifinals, during which he had just managed for the first time in his career to recover two sets behind to win at the expense of the Spaniard Pablo Carreño.

Thiem ended up finding the same mental resources to return to his height despite a break at the start of the third set. And the standoff intensified significantly in the fifth set.

Broken at 5-3, the Austrian immediately resumed Zverev’s service and once again in the eleventh game to lead 6-5. But Zverev managed to unbreak in turn to snatch a decisive game, in which the German ended up cracking.

Prostrated in his chair afterwards, staring into space, he must have wondered how the match had escaped him. But aware of being in turn very close to the goal, he promised his camp: “We are on the right track. One day, we will lift a Grand Slam trophy, that’s for sure”.

The twisted confession of a cheating housewife

US Customs seize 2,000 fake AirPods which are in fact… OnePlus Buds

the Palermo tournament, testing ground for a competition during the Covid-19 era

Baseball Uniforms – Things You Should Be Aware Of

How to handicap tennis matches