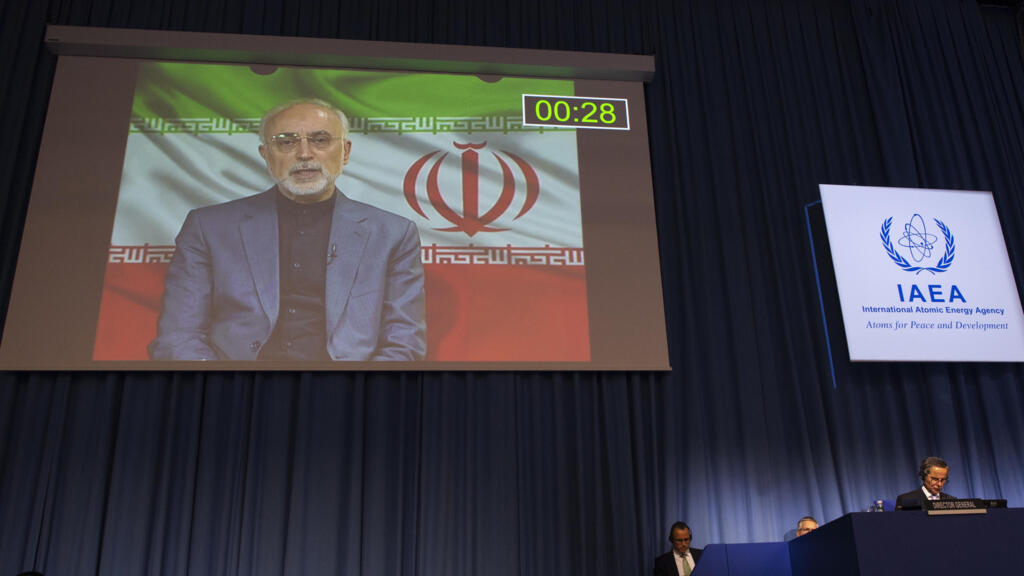 The United States on Monday imposed highly controversial unilateral sanctions to increase pressure on Iran at the same time as the United Nations deplores “a deficit of multilateral solutions” in the face of too many “multilateral challenges”.

New presidential decree in support, Donald Trump announced, Monday, September 21, punitive measures against 27 people or entities, officially in the name of respect for UN sanctions against Tehran yet contested by the rest of the world.

“My government will use all the means at its disposal to block Iranian ambitions in matters of nuclear, ballistic and conventional weapons”, warned the American president.

Among the measures, sanctions targeting the Iranian Defense Ministry, the Iranian Atomic Energy Organization, and even Venezuelan President Nicolas Maduro, accused of helping Iran “bypass the UN embargo on arms”. Most were in fact already on other US blacklists.

But these symbolic announcements mark a further escalation on the part of the Trump administration, since they are supposed to make it possible to enforce UN sanctions considered as imaginary by its adversaries as by its allies.

The United States indeed affirmed this weekend that “all UN sanctions against the Islamic Republic of Iran” were “back”, following a contested procedure they themselves initiated. These sanctions were lifted under the international agreement reached in 2015, when Tehran pledged not to acquire nuclear weapons.

However, President Trump, deeming this text negotiated by his predecessor Barack Obama insufficient, withdrew with a crash in 2018 his country, which in the process re-established or even tightened its own bilateral sanctions. Now, in a legal pirouette, the United States is invoking its status as a country “participating” in this agreement to restore the sanctions, which almost all other members of the UN Security Council dispute.

For the rest of the world, therefore, absolutely nothing happened this weekend. Iranian Foreign Minister Mohammad Javad Zarif swept aside the new sanctions. “There is nothing new”, “the United States have already put all the pressure they could on Iran” without succeeding in bringing the Iranians “to their knees,” he said on Monday. a virtual conference organized by the think tank Council on Foreign Relations.

The Europeans also considered that the American maneuver was “without effect in law”, even as the head of American diplomacy Mike Pompeo called on them to “apply these sanctions”.

Monday, at the opening of a virtual summit celebrating the 75th anniversary of the UN, its Secretary General Antonio Guterres deplored “a lack of multilateral solutions” in the face of too many “multilateral challenges”.

“No one wants a world government – but we have to work together to improve global governance,” he added as experts say the Covid-19 pandemic has cruelly highlighted the loss of effectiveness of the multilateral system in the face of the worst crisis since World War II.

The UN, “our common home, is in disorder”, also launched French President Emmanuel Macron. “Its foundations are eroding, its walls are sometimes cracking under the blows of the very people who built it,” he added, implicitly targeting the United States.

During the 75th anniversary summit, leaders of most countries intervened with video-recorded speeches in advance and not to exceed three minutes. But the Trump administration only dispatched a second-rank diplomat, in yet another manifestation of its contempt for the world organization.

The US president must however intervene on Tuesday, when the same leaders will begin, for a week, to speak at the UN Annual General Assembly, also held virtually due to the Covid-19 pandemic, with recorded videos each not to exceed 15 minutes.

Where does football come from?

Wave of indignation after remarks by Jean-Luc Mélenchon deemed conspiratorial

thousands of demonstrators against power despite police repression

the United States passes the milestone of 5 million cases, no respite in Brazil