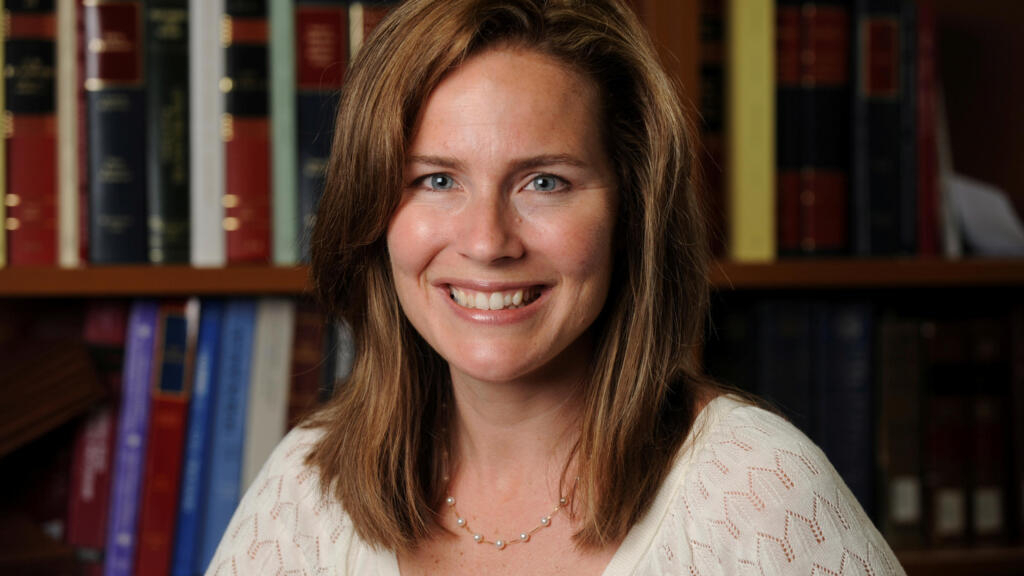 U.S. media believe the Republican president is set to announce the appointment of Conservative Justice Amy Coney Barrett to the Supreme Court, a week after the death of progressive judge Ruth Bader Ginsburg. Its confirmation in the Senate should be organized at a run before the presidential election of November 3.

The American president is due to officially announce Saturday at 5 p.m. (11 p.m. in France) the name of this magistrate known for her traditionalist religious convictions. She is to succeed the progressive “RBG”, feminist icon, who died last week from cancer.

This crucial appointment is already controversial, less than 40 days before the US presidential election on November 3. Donald Trump has started the process at a run to be able to anchor the Supreme Court in a lasting way in conservatism, its judges being appointed for life.

The Democrats are on the wind, arguing that he should wait for the election before switching to the conservative camp this institution which decides, in the United States, the main questions of society, such as abortion or the right to wear weapons.

If its candidate is confirmed, as expected, by the Senate with a Republican majority, the Supreme Court will have only three progressive judges out of its nine magistrates.

Asked about this information, Donald Trump replied: “I didn’t say it was her, but she is extraordinary.” The five candidates he said he was considering “are all formidable,” he added to reporters as he got off the Presidential Air Force One plane on Friday evening. Has he made up his mind? “In my head, yes”.

The choice of Amy Coney Barrett, a practicing Catholic, 48, mother of seven and opposed by personal conviction to abortion, could galvanize the conservative religious electorate on which Donald Trump largely relied to get elected there is four years old.

But Republican sources mentioned in US media do not rule out the possibility of a “last minute turnaround” by the president. “He has not, as far as we know, spoken to other candidates,” nevertheless specifies the New York Times.

The other lesser-known favorite was Barbara Lagoa. Born in Florida 52 years ago to parents who fled the communist regime of Fidel Castro, she could have been for Donald Trump a political asset of weight in this potentially decisive southern state for the presidential election. A “wonderful woman” and “Hispanic”, had underlined the Republican, who indicated Friday evening not to have met her in person.

The magistrate appointed Saturday by the tenant of the White House will then have to be confirmed by the Senate, by a simple majority. Despite the Democratic outcry, the upper house is expected to vote before the November 3 presidential election.

A sign of political tensions, it was under the boos of demonstrators that Donald Trump came to meditate Thursday in front of the remains of Ruth Bader Ginsburg, exposed at the entrance of the Supreme Court.

Just a week after his death, at 87, “RBG” received his last solemn tributes on Friday at the United States Capitol, in the presence of Democratic White House candidate Joe Biden and his running mate, Kamala Harris.

She is the first woman to receive such a tribute at the seat of the United States Congress and the first person of Jewish faith. Ruth Bader Ginsburg will be buried in private next week at Arlington National Cemetery near Washington.

In case of emergency, the government will use "cell broadcast" technology to warn the French

What is the best sexual match for a Sagittarius?

one month from the deadline, divergences still lingering around an agreement

No, a man did not unearth a human skeleton in the Democratic Republic of the Congo