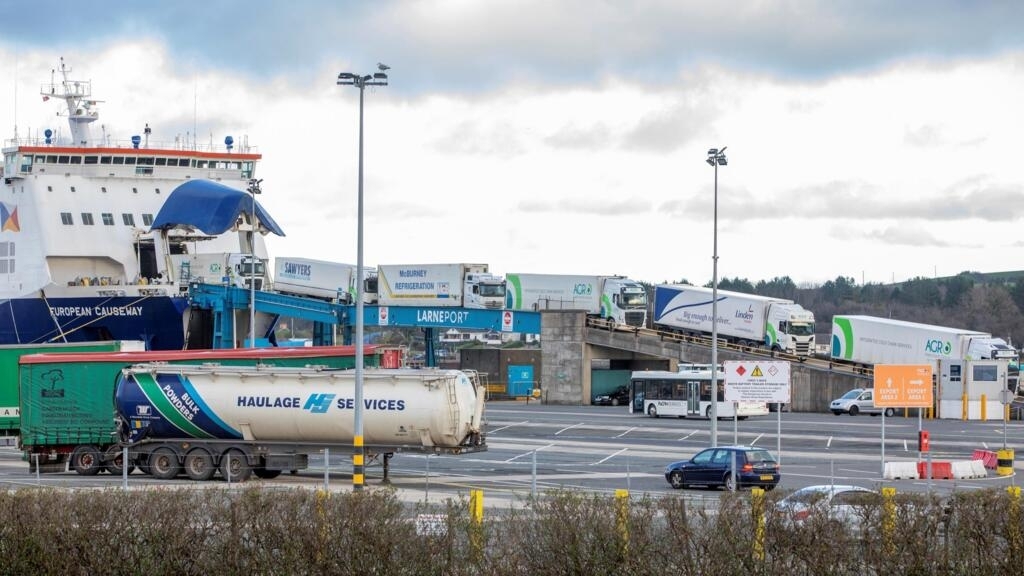 The European Commission, which accuses London of violating customs rules towards Northern Ireland, announced on Monday that it had launched two proceedings against the United Kingdom. Brussels gave the British one month to send in their comments.

A divorce that turns into a legal battle. The European Commission announced on Monday March 15 that it had launched two proceedings for breach of the Brexit deal against the United Kingdom, following London’s decision to unilaterally postpone certain customs controls in Northern Ireland.

The British government announced on March 3 a six-month postponement – until October 1 – of some controversial checks on the arrival of goods in Northern Ireland from the island of Britain.

The Commission, which had already officially protested, announced in a press release that it had sent “a letter of formal notice” to London for having violated the protocol specific to the island of Ireland, contained in the withdrawal treaty signed at the end of 2019, according to a press release.

This protocol is intended to protect the single European market while avoiding the return of a border and customs controls on the island, shared between the British territory of Northern Ireland and Ireland, a member of the EU.

Sending this letter is the first step in an “infringement procedure”, which may end at the end of a long process before the Court of Justice of the European Union (CJEU), which may impose fines or periodic penalty payments.

Brussels gave the UK one month to send its comments.

On the other hand, the Vice-President of the Commission, Maros Sefcovic, addressed a “political letter” to David Frost, in charge of relations with Brussels within the British government, calling on the United Kingdom to reverse this announcement.

This letter denounces the non-respect of the obligation of good faith provided for by the withdrawal treaty. Maros Sefcovic asks London to engage in bilateral consultations with Brussels “with the aim of finding a mutually agreed solution by the end of the month”.

“The EU and the UK have agreed to the Protocol (specific to Northern Ireland) together. We are bound to implement it together. Unilateral decisions and breaches of international law by the UK go to against the very purpose (of the protocol) and undermine the trust between us, “said Maros Sefcovic, quoted in the statement.

“This is the second time in six months that the British government is preparing to violate international law,” said a European official.

Last year, Boris Johnson’s government threatened to pass a bill flouting the Northern Ireland protocol, before backing down in the face of European protests. The episode, however, damaged the confidence of the latter.

The procedure launched on Monday “is not welcome, but the UK government’s approach leaves no alternative to the EU. Unilaterally changing the way the protocol is implemented is a violation of the agreement,” commented Irish Foreign Minister Simon Coveney.

The British government for its part has constantly claimed not to have violated the Brexit treaty by temporarily waiving customs controls. “These types of operational measures have many precedents and are common in other international trade agreements,” Johnson said in early March.

London said it had “not received any official notification from the EU”. “When we receive the letter from the EU, we will of course study its content and respond to it in due course,” commented a government spokesperson.

A sign of the exasperation that is mounting in Brussels, the European Parliament had given up on Thursday to set a date for the ratification of the post-Brexit trade agreement. “If the United Kingdom does not respect the previous agreement (the withdrawal treaty), what is the sense of ratifying the one on the table,” the co-chairman of the Greens group in Parliament told AFP European, Philippe Lamberts.

The bitterness of the Alawites, caught between Bashar al-Assad and the jihadists

Facial paralysis, malaise? Beware of poisoning on the effects of the vaccine against Covid-19