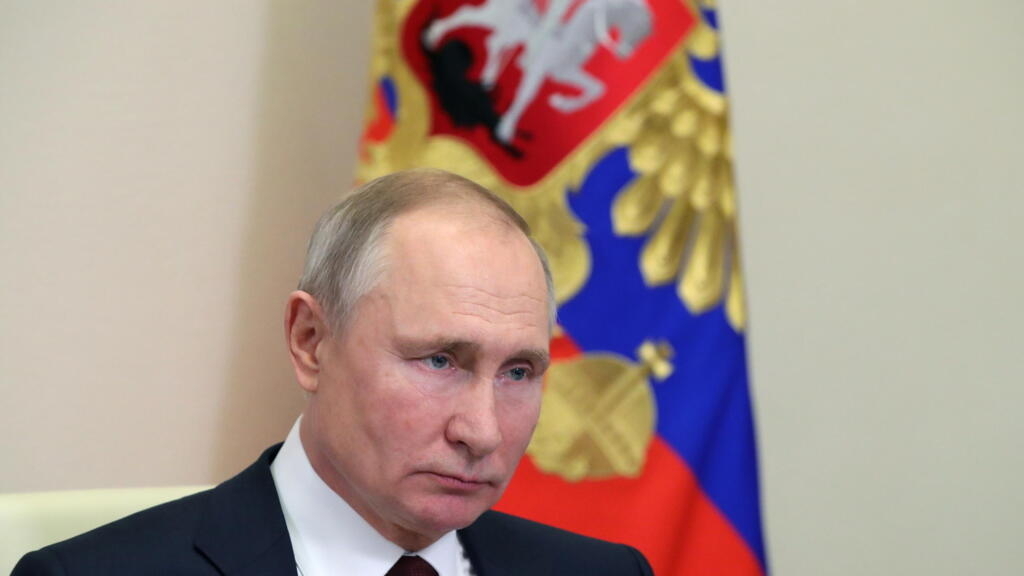 Poland, Germany and Sweden will in turn expel a Russian diplomat stationed in their country. Russia had announced Friday to expel European diplomats for having participated, according to it, in demonstrations in favor of Alexey Navalny.

Diplomatic relations between European countries and Russia continue to deteriorate. Germany, Sweden and Poland hit back on Monday (February 8) by expelling Russian diplomats in retaliation for a similar measure targeting diplomats accused of demonstrating in favor of the opponent Alexeï Navalny.

Warsaw, Berlin and Stockholm will each expel a Russian diplomat stationed in their country, the three governments announced almost simultaneously.

These expulsions are “unfounded, unfriendly and are a continuation of the very series of actions that the West is leading towards our country and that we qualify as interference in our internal affairs”, immediately reacted a spokesperson for the Russian Foreign Ministry, Maria Zakharova.

Russia announced on Friday that it was expelling European diplomats for having participated, according to it, in protests in favor of the jailed opponent.

The presence of diplomats at gatherings “illegal on January 23” in support of Alexeï Navalny in Saint Petersburg and Moscow is “unacceptable and incompatible with their status”, had estimated the Russian authorities to justify these expulsions. They were caught “in the act”, according to the spokesperson for the ministry.

These expulsions were deemed “unacceptable” by Swedish Foreign Minister Ann Linde, for whom the expelled Swedish diplomat “was only performing his duties”.

Sweden confirmed on Friday that one of its diplomats had “observed” a demonstration in St. Petersburg as part of his duties but denied any active participation.

The expelled German diplomat was only seeking “to learn by legal means on the evolution of the situation on the ground”, underlines for its part the German Ministry of Foreign Affairs.

Russia announced the expulsions on Friday, a few hours after talks between the head of Russian diplomacy Sergei Lavrov and Josep Borrell. A snub for the head of European diplomacy.

The EU could thus decide on new sanctions against Moscow, even if they are difficult to implement.

“It is certain that our relations are severely strained and the Navalny affair is at its lowest”, observed Josep Borrell, facing Sergey Lavrov, reiterating his call for the release of the opponent and the “launch of an impartial investigation concerning his poisoning “.

The “unjustified” expulsion of diplomats shows “an additional facet of what is currently happening in Russia and which has little to do with the rule of law”, had in return castigated German Chancellor Angela Merkel, who however confirmed her commitment in the controversial Nord Stream 2 gas pipeline project connecting Russia and Germany.

US President Joe Biden also strongly criticized Russia, in particular for its treatment of Alexeï Navalny, remarks qualified as “very aggressive” by the Kremlin.

Sworn enemy of the current Russian power, the 44-year-old opponent was sentenced Tuesday to two years and eight months in prison for violating a judicial review while he was recovering in Germany after poisoning in Siberia.

He accuses the authorities of wanting to silence him. The opponent survived, this summer, a poisoning he holds President Vladimir Putin responsible. The EU has adopted sanctions against Russian officials in the face of Moscow’s refusal to investigate.

The arrest of Alexey Navalny upon his return from convalescence sparked demonstrations across the country.

Numerous NGOs, Russian media and Western countries denounced the brutal repression that followed and led to some 10,000 arrests punctuated by police violence.

The opponent was in court again on Friday, accused of defaming a veteran of World War II who had defended in a campaign clip last summer, a constitutional reform which strengthened the powers of Vladimir Putin.

Alexeï Navalny, who risks a heavy fine or even a prison sentence, denounces a political accusation.

In addition to this case, the opponent is also targeted by an investigation for fraud, an offense punishable by ten years in prison.

Cold weather plan in Grande-Synthe and Calais: "The emergency is here", worry the associations

Israeli officials soon before the ICC, a decision not only "symbolic"

the closing of bookstores, a “deeply unfair” choice

Alexei Navalny was poisoned before leaving his hotel, say his relatives