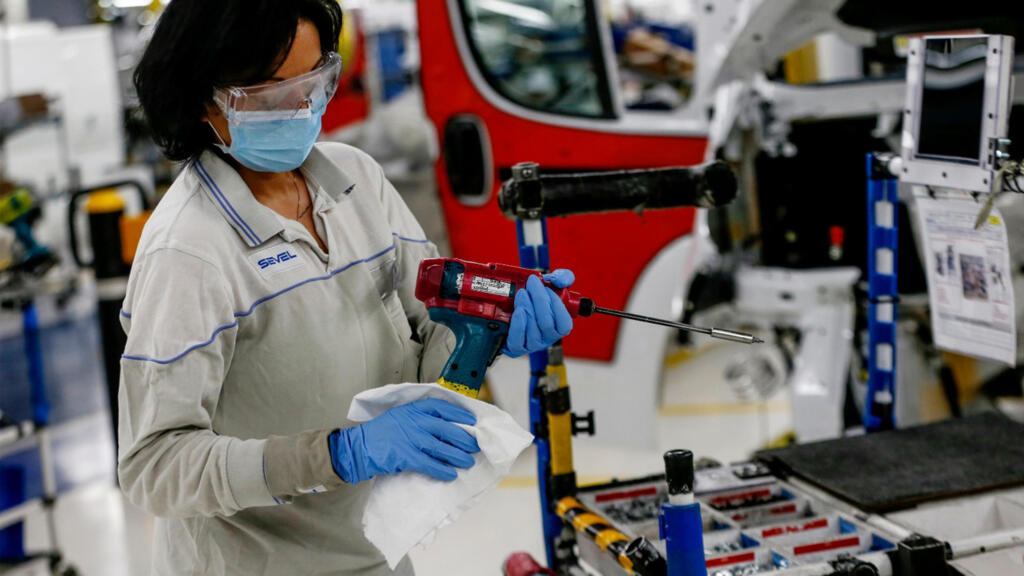 Brussels lifted one of the last obstacles to the marriage of French manufacturers PSA (Peugeot, Citroën) and Italian-American Fiat Chrysler (FCA) to form the world’s fourth largest automotive group by authorizing this merger, which should be finalized in early 2021.

This green light was granted on condition that the two groups fully respect the commitments made to preserve competition in small utilities.

In particular, they committed to extending the cooperation agreement between PSA and Toyota in light vans. PSA already manufactures commercial vehicles for this Japanese competitor sold in the European Union.

>> To read: Manufacturers PSA and Fiat-Chrysler unveil details of their merger plan

The number of vehicles produced for Toyota will increase and the price at which this manufacturer buys them will be reduced. This will also be the case for spare parts and accessories.

In addition, PSA and FCA will have to facilitate competitors’ access to their repair and maintenance networks for this type of vehicle, the European Commission said in a press release.

“We are able to authorize the merger between Fiat Chrysler and Peugeot SA as their commitments will facilitate entry and expansion into the light utility pickup market. In the other markets where the two car manufacturers currently operate, the Competition will remain strong after the merger “, said Margrethe Vestager, Vice-President of the Commission responsible for competition.

The union of PSA and FCA, announced at the end of 2019, should give birth to the world’s fourth largest automotive group by volume (8.7 million vehicles sold last year) and the third by turnover, housing under the same roof iconic brands like Peugeot, Citroën, Opel, Jeep, Alfa Romeo and Maserati.

The manufacturers have planned to complete their union in the first quarter of 2021. The new entity, called Stellantis, would bring together more than 400,000 employees for sales of 167 billion euros on the basis of 2019 figures, beaten only by Toyota and the German Volkswagen.

Brussels had opened an in-depth investigation into this project. After having gathered numerous opinions from competitors and customers, the Commission considered that the operation risked harming competition in the small utility market in nine European countries (including France, Italy, Poland, Belgium and Portugal) due to the very high combined market shares of the two partners.

Without modification, the project initially notified on May 8, 2020 to the competition authority “would probably have led to a rise in prices for customers”, assures the European executive.

Champion of commercial vehicles, PSA in 2019 weighed more than a quarter of this very lucrative market on the continent. The Fiat group adds an additional 9%. The whole would therefore accumulate more than 34% market share, twice as much as number 2, Renault, which holds a 16.4% share.

Amortizing the cost of technological revolutions

But Brussels believes that the commitments offered at the end of September by the two groups lift its reservations. “The transaction, as amended (…) would no longer pose a competition problem”, says the Commission.

FCA and Groupe PSA said “warmly welcome the Commission’s approval of the merger” in a statement.

The marriage has yet to be formally approved at an extraordinary general meeting of shareholders on January 4, 2021.

The project is justified by the technological revolutions underway in the automotive industry (vehicle electrification, digitization, autonomous driving) which require reaching a critical size to better amortize the massive investments required. PSA and Fiat estimate that their merger will save 5 billion euros per year.

The new entity will be based in the Netherlands but will remain listed in Paris, Milan and New York. John Elkann, current chairman of FCA and heir to the founding Agnelli family, is expected to chair the new board of directors, while Carlos Tavares, chairman of the PSA board, would become chief executive of the merged group.