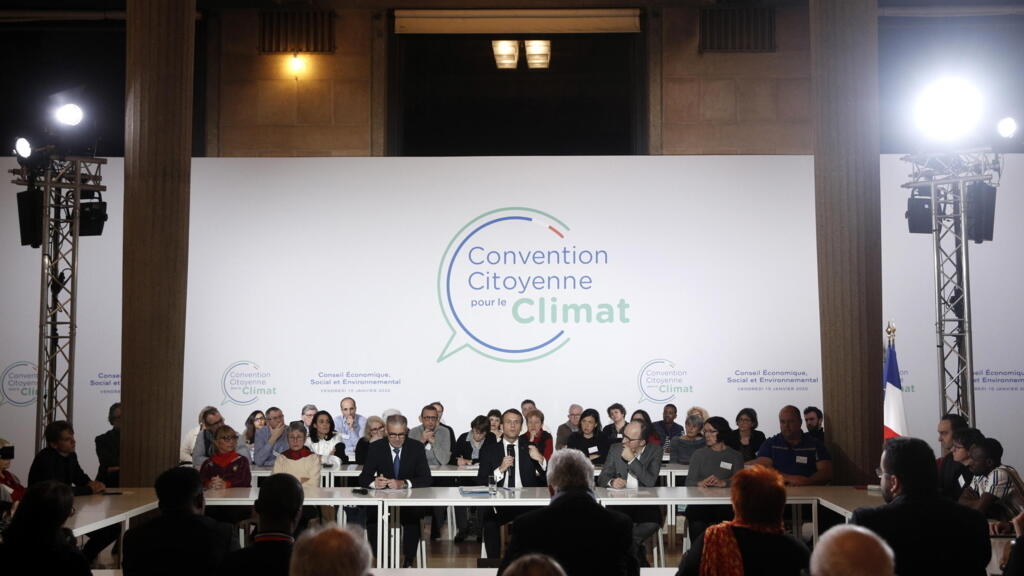 The director and climate protection activist, guarantor of the Citizen’s Climate Convention, launched a petition on Sunday to put pressure on the French government, guilty according to him of stepping back on the proposals of 150 citizens.

The great law on global warming resulting from the proposals of the Citizens’ Convention for the climate was to be presented in mid-December to the Council of Ministers. The second lockdown linked to the Covid-19 pandemic has changed the government’s priorities: it is finally in January that the Minister of Ecological Transition, Barbara Pompili, is expected to lift the veil on the text.

A technical setback that does not change anything in substance, assures the government. One more step back, regret the less optimistic participants of the Climate Convention, who hide less and less their skepticism about the future of their 149 proposals.

>> To read also: “Return of neonicotinoids, 5G, climate: the government accused of backing down on the environment”

Cyril Dion is the last of them to step up. Director and climate protection activist, guarantor of the smooth running of the Citizens’ Convention, he was one of the initiators of this unprecedented form of participatory democracy launched a little over a year ago by Emmanuel Macron. But faced with the many government setbacks on the measures proposed by “the 150”, the director of “Demain” decided to launch a petition to “save the Citizen’s Convention for the Climate”.

“I have always said that I would get involved if Emmanuel Macron did not respect his commitment to transmit without filter the proposals of the Convention, affirms Cyril Dion, contacted by France 24. We find ourselves today exactly in the situation that” we feared: the government transforms measures to satisfy certain economic interests. The presidential word is not respected. “

I am committed to defending the work of the @Conv_Citoyenne if EM did not keep his word. The measurements which had to be transmitted without a filter are unraveled and reduced one by one. If we keep quiet it will be another setback for the climate. Let’s vote! https://t.co/uk0bppT347

The weight penalty on unraveled SUVs

The government has indeed stepped back since the presentation, at the beginning of the summer, of the 149 proposals of the Citizen’s Climate Convention. Latest example: the weight penalty for new vehicles adopted, Friday, November 13, by the National Assembly.

While the Climate Convention proposed a tax of ten euros per kilogram on the sale of new vehicles from 1.4 tonnes, the Ministry of Ecological Transition defended, within the framework of the finance bill, a penalty environmentally friendly for cars over 1.8 tonnes. A weight increase that changes everything since, according to figures from the Environment and Energy Management Agency (Ademe) cited by Release, the share of cars over 1,800 kg sold in 2019 in France represented 1.74% of the total, while that of cars over 1,400 kg was 26%.

The Ministry of Ecological Transition assures us that this is only a first step, while waiting to be able to lower the threshold. “The measure is completely meaningless,” laments Cyril Dion, who accuses the government of wanting to make political posters.

“Emmanuel Macron is caught in a kind of trap that he created himself. He agreed to set up the Citizens’ Convention because he saw it as a political opportunity to reach an electorate concerned by climate issues, but instead of ‘honoring his commitment, he tramples on it and risks appearing to be the opposite of what he expected. “

Among the 150 citizens, the petition launched by Cyril Dion is viewed favorably, but divisions are starting to appear. Some continue to give the government the benefit of the doubt and wait to judge the future bill that Barbara Pompili will introduce in early 2021 to be judged. Others find it very difficult to remain optimistic.

This is particularly the case of Yolande Bouin. With a few other participants in the Climate Convention, she demonstrated in front of the National Assembly on October 14 to denounce the abandonment of the President’s commitments and the government’s “successive renouncements”. A month later, she remains “dubious” about the future of the 149 proposals.

>> To read also: “Convention for the climate: Macron promises 15 billion euros for the ‘ecological conversion'”

“I have no confidence in the government of Emmanuel Macron or in the National Assembly, launches Yolande Bouin, contacted by France 24. So much the better if the guarantors start to move because we will only succeed if we hire a arm wrestling We don’t want the Convention to end forgotten like the Great National Debate, so we must constantly remind President Macron of his commitment. “

Cyril Dion’s petition collected, in just under two days, more than 145,000 signatures. The activist hopes to cross the one million signatory mark to “create enough pressure for the bill to live up to the expectations of the Convention.”

“It’s a bit of a last-ditch attempt,” he admits. “We provided the government with a turnkey solution. 150 citizens worked for nine months to come up with legally transposed proposals. It is now up to the policies of take responsibility. If they don’t, they will agree for good that the climate issue is not a priority for them. “