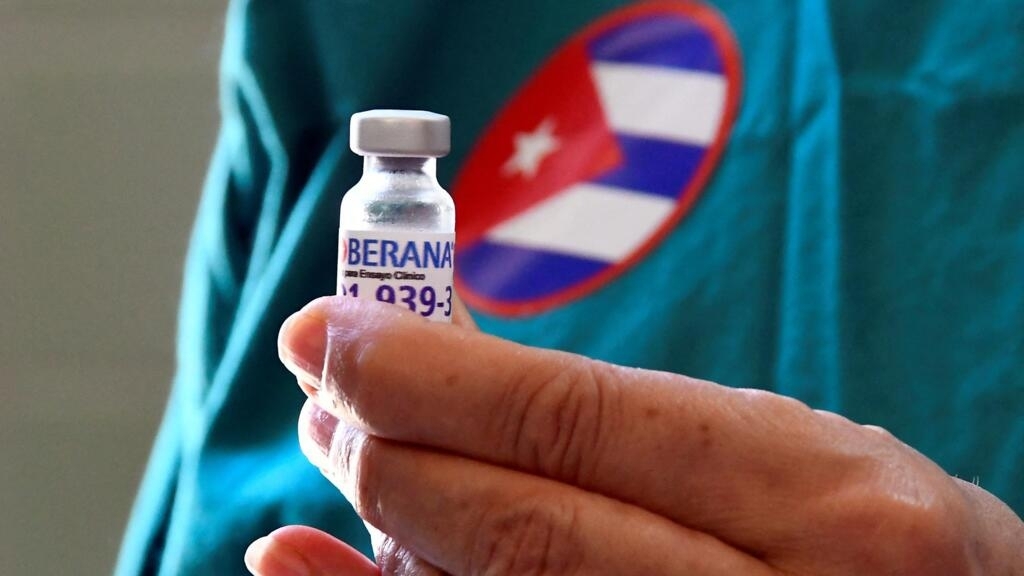 Cuba has decided to speed up the vaccination of its population with its own vaccine against Covid-19, without even waiting for the end of its clinical trials. The island, although it is less affected than the region, is facing a new wave of the epidemic.

“A little feeling of heat during the bite”, but “it’s going very well”, assures Cecilia Reyes, 69 years old: like her, many Cubans are starting to be vaccinated this week, before the end of clinical trials, an acceleration due to the surge of coronavirus in the country.

On Wednesday May 12, when the island of 11.2 million inhabitants announced 1,207 new cases – a figure close to the record – the inhabitants of several districts of Havana, but also of other provinces, received their first dose Abdala, one of two Cuban vaccine candidates in phase 3.

This operation, dubbed the public health intervention – an early vaccination campaign, decided by the Ministry of Health – comes as the authorities plan to obtain the regulatory green light in June for Abdala and Soberana 2, the other candidate.

>> To see: Covid-19: Cuba launches the vaccination of its caregivers with its own serum

Sitting on a bench at the entrance to the medical center in Regla, in the east of the capital, Cecilia, who suffers from high blood pressure, asthma and heart disease, spent an hour under medical supervision after the injection .

Still a little nervous, she doesn’t stop talking, but is happy: “I had no [effet indésirable], and now I’m going to cook some stuffed potatoes, “said this housewife.

Also waiting to be able to return home, Ana Maria Cabrera, 74, says she was “impatient to live this moment” because she is very worried “with all the cases” of coronavirus in the country.

“They are going to give us two doses of Abdala and the third will be Soberana 2”, she explains, repeating the instructions given by the doctor, who also questioned her about her medical history.

The small country has a long experience in the field of vaccines: under an American embargo since 1962, it began to develop its own remedies in the 1980s. Of the 13 vaccines in its immunization program, eight are manufactured locally.

Faced with the coronavirus, its scientists are working on five different candidates: if one of them gets the green light, Cuba would be the first Latin American country to have designed and produced its own anti-Covid vaccine.

>> To read: In Cuba, Raúl Castro bows out and leaves room for the new generation

Regarding Abdala, the phase 3 injections have certainly been completed but the results are still being analyzed. Soberana 2 must finish this phase in mid-May.

But by accelerating in the home straight, “what Cuba is doing is getting out of the most usual orthodox approach” to vaccines, observes Amilcar Pérez-Riverol, Cuban molecular biologist and researcher at the University of Sao Paulo in Brazil.

The Cuban authorities “justify it on the basis of two things: the results they had in phase 2”, encouraging in terms of safety and effectiveness, but also by the current context.

“Going beyond the usual vaccination protocol will generate criticism”

The island, although less affected than the region, is facing a new wave, with a total of 119,375 cases and 768 deaths. “If there was not this epidemiological situation, [les autorités] would have waited longer “, explains the researcher.

In Havana, the epicenter of the epidemic, 1.7 of the 2.1 million inhabitants will be vaccinated between May and August, Health Minister José Angel Portal announced on Friday. More than 1.5 million will also be in Santiago de Cuba, the island of Juventud and Matanzas.

But “leaving the usual vaccination protocol, this will generate criticism” internationally, notes Amilcar Pérez-Riverol, citing the Russian and Chinese precedents, where part of the vaccination began before the end of the trials.

“I believe that this skepticism can be reversed by publishing the results of phases 2 and 3 in scientific journals”, as was the case with Sputnik which proved its effectiveness with a publication in The Lancet. And “in Cuba there has been a culture for many years of trust and admiration for science, especially when it applies to public health.”

Niurka Maria Viciedo, retired from the army of 77, is a good example: “Abdala is” a safe vaccine, even if it is (still) a vaccine candidate “, she assures. is “thanks to Fidel, thanks to God”, because thus “we have the scientists”.

I have “no fear or worry”, adds Luis Fonseca, salesman in a market, who has also just received his first dose, because “our health system is very advanced”.

Protests continue on day 15 of social crisis in Colombia

"massive" reinforcements for the security forces in mixed towns

Under Valéry Giscard d’Estaing, a relationship with Africa marked by strong interventionism

Anne Sylvestre, children’s singer and feminist, bows out at 86