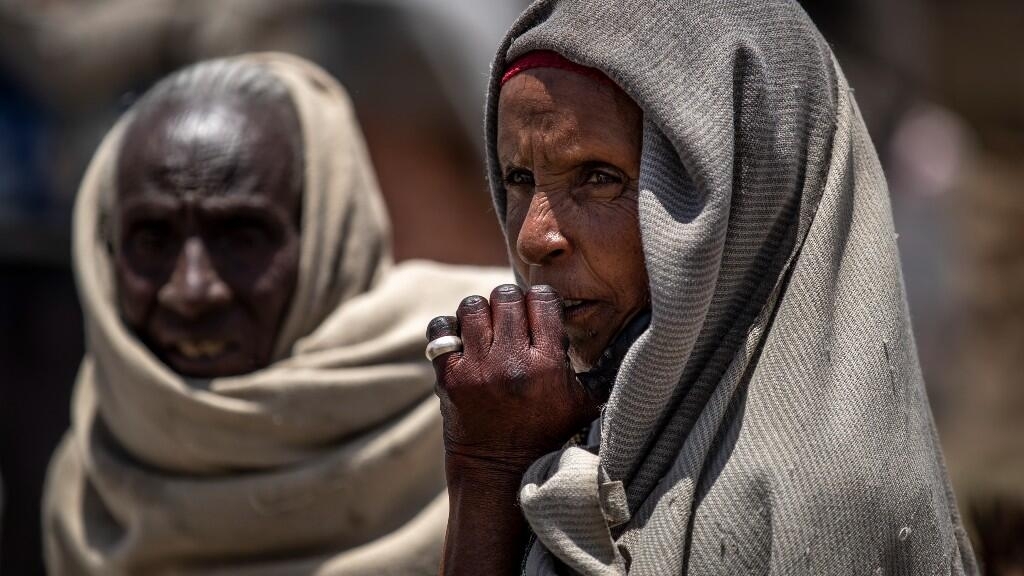 Six months after the end of the war in Tigray, famine threatens this region of northern Ethiopia, the United Nations warned on Thursday, denouncing the blocking of aid by “armed groups”.

Some 350,000 people are threatened by famine in Tigray while “armed groups” block humanitarian aid, warns the United Nations, six months after the end of the war in this region of northern Ethiopia between the army and the rebel government of the province.

More than 90% of the more than five million people living in Tigray have need emergency food aid, according to the UN, which launched an urgent appeal for more than 200 million dollars in order to intensify its response.

“Famine is now raging in Tigray,” said Mark Lowcock, head of UN humanitarian operations. “We really need everyone to come together,” he insisted.

The United States and the European Union (EU) on Thursday issued an urgent call to action to tackle an onset of the famine caused by the conflict in Tigray, on the eve of a G7 leaders’ summit in the United Kingdom.

“Famine may already be underway in some areas, threatening the lives of hundreds of thousands of people. This is unacceptable,” said US Ambassador to the United Nations Linda Thomas-Greenfield during a video conference international organized by the United States and the EU.

The impact of climate change on the poorest countries, financing for development and relations with the African continent will be discussed by the leaders of the seven major industrialized powers and their guests during their summit this weekend in the United Kingdom.

The American ambassador deplored the inability of the UN Security Council to organize a public meeting to end the crisis. A closed-door meeting is scheduled for next Tuesday.

A conflict out of control

“We are witnessing a humanitarian nightmare (…) We cannot let Ethiopia starve. We must act now,” she said, denouncing a “man-made” emergency.

Ethiopian Prime Minister Abiy Ahmed, winner of the 2019 Nobel Peace Prize, sent the federal army to Tigray in November 2020 to arrest and disarm the leaders of the TPLF (Front for the Liberation of the People of Tigray), party to the era in power in this region and which challenged the central government.

He then promised a short military operation, but the fighting continues and numerous reports of atrocities, including the widespread use of rape.

The European Commission announced Wednesday aid of 250 million euros “to fight against hunger”, including 50 million euros specially allocated to the Sahel and East Africa. But the delivery of aid is blocked by the belligerents.

On the eve of the @ G7, @EU_Commission and @USAID join forces to open eyes of the world on the unacceptable situation in #Tigray. To the people of Tigray we say: You are not alone. To the parties involved in the conflict we say: The world is watching. You will be held accountable. pic.twitter.com/XfhXfhEOZS

US Agency for International Development (USAID) director Samantha Power accused Ethiopia’s military allies of “burning and looting seeds and farm equipment and slaughtering oxen to ensure that fields remain fallow, as they are determined to eliminate the means of subsistence “.

“These same forces threatened, intimidated, detained and even killed aid workers trying to feed the hungry,” she added.

“We know what is happening in Tigray, despite the complex nature of the conflict and the Ethiopian government’s attempts to cover it up,” she said. “It means doing all we can to put an end to it,” she added.

The United States has decided to impose visa restrictions on Eritrean and Ethiopian officials accused of fueling the conflict. Washington has also announced “large-scale” restrictions on economic and security assistance to Ethiopia. The EU, for its part, has since December frozen the disbursement of some € 90 million in budgetary aid to Ethiopia.

Green light from the Supreme Court, the Copa America will finally take place in Brazil

“I saw gendarmes shoot in the direction of demonstrators”

Cellou Dalein Diallo: “At his age, Alpha Condé is no longer fit to lead Guinea, he is tired”

In Burma, the protest continues despite the deployment of troops