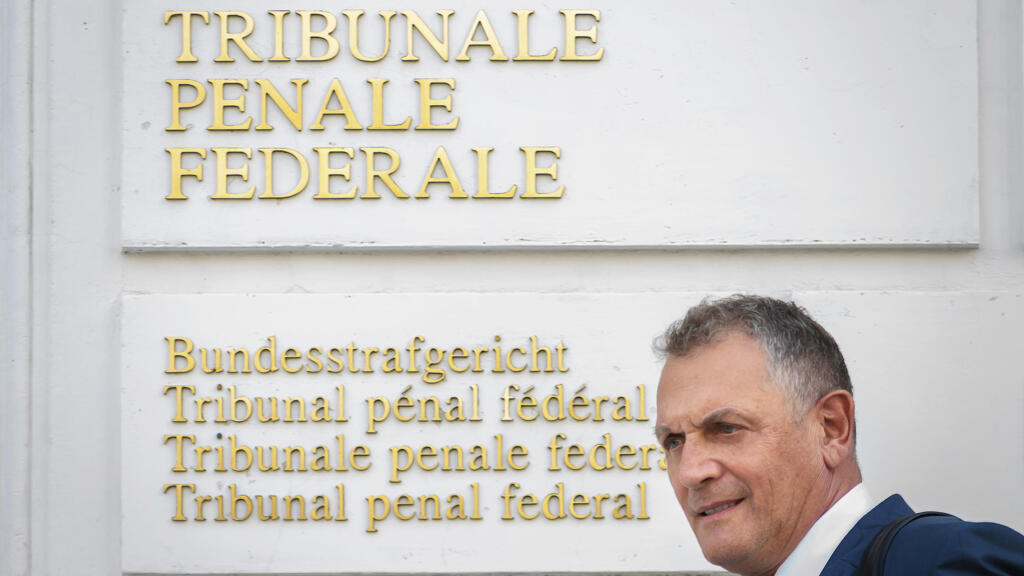 Judged in Switzerland, the boss of beIN and PSG Nasser al-Khelaïfi and the former number two of Fifa Jérôme Valcke described Wednesday a management of world football where multiple negotiations and personal arrangements are intertwined.

The boss of beIN and PSG Nasser al-Khelaïfi and the former number two of the Fifa Jerome Valcke have been tried in Switzerland since Monday . On the third day of the trial, Wednesday September 16, the two men lifted the veil on the summit of world football, where multiple negotiations and personal arrangements seem to be one.

Supposed to shed light on one of the scandals surrounding Fifa, the television rights case judged since Monday by the Federal Criminal Court of Bellinzona takes a paradoxical turn: the facts are becoming clearer, but their judicial reading is cloudy.

In the beginning, in the summer of 2013, there is a Jerome Valcke hard pressed: since 2007 of the fallen FIFA boss Sepp Blatter, his “lifestyle” exceeds his income yet comfortable, admitted Wednesday the 59-year-old Frenchman, who faces five years in prison.

The former Canal + journalist, then in debt of around 10 million Swiss francs (9.3 million euros) for two properties, buys a yacht at 2.4 million euros, and dreams of the anchor in front of the “Villa Bianca”, a luxurious residence on the Sardinian Emerald Coast.

“This house was a good that I found exceptional. I tried to the end to find solutions”, told the day before the former manager, who signed in August 2013 a promise to purchase for 5 million euros without knowing how to honor it.

Enter Nasser al-Khelaïfi, head of the multiple hats of Qatari sports diplomacy, who also faces five years in prison for “instigation of unfair management”, after having concluded in January an agreement with Fifa so that it withdraws its complaint for “corruption”.

While accumulating the hats of Qatari minister, boss of PSG and beIN Media, as well as member of the UEFA executive board, the 46-year-old leader declared in 2017 “between 15 and 25 million dollars” of annual income. To this was added a personal fortune “between 70 and 100 million dollars”, recalls the president.

Laconic in front of the court, Nasser al-Khelaïfi recognizes three meetings in September and October 2013 with Jérôme Valcke. In the process, the prosecution accuses him of having bought the Villa Bianca via a company, of having transferred the ownership to the brother of one of his close collaborators, before giving it the benefit of the number 2 of Fifa during 18 months.

For the Swiss prosecution, the interpretation is clear: the leaders have concluded a “corruption pact” intended to promote the obtaining by beIN of media rights for the 2026 and 2030 World Cups in North Africa and the Middle East, according to a contract signed in April 2014 with Fifa.

“No report”, hammer in turn the two men, at ease on this subject as the beIN contract is generous: far from harming the football body, the Qatari channel offered 60% more than for the 2018 Worlds and 2022, even though it had already killed all competition.

The shadow of the Qatari World Cup

The case would therefore be “private”, they assure, without fully clarifying his motivation: Jérôme Valcke admits having submitted his financing problem to Nasser al-Khelaïfi, in the name of their “friendly relations for years”.

The boss of beIN ensures, for his part, to have simply facilitated the “investment project” of the brother of his colleague and friend, because the latter “could not constitute a company” for lack of Qatari nationality.

But the audience also showed the multiplicity of subjects raised between the two men. Beyond television rights, one of their meetings focused on an investment project in Los Angeles alongside David Beckham, declined by Nasser al-Khelaïfi, while another took them in a private jet with the Emir of Qatar to advance in the organization of the World-2022.

“It was fundamental”, explained Jérôme Valcke on Tuesday, “to negotiate with the whole world of football an agreement where Fifa would change the calendar to put the World Cup in winter”, even though such a decision, finally ratified in 2015, shakes up calendars and limits revenues due to competition from other competitions.

For the media collective EIC, which notably includes the French site Mediapart and the German Spiegel and analyzes the “Football Leaks”, Jérôme Valcke’s support for moving the World Cup in winter could be the real counterpart to the use of the Villa Bianca. The two men have, however, always denied and the Swiss justice has not explored this track.

Chrome can now scan for unknown malware in the cloud

How to be more successful at Daily Fantasy Baseball

a wild party of 2,500 people worries the authorities

Behind the controversies, the right-wing strategy of Gérald Darmanin