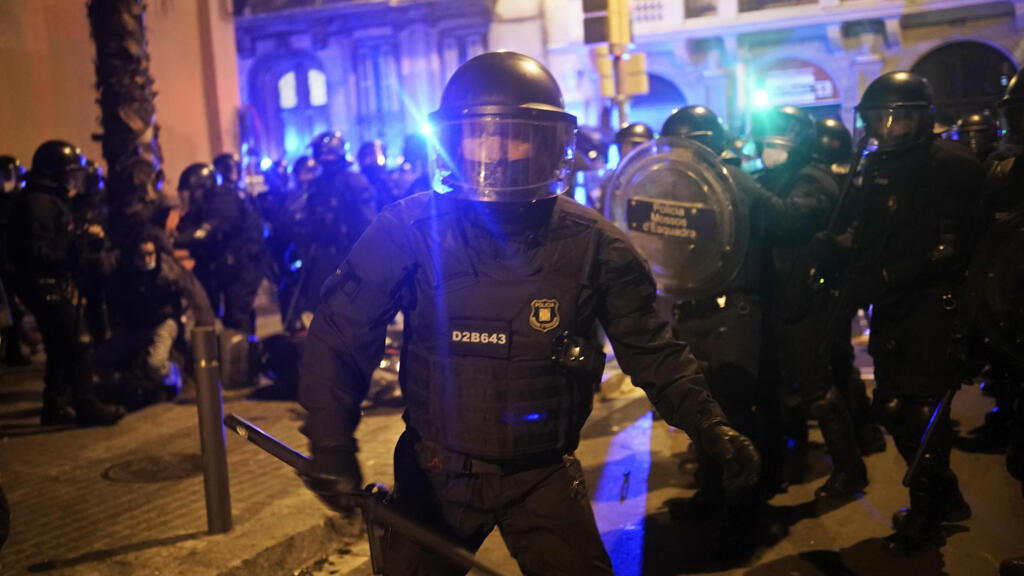 New violent demonstrations took place on Saturday, February 20, in Barcelona, ​​where the mobilization is strongest, and in other cities of the country, after the imprisonment of Pablo Hasel, a Catalan rapper sentenced for insults to the monarchy and to the police.

New clashes pitted Saturday night in Barcelona police and thousands of demonstrators protesting against the incarceration of a Catalan rapper, revolutionary and assumed Marxist, for the fifth consecutive night.

The series of protests began on Tuesday after the arrest and imprisonment of Pablo Hasel, 32, sentenced to nine months in prison for tweets in which he insulted the monarchy and the police, as well as for condoning terrorism.

The police were deployed en masse on Saturday evening in the streets of Barcelona, ​​as well as in Madrid, to try to prevent violence. The clashes started when several thousand demonstrators marched towards the police headquarters.

The protesters threw bottles, cans and firecrackers in the direction of the police officers who responded with charges, against a backdrop of burning barricades, according to an AFP journalist on the spot.

In Madrid, around 400 people gathered in the city center, under heavy police protection, to chant slogans such as “free Pablo Hasel” and clap their hands in time.

Gatherings of a few hundred people also took place in the early evening in Malaga, Cordoba and Seville (south), according to local media.

In total, nearly a hundred people have been arrested since Tuesday and many more injured, including police officers and a young girl who lost an eye in Barcelona, ​​probably after a rubber bullet from the police.

Most of the protests started in Barcelona, ​​where the rapper is from, and spread to other cities across Spain, including Madrid, Valencia and Granada (south).

The violence has also sparked a political row, exacerbated by divisions within the governing coalition that brings together the socialists of Prime Minister Pedro Sanchez and the radical left-wing party Podemos. Pedro Sanchez condemned the violence while the leaders of Podemos gave their support to the protesters.

the socialist Arauz facing the conservative Lasso in the second round

Mélanie, Malagasy servant, forced into prostitution and buried with a backhoe

The most valuable GS Warrior player this season is Stephen Curry