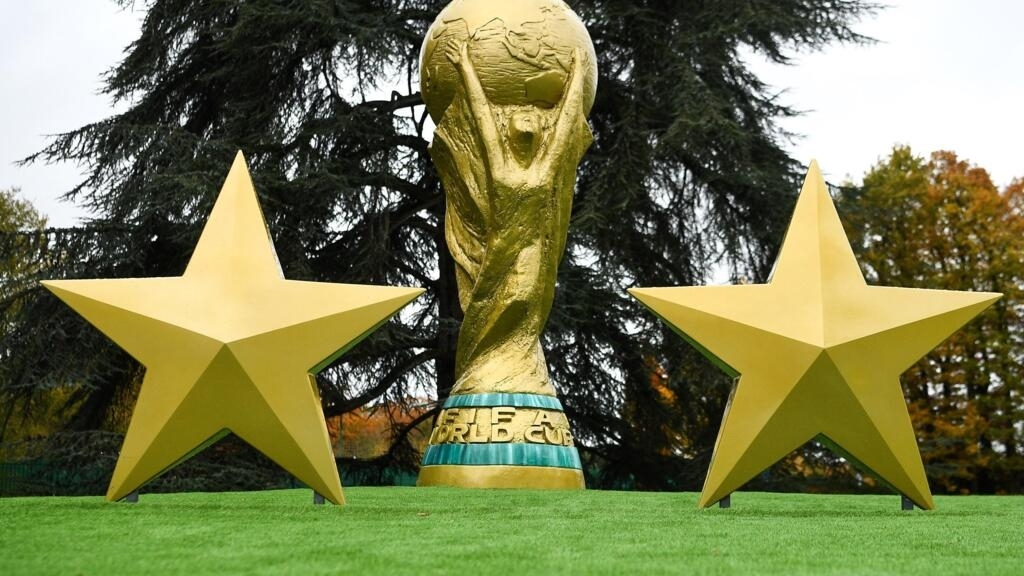 On the tails, there is France two times football champion and the recognition of the excellence of its talent pool and its training, including Mbappé is today the best representative. On the other side, there are the excesses of football-business which, in the hope of finding the nugget of tomorrow, makes young people sparkle the most beautiful of dreams, before leaving them by the side of the road.

It is this dark side that Eric Champel, former major reporter for France Football at the origin of revelations on questionable conditions for the attribution of the 2022 World Cup in Qatar, explores in a new survey, “Foot: la machine à groyer”, published by Solar editions.

“In 2016, a study established the following ratio: out of 100,000 licensees aged 11, 700 sign a pre-agreement with a professional club. Of these 700 young people, 250 obtain a training contract of at least one year” and on these 250 young people in training, only a tiny fraction will one day sign in a club, recalls the journalist in the preamble. “At 11, at the age when anything is allowed, especially having a head full of ideas, the probability of becoming a professional player one day remains comparable to that of winning a draw for a big Loto for success. chance in 100,000, in the best case? “, he asks.

As the CIES football observatory revealed this week that the Ligue 1 clubs are, among the five major European championships, those which put the most emphasis on young talents under the age of 21, Éric Champel returns to the undersides of this French excellence.

France 24 : The first chapter of your book tells the story of Tom Lartigue, a football castaway. How is his personal story representative of the other destinies that you put forward ?

Eric Champel : Tom Lartigue is symbolic. He’s a football castaway and, at the same time, he hasn’t given up. He was trained at Toulouse Football Club but was not retained. So he went on a long quest to bounce back. He is testing in Switzerland at his own expense. He plays in Carcassonne. He has a one-to-one adventure in a lower division in Spain. He ends up in a German club, where he is paid with a slingshot, to the point that he ends up feeding himself thanks to the money from the deposit of plastic bottles in local supermarkets …

Today, Tom Lartigue has resumed his studies to be able to apply to an American university, where he hopes to bounce back to play at a good level. He has known everything: dreams and struggles, and he still clings to that. His career is that of young footballers not retained at the end of the training center who will swell the ranks of the “football”, that is to say of these proletarian footballers who are desperately trying to succeed.

One thing that is fascinating about him is that he played against Kylian Mbappé when he was still at the TFC training center, in a match in which they each scored a goal. This anecdote says a lot about these trajectories in football which go either upwards or downwards, and which take very little. This book is also the story of the confrontation of these young people with the violence of training centers who, one day, tell them that they are not being kept. It is the story of this dream machine which forgets to say that for a Mbappé, there are thousands of young people left by the side of the road.

In this book, we have the impression that the footballer is transformed into a product from an early age, even into prey. Could you tell us about the different players who revolve around these young players, hoping to take advantage of them?

Young players are prey, because the entertainment sports industry has set up a “football business” that must constantly be nurtured. We must therefore seek out young talents where they are, in France, and particularly in Île-de-France. Football brews so much money that, behind a young player, there are a whole bunch of people who try to capitalize on his success: his parents, who often want to accompany the family nugget. The educators, sometimes eager to scratch a small note because they contributed to the training of the player. The agents, good at waving the mirror to the larks, the intermediaries who want their piece of the pie. There are now also amateur clubs, which position themselves as real training centers that do not speak their name by exposing young people and serving as a springboard to training centers.

It goes too far. The primary mission of football clubs is to train young people and support them. As an educator from Trappes said in conclusion, the role of the educator is also to prevent these young people “from hanging out at the bottom of buildings”. There is a real reservoir of talent in Île-de-France, but their priority should be to make them educated citizens, not commodities.

The question that is asked throughout the book is also that of the status of the football educator. How to make it so that he can make a decent living from his job as an educator, and avoid having a double hat by becoming an agent or wishing to have his part in a transfer? He must be recognized for his role of social support. You have to rely on players in the field … football.

Is the federation aware of these problems ?

With the recent elections, the president of the Paris-Île-de-France football league, Jamel Sandjak, joined the Comex (executive committee, Editor’s note) of the federation. He recently signed a column in Le Monde which sums up what I said recently: how to value the educator in amateur football?

He is therefore aware of all the excesses, but for that to change, he will need the support of the federation and the public authorities. There is an urgent need to reflect.

What is the attitude of training centers and professional clubs to all this? ? Are they fueling this business ?

Trading is the business of many clubs. It is a matter of finding young people, preforming them, training them, exhibiting them, in order to sell them at the best price. Ligue 1 is now caught in its own trap, since it is looted by foreign clubs.

With the Covid-19 crisis and the Mediapro fiasco, French football will be forced to reinvent an economic model and it will not be able to do so without relying on amateur clubs. This is the opportunity to see how to protect French training. We must get out of the hypocrisy of saying that the Buffet law is sufficient. We need States General to protect French-style training and succeed in capitalizing on it while ensuring that each actor reap the benefits. Today, the savage capitalism in football has perverted the whole system and it is going to blow us in the face.

more than 10,000 new cases in France in one day, a record since the start of the epidemic

tens of thousands of protesters in Minsk