France in the grip of a “growing fury” on its territory 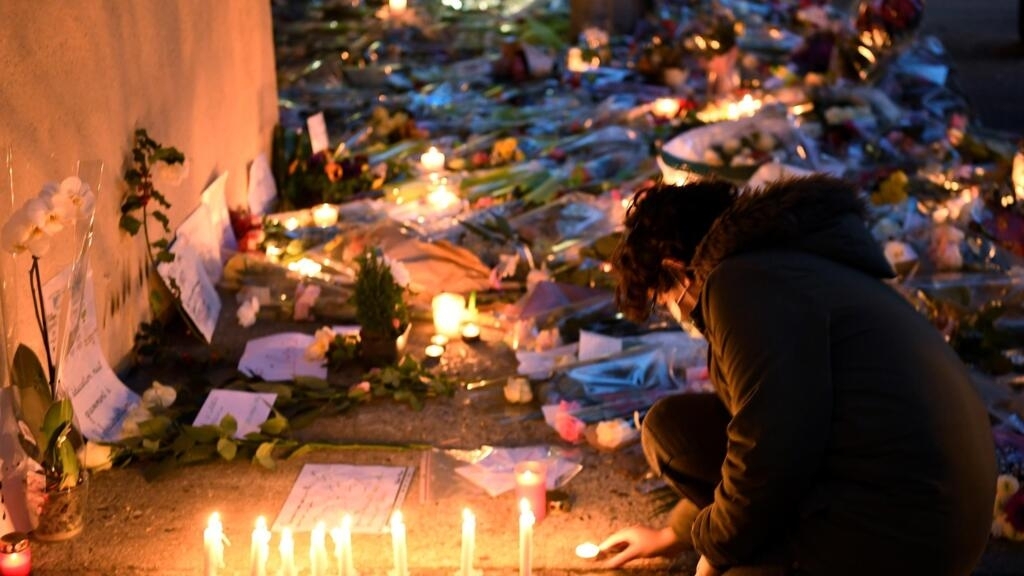 For several months, France has faced a series of attacks on its territory. Violence which differs however from that which occurred a few years ago, but which once again revives the debate around the fight against hate online.

In the shadow of a second wave of Covid-19, the terrorist threat has resurfaced in France, after a series of attacks in recent weeks in Paris and Nice. “The threats against France have never ceased, they have always been regular, but there was an inflection point with the republication of the cartoons of Mohammed, just as the trial of the attacks began. January 2015 (September 2, Editor’s note). Then, the approval of Emmanuel Macron was seen as an affront by a certain number of groups, individuals, even leaders ”, explains to France 24, Laurence Bindner, co-founder of JOS Project, platform for analyzing discourse extremists.

The events are sadly linked. A September 25 stabbing attack near the former offices of the satirical newspaper preceded the October 16 assassination of the teacher Samuel Paty and finally the attack in the Basilica of Our Lady of the Assumption from Nice killing three people. “Each of these events added to the noise and the already existing tension, to lead to a growing fury, which may have galvanized some individuals”, adds the specialist.

Groups linked to Al-Qaeda and the Islamic State group have spilled numerous messages on the Web in recent days, calling for another attack on France and welcoming the assassination of the history professor. However, hatred against the country would now go beyond the sole jihadist sphere.

In recent months, the authorities feared less the threat of an attack prepared from the outside than of individual actions. “Today we have more reason to fear endogenous attacks, although we should never underestimate those projected from outside. The Islamic State group has suffered several defeats on the ground and no longer has the same projection capabilities as it did five years ago. We have witnessed in recent weeks a series of low intensity attacks, with people taking action alone and with the means at hand, ”says Laurence Bindner.

But if analysts agree that terrorist groups are no longer able to stage a massive attack in the West, the threat posed by these individuals acting alone is more dangerous. “The cartoons affair had a huge impact in the Muslim world. Many people felt personally attacked in their beliefs, which widened the spectrum of individuals likely to take action, ”said Wassim Nasr, journalist at France 24 and analyst watchdog specializing in jihadist movements.

Because, according to him, the terrorist attacks committed since September “stem not from political jihad, but from pure fanaticism”. “These people feel attacked in their faith, but do not have a political project as such, such as dividing French society or the departure of French armies from the Sahel. On the other hand, the fact that they act alone and without ties to the jihadist sphere makes their surveillance almost impossible ”.

Proof that the criticisms targeting France go beyond the jihadist sphere (and the anonymous framework), major figures in the Muslim world have also violently criticized the government, such as Pakistani Prime Minister Imran Khan and Turkish President Recep Tayyip Erdogan. A further step was taken on Thursday after former Malaysian Prime Minister Mahathir Mohamad wrote that he said Muslims could “kill millions of French people” shortly after the death of three people, at least one of whom was killed. slaughtered, in the basilica of Nice. The post has since been withdrawn Thursday, October 29, by Facebook and Twitter.

Therefore, if the legal regulation of social networks to fight against hateful content seems to achieve a consensus, the whole question is how. “The subject is extremely delicate because we are walking on a ridge line between the need for freedom of expression and effective interventionism. There is also the problem of the volume of messages. On Facebook, it is estimated that half a million comments are posted per second… ”, notes Laurence Bindner.

A week after the professor’s assassination in Yvelines, Prime Minister Jean Castex announced that the Pharos platform would be “reinforced without delay” by new staff. This specialized service responsible for collecting illicit reports on the Internet has around thirty investigators from the gendarmerie and the police, responsible for collecting more than 200,000 reports per year (228,545 reports in 2019), according to the report. Ministry of the Interior. “Resources still too insufficient” in the face of “the level of violence which continues to increase”, believes the specialist.

“But before taking any action and establishing new laws, one should first learn to discern what amounts to fanaticism, political Islam or armed jihad. The problem is that we mix several notions, ”says Wassim Nasr. And to ask: “How can we find the cure if we make the wrong diagnosis?”