French football in turmoil after the divorce with Mediapro 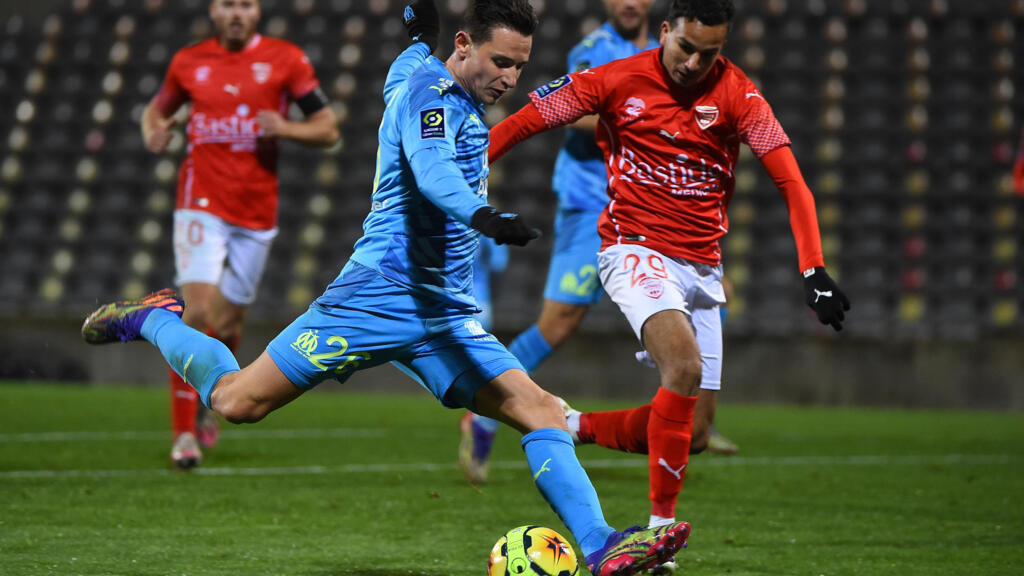 In France, professional football clubs, already weakened by the health crisis, will probably have to draw an end to several hundred million euros in TV rights. The Professional Football League had to terminate the contract signed with the broadcaster Mediapro, unable to meet its payment deadlines.

The League of soccer professional (LFP) has definitely made a very bad deal. The monumental offer of the major broadcaster of Ligue 1, Mediapro, was greeted in 2018 with drums and trumpets, but the LFP decided to terminate, Friday, December 11, the contract with the Sino-Spanish group. Deprived of the manna of TV rights, French football is entering an era of economic uncertainty.

Mediapro’s failure has become increasingly evident since its decision not to meet its deadline in October, then in December, citing the health crisis. The unpaid amount now stands at around 325 million euros in all.

A source with access to the file told AFP that the League should recover its broadcasting rights by December 21. Contacted by AFP, Mediapro declined to comment.

But on condition of anonymity, a journalist from Téléfoot, the ad hoc channel created by Mediapro, said that its employees were “reunited” by videoconference on Friday morning. Its general manager, Julien “Bergeaud, told us, very moved and even on the verge of tears that it was over”, “the blow is monumental”.

Employees were told to continue working for the next few days, he continues. Thus, the editorial staff of Téléfoot was preparing Friday to broadcast normally the 14e Ligue 1 day scheduled for this weekend.

This decision raises many questions. Who will be the future broadcaster of the French championships of League 1 and Ligue 2? If the historic partner of French football, Canal +, were to return to the game, under what financial conditions? What consequences for the economic balance of professional clubs, already weakened by the health crisis, and which risk having to draw an end to several hundred million euros per year?

Finally, what future for the employees and in particular the editorial staff of Téléfoot made up of around fifty journalists? Will subscribers be able to get reimbursed?

A contract worth more than 800 million euros

The release of the Sino-Spanish broadcaster has yet to be validated by the Nanterre commercial court, which had initiated a conciliation procedure on October 19. It will then be a question of knowing precisely the conditions of the exit of Mediapro, several sources close to the file having evoked in recent days the hypothesis of the payment of compensation by the group in exchange for promises to escape legal proceedings.

Wasn’t this fiasco predictable? When the contract of more than 800 million euros per year (out of a record total of 1.153 billion for Ligue 1) was signed by Mediapro, a newcomer in France, many experts had expressed doubts about its viability.

“This confirms that it was not a request for negotiation but indeed a default of payment and it is amply confirmed”, analyzes Pierre Maes, consultant and author of the book “The Business of TV rights”. “When you don’t pay anything in two installments, it’s good that there is a problem.”

In October, the Catalan boss of Mediapro, Jaume Roures, indicated that Téléfoot had 600,000 subscribers, far from the objective of 3.5 million needed in the long term to make the project profitable.

Recently, Jean-Michel Blanquer, the Minister of Education, who oversees Sports, had not concealed the criticisms at the highest level of the State: “We cannot in business life take risks of this type and then call the state like a firefighter with public money. “

Eyes will now turn to Canal +, historic broadcaster of the French Championship, which remains discreet on the matter and has already indicated through his boss Maxime Saada that he would not reinvest “at a loss” in football.

This gives rise to fear of a discount of several hundred million euros per year. A sharp drop that may be difficult to cash for many clubs already weakened by the health crisis and empty stadiums. Asked by AFP, Canal + did not follow up.