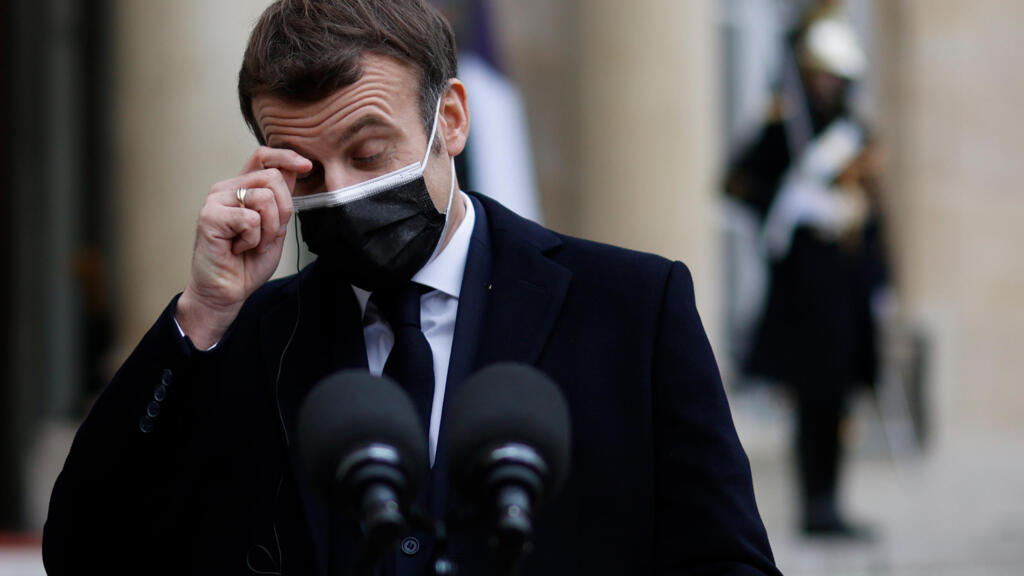 Emmanuel Macron, tested positive for Covid-19 on Thursday, announced the Élysée. In accordance with health instructions, he “will isolate himself for seven days”. Contact cases, Prime Minister Jean Castex, the President of the National Assembly, Richard Ferrand, as well as the First Lady, Brigitte Macron, are placed in isolation.

Emmanuel Macron tested positive for Covid-19, Thursday, December 17, and will isolate himself for seven days, announced the Elysee.

After the diagnosis established by “RT-PCR tests carried out as soon as the first symptoms appear”, the Head of State “will isolate himself for seven days [mais] will continue to work and carry out its activities remotely, ”added the presidency in a statement.

Many politicians are in solitary confinement

The president’s wife, Brigitte Macron, who shows no symptoms, is still in solitary confinement, his services have announced. “She is in contact with no symptoms. She will have to isolate herself but continue her activity by videoconference,” it said.

The first lady was tested on Tuesday before a visit to Saint-Louis hospital, her secretariat was told.

Likely to be a “contact case”, the Prime Minister, Jean Castex, has also placed himself in isolation, announced the President of the Senate, Gérard Larcher, at the opening of a meeting during which the head of the government had to present France’s vaccine strategy.

The Minister of Health, Olivier Véran, delivered the speech of the vaccination plan in his place. He said he had a “special thought” for the President of the Republic.

The President of the National Assembly, Richard Ferrand, but also some presidents of political groups such as Valérie Rabault (PS) or Olivier Becht (Agir ensemble) – who had lunch on Tuesday with the head of state – canceled their meetings or have isolated themselves, parliamentary sources told AFP.

This is also the case for the Minister of Relations with Parliament, Marc Fesneau (MoDem), who has seen the Head of State on several occasions this week, especially on Monday with the Citizen’s Convention for the Climate.

The President of the European Council and the Head of the Spanish Government, contact case

Olivier Becht also stressed to AFP that he applied “the precautionary principle” and isolated himself “in the constituency”, specifying that it was the “sixth time” that he was in contact. But he believes he has “little chance” of having caught the Covid-19, because he was far from Emmanuel Macron at the table. He noted, however, that “the room was not ventilated”.

The boss of the Communist deputies André Chassaigne, who was already affected by the Covid-19 during the first wave, isolated himself, according to the PCF.

Jean-Christophe Lagarde, president of the UDI group, was “far” from Emmanuel Macron “except for a minute” but each with a mask, he told AFP. And to slip: “My anti-Covid app does not notify me of a risky contact, assuming it has downloaded and activated it”.

The President of the European Council, Charles Michels, as well as the head of the Spanish government, Pedro Sanchez, are also isolating themselves as a precaution after meeting Emmanuel Macron. German Chancellor Angela Merkel also met the French President at the last European Council last week.

“We all wish him a speedy recovery”

He himself was a victim of a severe form of Covid-19 which required, at the beginning of April, his hospitalization for three nights in intensive care then a long convalescence.

More than 59,300 people have died from the coronavirus in France since the start of the pandemic, according to official figures. The recording of more than 17,000 new cases on Wednesday also raised concerns, with people shopping and traveling more intensely before the Christmas holidays.