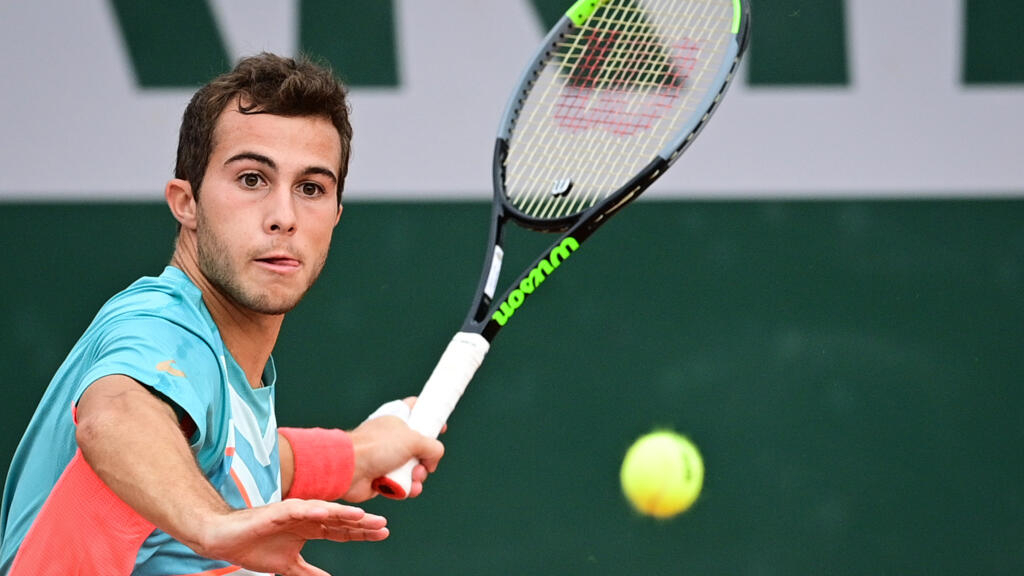 The young Hugo Gaston won on Wednesday evening against the Japanese Yoshihito Nishioka, and becomes, against all odds, the ultimate French representative in the men’s table during the third round of Roland Garros.

Only one French player will appear in the third round of Roland Garros and it is not what we expected: the last survivor of the eighteen male entries is Hugo Gaston, just twenty years old, 239th in the world and who is only playing his second Grand Slam.

With only one representative at this early stage Porte d’Auteuil, French men’s tennis has had its worst record in ten years. Very clever one who could have imagined on the starting line that the young Hugo Gaston would be the ultimate French representative in the male table. Even he is surprised to reach this level of the tournament: “I did not expect it, necessarily,” he admits before tackling the 2015 winner Stan Wawrinka.

Because three days ago, Gaston had not yet won any Grand Slam match. His only experience, at the Australian Open last January, ended in an entry setback. On Parisian clay, he successively got rid of his compatriot Maxime Janvier (7-6 7-5, 6-4, 6-3) on Monday, then of the Japanese Yoshihito Nishioka, classified at the gates of the top 50, in four sets (6-4, 7-6, 3-6, 6-2) Wednesday.

“I am inspired by Nadal”

“I don’t have the size to make three aces per game, so I have to find other solutions,” he explains from the height of his modest 1.73 m. As for the attitude, “I am inspired by Nadal”, confided the Toulousain.

Ranking requires, we legitimately expected more at the meeting Gaël Monfils or Benoît Paire, the only two French seeds, even if both did not arrive in full possession of their means. But for Monfils (N.9), disoriented since the post-Covid-19 recovery, Roland-Garros was cut short from the start, with a match to be forgotten against the Kazakh Alexander Bublik.

Like Monfils, Richard Gasquet and Gilles Simon were stopped in the first round. Jo-Wilfried Tsonga and Lucas Pouille were absent from this fall 2020 edition.

No bad surprise, however, among the contenders for the title: Rafael Nadal like Dominic Thiem continued their journey without wasting time. The first by leaving only four games (6-1, 6-0, 6-3) to the American Mackenzie McDonald (236th), the second by avoiding a fourth set thanks to three set points spread against another American, Jack Sock 6-1, 6-3, 7-6 (8-6).

Another event that marked the day, the package of Serena Williams. The American, who is desperately chasing a 24th major title to equal Margaret Court’s record, is still suffering from her left Achilles tendon affected at the US Open. “It’s an injury you don’t want to play with, because it’s not good if it gets worse,” she explained.

In the rest of the women’s table, Caroline Garcia (45th) showed the way: she rallied the third round by overpowering the Belarusian Aliaksandra Sasnovich (92nd) 7-6 (7/5), 6-2 despite a painful left knee. The last three French women in the running, Fiona Ferro, Alizé Cornet and the young Clara Burel, will try to imitate her on Thursday.

Limoges traders organize themselves against the giant Amazon